A building in demolition collapsed and crushed a bus in South Korea: at least 9 dead 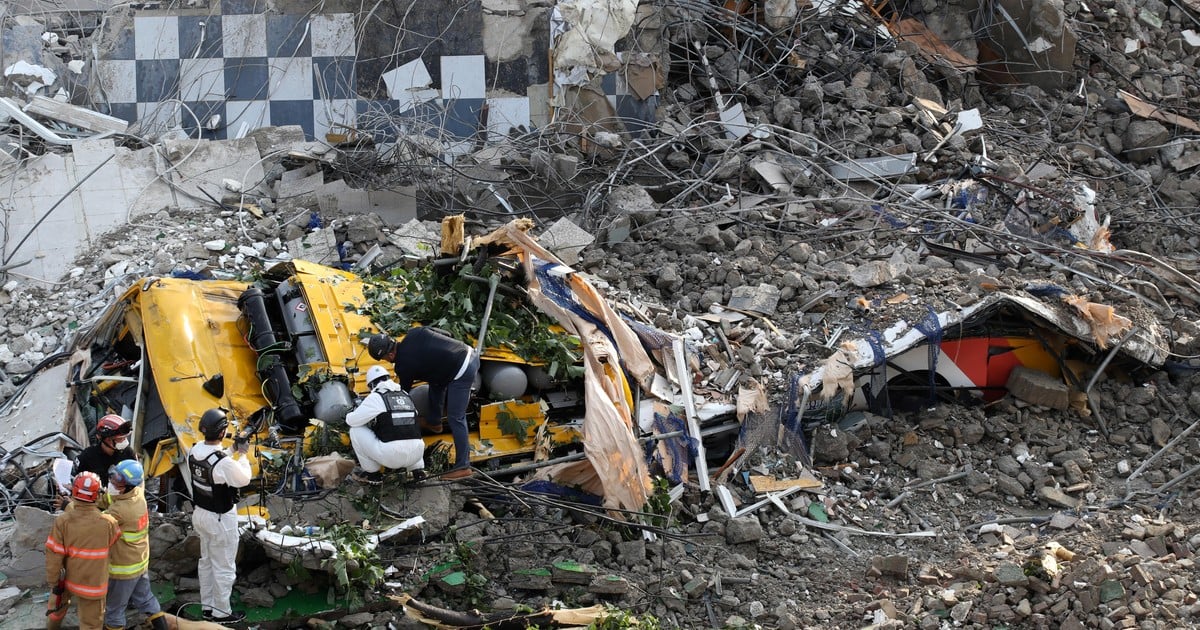 At least nine people died after the collapse of a building that was being demolished in Gwangju, a city in southern South Korea, and smashed a bus that had stopped in front of the construction.

Meanwhile, the authorities reported that eight other people were seriously injured. The building had five floors and the reason for the collapse is not yet clear.

The first conjectures after the collapse indicated that two vehicles had been trapped under the rubble, although a video captured by a security camera confirmed that it was a single group.

A building collapsed and crushed a bus in South Korea. Photo EFE.

Rescue teams were still working Wednesday to locate potential construction workers who were participating in the demolition operation or pedestrians passing by at the time of the collapse.

Another video shows first responders with stretchers and bars searching for possible survivors, while bulldozers worked on a huge mountain of concrete and twisted metal debris, scattered over a street.

The building’s occupants, residents and workers, had been evacuated before it collapsed, the fire official said. Kim seok-sun to local television. The adjacent pedestrian zone had been cordoned off, he claimed.

One of the worst building collapses, regardless of an attack or war, occurred in South Korea in June 1995, when department stores Sampoong Seoul collapsed killing more than 500 people.