A broken jaw and several fewer teeth for being gay 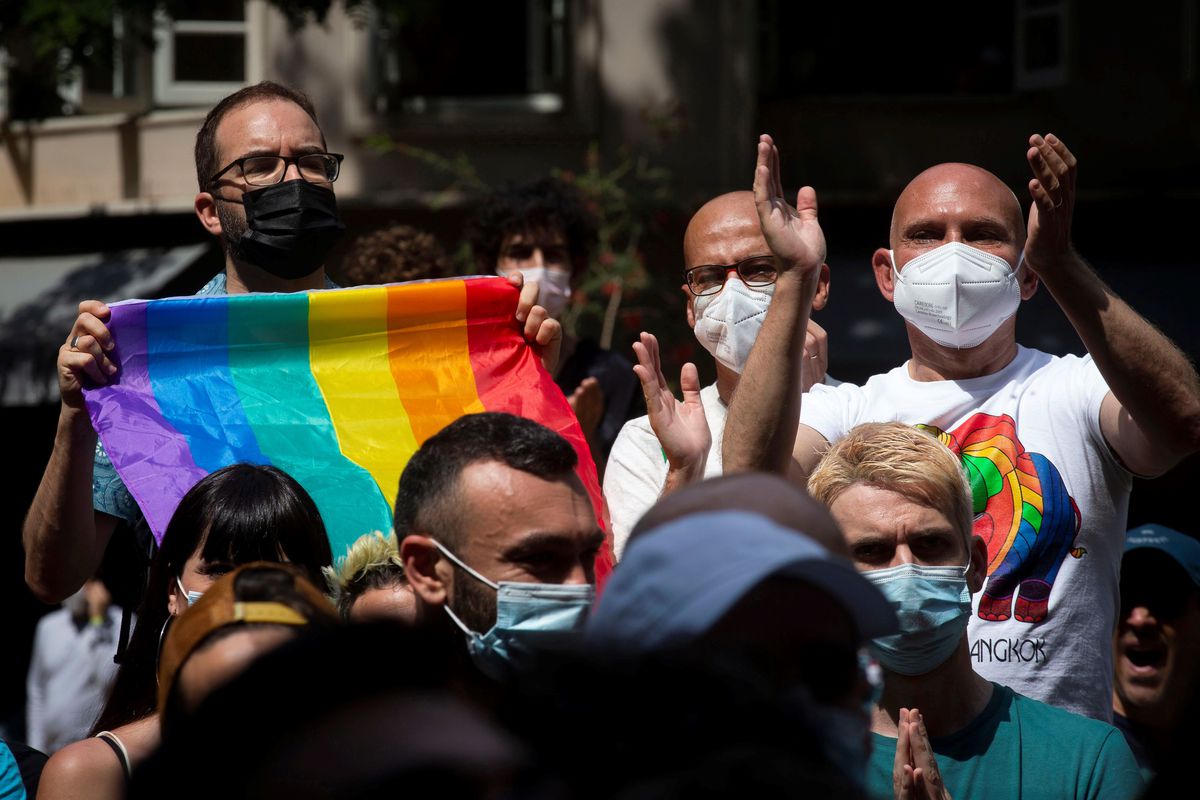 They spend a few minutes after ten at night on Saturday 29 May on the Somorrostro beach in the Barceloneta neighborhood of the Catalan capital. Two gay couples have just met another heterosexual couple in the sand. Nightlife remains closed due to the covid but Barcelona has not ceased to be the cosmopolitan city before the pandemic. The six young men sit in a circle on the sand. They laugh, have a drink, talk and let the night pass. One of them sees that four individuals are approaching. One of the intruders yells as he approaches: “You fucking fagots.” Another spits, catching up with one of the seated youths. A third party improvises an incomprehensible verbal threat: “Whoever raises an eyebrow I cut the neck”. From that moment on, that point of the Somorrostro becomes a storm of punches, kicks and blows. One of the intruders pushes the heterosexual couple away and the rest of the aggressors take out the four gay men. A coup brings Israel down (not her real name). He tries to get up but receives a brutal kick in the mouth that leaves him semi-conscious on the sand. Israel’s jaw is broken and has lost several teeth. The other three attacked were luckier and, despite the injuries and bruises, they did not require medical intervention.

The Somorrostro attack has been one of the most serious that is remembered against LGTBI people in Barcelona. This Saturday morning there was an act of protest in the center of the Catalan capital, against any act of lgtbiphobic aggression. “We did not know of violence like that of last Saturday in the Somorrostro. It is a very serious crime with very serious injuries ”, has admitted the president of the Observatory Against Homophobia of Barcelona (OCH), Eugeni Rodríguez. The last aggression of a similar intensity took place in January 2019 when some young people beat Diego Martos in the Urquinaona metro station after shouting at him: “You are not a man, you are a fag.” It took six stitches. Martos, after recovering, fled the city. Barcelona has become a place where attacks on the collective are not exceptional incidents and, unfortunately, they are on the rise.

Manu Peinado, president of the LGTBI platform of Catalonia, denounces that the growth of the extreme right in Europe has caused an increase in violence against the group and Catalonia is no exception: “We are in a moment of cultivation of extreme hatred. Right and that message is being assumed by many young people with disastrous results ”. The Councilor for Citizen Rights of the Barcelona City Council, Marc Serra, interprets that a decade ago the statistics did not record data on lgtbiphobia in the city. “In Barcelona we have an intervention protocol for this type of crime. The prosecution acts and the Mossos investigate. This makes it more visible and denounced here than in other places where events such as Somorrostro would have been classified as a fight, simply, without any type of homophobic appreciation ”.

The latest report on the evolution of hate crimes in Spain published by the Ministry of the Interior is from 2019. The document highlights that that year 278 hate crimes were “known and registered” throughout Spain that discriminated on the basis of “sexual orientation and gender identity”. Only in 2019 the Observatory Against Homophobia of Barcelona (OCH) was aware of 160 homophobic acts throughout Catalonia, while in 2020 there were 189.

“The most common incidents are those of 16 or 17-year-olds who go out on weekends, meet a gay couple and insult them, neighborhood communities that make life impossible for someone just because of their sexual condition, malpractice in the world of work or insults on social networks that are the great garbage of hatred ”, explains the president of the OCH, Eugeni Rodríguez. So far in 2021, 80 LGTBI people in Catalonia have suffered the consequences of hatred in 77 recorded incidents. As in other years, only between 16% and 20% of incidents will end in a criminal complaint and very few with a conviction.

In Spain there is no observatory against state homophobia, but in 2016 one was created in Madrid. Its director, Rubén López, assures that in the capital of Spain there are between 270 and 300 incidents of this type a year. “The problem that worries me about Barcelona is that there is an aggressiveness that we only knew at the beginning of the creation of the Madrid observatory. I think that in the Catalan capital there is a lot of visibility of the group, as happens in Paris and Berlin, and that puts them in the spotlight of the violent ones ”, laments López. The director of the Madrid observatory assures that the majority of aggressors are under 35 years -both in Madrid and Barcelona- and are people who “have already known equality and have even seen a gay minister.” “I think the problem is that they see a homosexual and associate him with a left-wing political position. Society with the rise of the extreme right is very polarized and that puts us in a bad situation ”, he reflects.

Cristian Carrer is a social psychologist and technical coordinator of the Barcelona OCH. He was one of the first to attend to the victims of the Somorrostro. “Israel is the one that has suffered the most serious consequences. He is unable to repeat what happened to him because he continually re-victimizes himself. They have attacked him for his sexual condition, they have broken his mouth, this week alone he has been spending more than 500 euros in dentists. Money you don’t have. They have screwed up his life just for being gay ”, denounces Carrer. The wounded man is of Colombian origin and lives with his partner in Terrassa. He has no job, is in a very vulnerable situation and still does not know how he will finish paying for the reconstruction of his mouth. “Most of those affected suffer from post-traumatic stress. Any noise, anyone who does not fit them puts them on alert, they have difficulty sleeping, they think 24 hours a day about what happened. They avoid some places and for safety reasons they try to hide their sexual condition ”, laments the psychologist.

No one has identified the attackers. They did not use weapons, although one of them continually put his hand in his pocket as if he were going to wield a knife. During the attack, one lost a bandolier that is in the hands of the Mossos d’Esquadra. “They are between 25 and 35 years old. They do not have skin or ultra aesthetics. The victims say they would be able to recognize them. After the attack, they quietly left the beach. The rest of the groups in the area did not intervene at any time. Even when the victims approached to ask for help, a group told them to stay away because they did not want problems, “denounces the psychologist.

The president of the Barcelona OCH recalls that Spain needs to strengthen policies against homophobia and warns that the number of attacks and insults that are not reported is very high. “We have naturalized that they can insult us, question us, harass, discriminate …”, he regrets. “In Spain, if they call you a shitty fag, it is not criminally punished,” Rodríguez recalls. “Our collective needs the conviction that our safety is guaranteed and that we can make ourselves visible on the street,” claims the activist.

The Somorrostro attack was not the only one on May 29 in Barcelona. In the morning, a young man was attacked in the Gràcia neighborhood because another person was bothered by encountering a homosexual on public roads. In the afternoon, a young man was punched in the nose, for the same reason, near the Auditori de Barcelona. They were acts without connection to each other perpetrated by different aggressors and did not require health intervention. The complaints are in the hands of the Mossos d’Esquadra. The Councilor for Citizen Rights, Marc Serra, warns: “The aggressors must know that there will be no impunity, in this city, against those who exercise hatred and intolerance.”

Leaders of the PSC, ERC, Comunes and Junts as well as the Minister of the Interior, Joan Ignasi Elena, and the Minister of Social Law, Violant Cervera, attended the event held this Saturday in rejection of the lgtbiphobic attacks in the Sant Antoni neighborhood of Barcelona.