A bridge between the academic and the work world 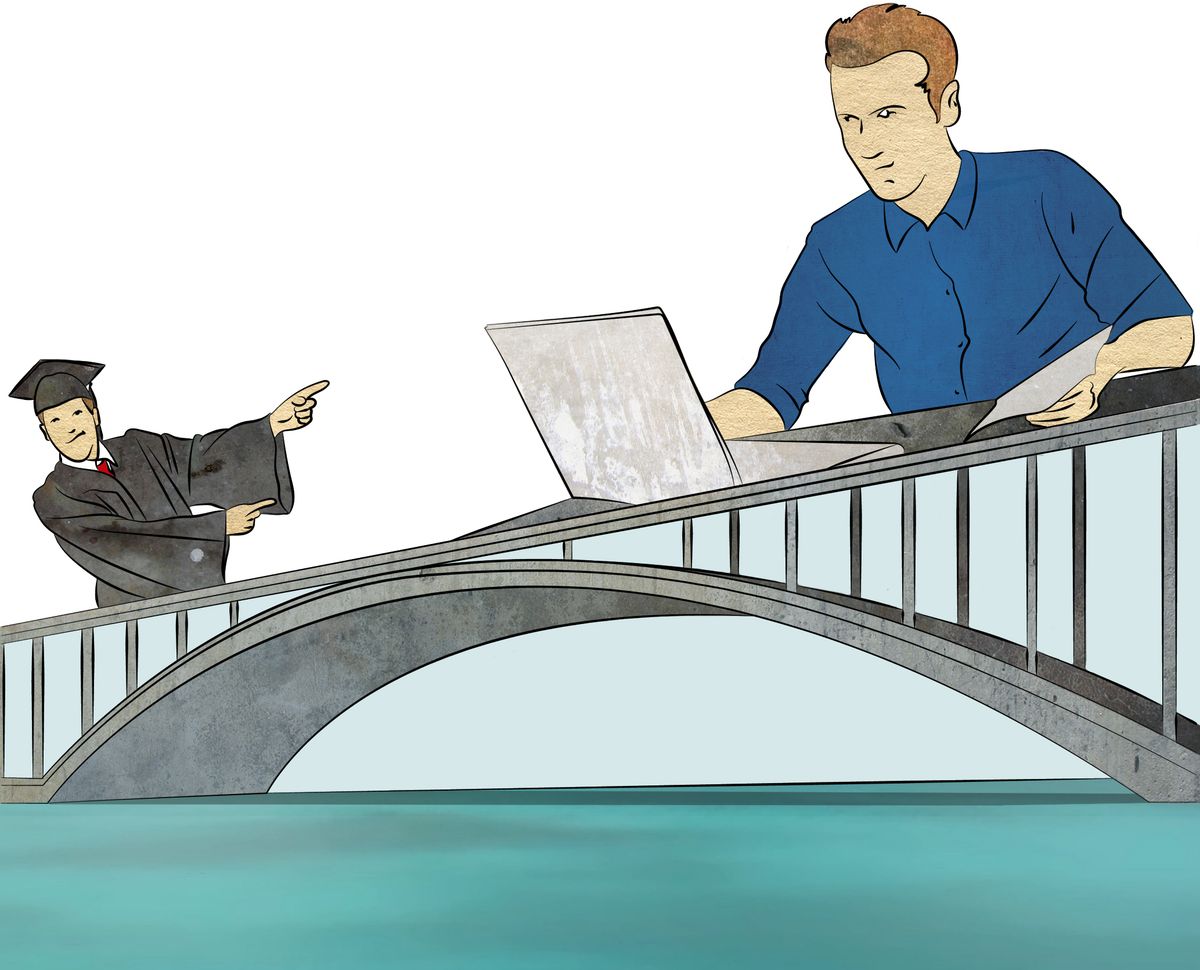 Universities are the largest providers of knowledge. The transfer of this knowledge to society is done in the form of research and education. One of the consequences of digital disruption, and of the increasingly ubiquitous artificial intelligence, is that part of the workforce is being left out of the system because their jobs are no longer needed either because they are performed better and cheaper by machines, or good because they are done by other workers with 21st century skills. Half of today’s workforce, regardless of their initial qualifications, will need to update their skills in the next five years, according to European estimates. This dilemma is creating a huge gap that places us before the need to readapt the transmission of knowledge to the new content that the labor market demands and to the new formats that technology offers.

A Harvard study by Professor David J. Deming found that the skill base of many jobs changed by as much as 40% in the last decade. Given the pivotal role of universities in this transfer, it is necessary that the efforts of academic institutions, as well as public and private employers, be coordinated to train students in the new skills demanded, since the current model does not offer sufficient agility, flexibility or relevance to respond to a constantly changing job reality.

One of the solutions to reduce the gap between the demand for new skills, the shortage of supply of these skills and the guarantee that this supply is of quality are micro-credentials. As in video games, micro-credentials are born from a very simple idea: as you go through phases or achieve challenges, you certify these advances with a digital badge. The challenge is in how we build bridges between the world of work and the academic world through these certifications.

In order for us to be successful, it is essential that we focus on three objectives. First, that the law of the market prevails. The transformation that the work environment is undergoing is such that academic institutions, employers and users need to focus on the skills that are really in demand for the digital economy. According to a Manpower study carried out in 2020, 41% of executives in Spain declared that year that they had problems finding talent with which to fill vacancies, the highest percentage registered in the last decade. In order to reduce these problems, it is necessary to offer a portfolio of attractive, reliable and simple micro-credentials with which to build clear itineraries that allow students to have visibility and control, as in video games, of where each of the phases takes them. exceeding and consequently how they add up to other past credentials. Furthermore, these micro-credentials are particularly useful for those who are already in the job market, but require a number of additional skills to remain relevant (upkilling Y reskilling).

Second, that we all speak the same language: for example, we cannot allow anyone who takes a course on data to become a “data scientist”, training that typically requires several years of intense and regulated immersion. Specifying what is learned and at what level is key. This lack of a common standard, visibility and transparency can hamper employment, mobility and ultimately growth. Definitions currently enforced by many states, including European standards, appear outdated. On the other hand, we have to contemplate the increasingly present possibility that actors outside the academic environment such as technology companies can train in certain digital skills, as long as they adhere to that common language, which the academic world can validate in more training. complete. This is essential since, if not, we will see – as is currently the case – an infinity of low-quality educational providers that offer pills that do not provide an adequate transmission of the necessary knowledge and, therefore, any credibility to employers begin to expand. , and that, consequently, will end up being worthless generating enormous frustration to its users.

Finally, in a world where things can be done more agile and reliable thanks to the decentralized validation powers of technologies such as blockchain, we cannot wait for a super-body to govern micro-credentials or another Bologna agreement. It would be enough to define the general rules and a reliable technology, giving the user absolute control and full ownership of their data.

The Spanish Digital Competence Hub seems to have identified some of these points mentioned and it seems that there is harmony between the public and private sectors to move in this direction. In general, it is important that European universities and other academic institutions understand the fundamental role they have to play in transforming talent in the Member States, and the constant efforts they will have to make to innovate and align their programs and formats with the needs of employers in the digital age. If the micro-credentials, on which the academic pathways are based, have a clear focus on the demands of the labor market, with a simple and clear taxonomy and in which all stakeholders have confidence, we will have a unique opportunity to bridge the gap between employers, employees and educators, especially when it comes to digital skills. I hope that Europe is agile in defining its micro-credential policy and that we can advance along the three lines outlined.