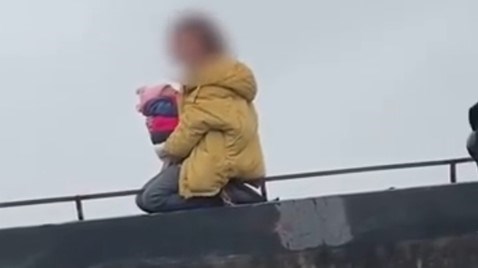 ABU DHABI (Al-Ittihad) – A brave firefighter rescued a woman who attempted suicide by jumping from a tall building while carrying her baby.
The “Global Times” website reported that a woman was seen carrying a child in her arms while bending over a wall fence on the balcony of a building in “Changzhou”, Jiangsu Province, east China.
The woman was hysterical and screaming forcefully to ask the firefighters, who had come to save her and her baby, to stay away.
However, a fireman managed to jump suddenly, grabbed the mother and her baby and pulled them from the edge of the balcony.
Internet goers praised the fireman’s bravery. The incident also sparked a debate about postpartum depression. Some wondered what might have happened to the mother to try to end her life and her son.

HS Vantaa Hannu Santala teaches his two dogs to look for mold – He offered sniffing services for free, and messages started to come in the buckle