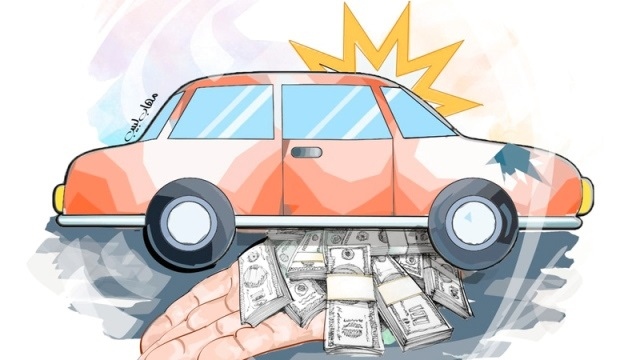 The Abu Dhabi Court of Appeal upheld a first-degree ruling obligating a (Asian) barber to pay a (Gulf) woman 70,350 dirhams for the value of a car that she bought and registered in the name of the barber due to traffic offenses that prevented her from registering the vehicle in her name, so he seized it and refused to return it.

The details of the case refer to a woman filing a lawsuit against a barber, demanding that he be obligated to pay 70 thousand and 350 dirhams and the late interest of 12%, and in return for the attorney’s fees, indicating that she bought a car with the amount of the judicial claim, and given that she has some obstacles that prevent her from registering the car in her name, which she registered in the name When the barber asked him to transfer the ownership of the car or refund its value, he refused, and presented a scanned image of a tax bill showing the purchase of the vehicle.

For his part, Al-Hallaq denied the plaintiff’s statements and decided that he bought two vehicles from them, the first at a value of 85,000 dirhams, and the second at a value of 25,000 dirhams, indicating that there was no sale contract because the sale was verbal between them and he paid the value of the vehicle in cash without having witnesses to the incident of the sale. A degree of obligating the defendant to pay the plaintiff an amount of 70 thousand and 350 dirhams, and the legal interest at the rate of 4% from the date of the claim until full payment, not exceeding the principal debt, fees and expenses.

The defendant appealed the appeal against the judgment, denouncing the violation of the law and prejudice to his rights when the burden of proof was transferred from the plaintiff to the defendant by his determination of the records of his judiciary, which stated that the court was not satisfied with the defendant’s statements and asked him to prove the fact of the sale.

The Court of Appeal stated in the merits of the ruling, that the appellant at all stages of the trial admitted that he had no evidence of his private ownership of the vehicle and that he had no witnesses nor a sale contract, even if customary, and there was no acknowledgment by the seller, and therefore what he claims is not consistent with reality and the law, and the means to challenge him are unlawful. Basis and the appealed ruling was issued in accordance with the correct law, and the court ruled to accept the appeal in form, and in the matter to reject it, confirm the appealed judgment, and oblige the appellant to pay the fees and expenses.

Corona postpones a match for the Italian league leaders

The age of print !: From the UK to Spain, Terenia reflects on a career in the media – Olive Press News Spain

Is a mecha-verse coming? Gundam will have live action