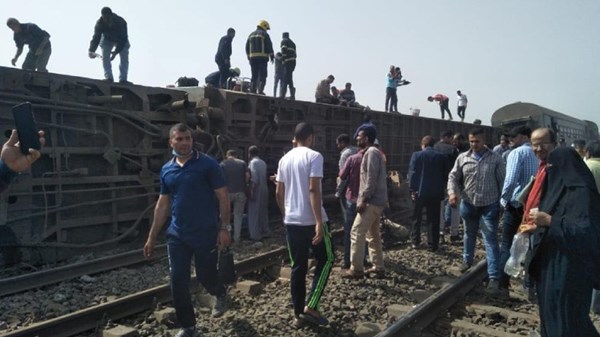 97 people were injured in a train accident that occurred Sunday in Qalyubia Governorate in the Nile Delta, according to the Egyptian Ministry of Health.
The statement did not indicate any deaths as a result of the accident.
The statement quoted Ministry of Health spokesman Khaled Mujahid as saying that “all the injured are receiving necessary treatment and medical care in hospitals.”
The official Facebook page of Qalyubia governorate indicated that some train cars left the tracks without explaining the reasons.
The Egyptian Minister of Health, Hala Zayed, went to Al-Qalboubia Governorate to “follow up the health status of those injured in the accident.”
And 20 people were killed and about 200 injured in a train accident that occurred last month in Sohag Governorate, in Upper Egypt. The Public Prosecution Office reported last week that the train driver and his assistant were not in the driving car at the time of the accident.

The Union's K question: Söder just has to watch

FAZ exclusive: Laschet makes it clear: My place is in Berlin