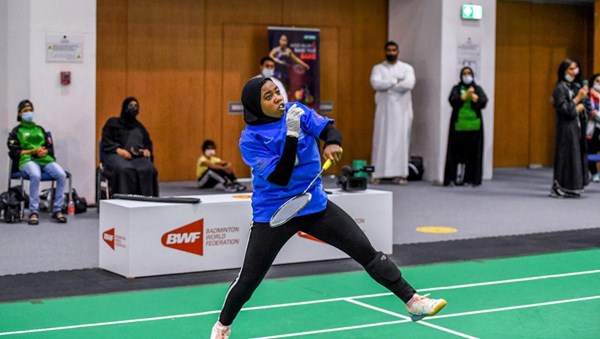 Dubai (Etihad)
The first edition of the women’s Badminton Summer Championship, organized by Al Nasr Club in cooperation with the Dubai Sports Council and the Badminton Committee, will start tomorrow, with the participation of 95 female players from the UAE and many nationalities residing in the country, competing to win the titles of the four championship competitions, singles, nationals and expatriates, and pairs of nationals and expatriates.

Nisreen Ali bin Darwish, Head of the Women’s Activities Department at Al-Nasr Club, confirmed that preparations have been completed for the launch of this tournament, which the Women’s Sports Committee in the Blue Castle was keen to hold, with the support and sponsorship of the club’s board of directors and the Al-Nasr Sports Company led by Abdul Razzaq Al-Hashemi and his deputy Marwan Sinkel to provide the most ways Success for this tournament, which is being held for the first time within the activities and activities of the women’s summer camp.

Nasrin pointed out that Al-Nasr Club is the first among the state clubs to introduce badminton for girls since last November, to include it alongside many women’s sports in the Blue Castle, which aims to spread the game among the elements of the fair sex.