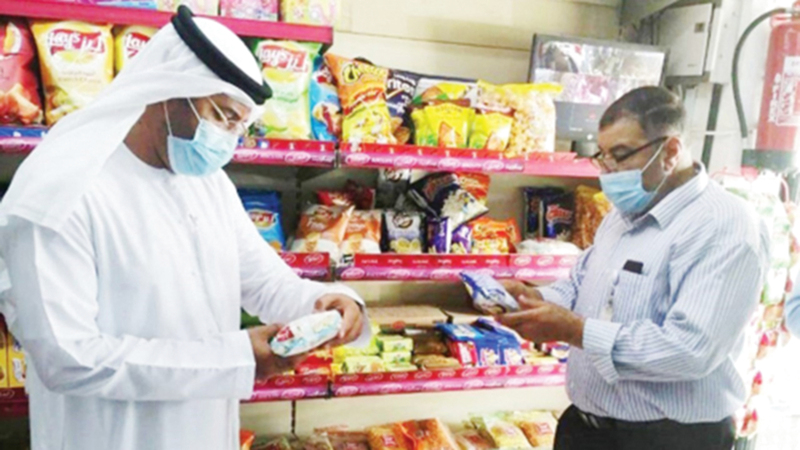 Fujairah Municipality recorded 84 violations during the inspection visits to health centers and food facilities in the city, which did not comply with health requirements, and issued 94 warnings, during the month of May.

The municipality is implementing its inspection campaigns on food and health stores in various regions of the Emirate of Fujairah, including central and popular markets, to ensure their compliance with health requirements and their application in accordance with food safety standards.

The municipality confirmed that the most prominent violations that were recorded were the failure to maintain and display foodstuffs at appropriate temperatures, the failure of the facility official to implement the necessary procedures, lack of interest in maintaining and cleaning sewage openings, and failure to maintain the cleanliness of the facility, such as floors, ceiling and behind equipment, in addition to To the lack of commitment by some establishments to train workers, and others were released due to the facility not fulfilling the necessary licenses, such as non-renewal of the expired commercial license, damage to the front panels of shops, non-application of the imposed physical distancing law, and neglect of wearing a mask and gloves.

The municipality is intensifying its campaigns on food and health facilities in the emirate, to ensure their compliance with the application of health requirements, to verify the validity of foodstuffs provided to consumers, in addition to controlling the wrong health practices practiced by workers in those facilities, providing advice and instructions, and directing their workers to best practices.