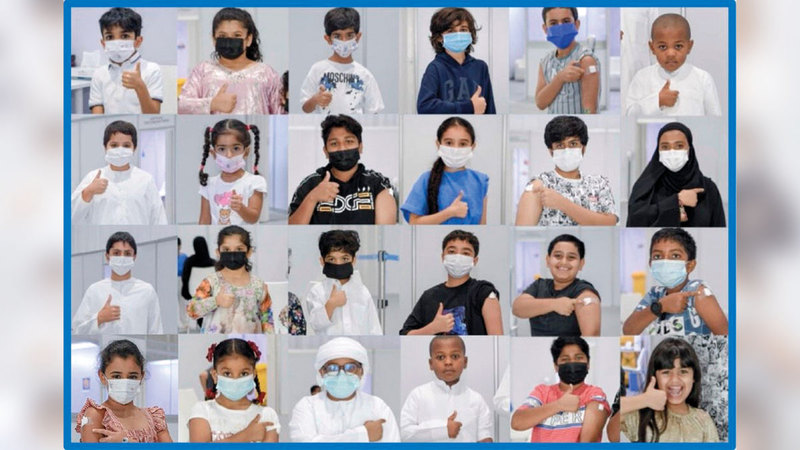 The Abu Dhabi Department of Health announced the completion of the required number in the supplementary study of the immune response to the Sinopharm vaccine for children aged between three and 17 years, which was approved by the Department under the supervision of the Ministry of Health and Community Protection, after proving the effectiveness of the vaccine in reducing infection rates and symptom severity among the target groups. . The study witnessed the participation of 900 children of all nationalities.

The department explained that the study witnessed a large turnout from volunteer children and their families, as each child participated in this study after the full approval of the guardian, and they will be closely monitored and followed up, and parents and children were provided with full details about participation, and they will receive the necessary support during each step of it.

The lead researcher for the clinical trials of the “Covid-19” vaccine, and the Executive Director of Medical Affairs at Sheikh Khalifa Medical City, Dr. Nawal Al Kaabi, indicated that more young volunteers were stopped in these trials, due to the completion of the desired number within a short period, advanced thanks to all Those who participated and took the initiative to register in support of the state’s efforts to confront the “Covid-19” pandemic, as this reflects the confidence of citizens and residents in the long-term recovery plan pursued by the rational government, as well as their confidence in the efficiency of the health sector in the state.

The UAE is the first country in the Middle East and North Africa to conduct a study of the effectiveness of the vaccine for this age group, while vaccine-manufacturing countries, such as China, the United States of America, Britain and India, began conducting clinical trials for them during the past few months.

It is expected that the preliminary results of the study will be announced as soon as they are available, which will help in the planning process and preparation for returning to school and the safety of students.

DS Automobiles is in a hurry, electric in three years

The supplier recommends Leonard Cohen and John F. Kennedy look straight into the eyes – Going to a photo exhibition with headphones in the ears deepens the enchantment of the images