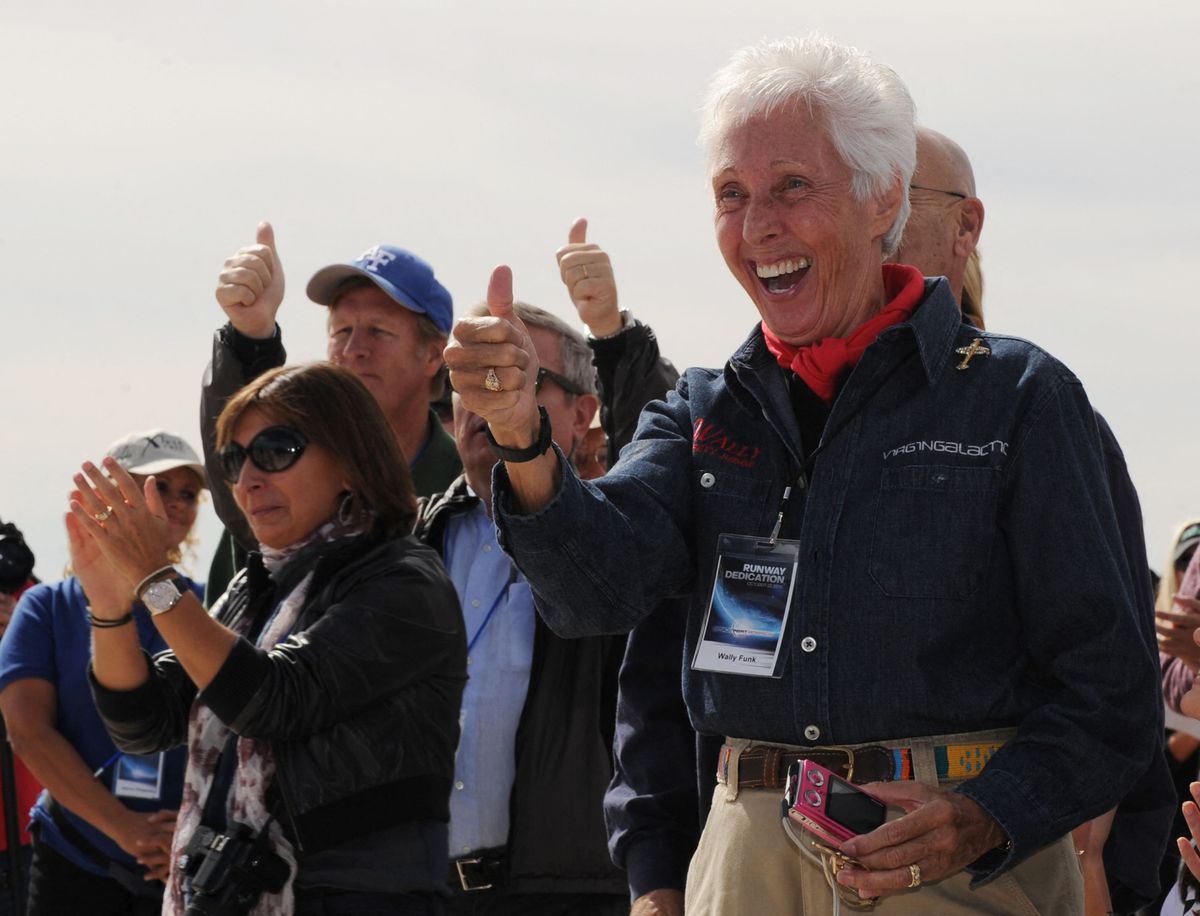 In the early 1960s, when the American space program was still in its infancy, a project called Mercury 13 was launched to test female astronauts. They managed to pass all the tests, even with a better grade than their peers, but the Government decided to leave them on Earth. Among them stood out the audacious Wally Funk, a pioneer of aviation, one of the best of this promotion canceled due to machismo from the authorities and NASA, as it later became known. He was a victim of the sexism of the space race, but now Funk has a second chance: tycoon Jeff Bezos has just announced that Funk will accompany him and his brother in a suborbital return of his company Blue Origin. Funk, 82, will also be the oldest person to leave the planet.

In a post in their social networks, Bezos writes: “No one has waited more than her.” And in a video, he poses this scenario to Funk: “You are in zero gravity for four minutes, you descend, you land softly on the surface of the desert, you open the hatch and you go out, what is the first thing you say?” And the brand new astronaut exclaims: “Honey, it’s the best thing that has happened to me in my life!” And gives him an enthusiastic hug. Despite the setback of the Mercury 13 project, Funk never gave up becoming an astronaut, convinced of her preparation, and continued to volunteer from the moment NASA allowed women on its space flights. Despite the repeated slamming of the US agency, Funk kept trying and paid $ 200,000 to Virgin Galactic (the rival of Blue Origin) for a ticket.

Bezos gradually offers information about this suborbital flight, in which it will leave the Earth’s atmosphere for a few minutes, but without even going around the planet completely. The trip is organized by his space rocket company, Blue Origin, and is scheduled for July 20. Two weeks ago he announced that a space tourist bid 28 million dollars (almost 24 million euros) to sit in one of the four seats that will be occupied in the rocket New Shepard.

In the video posted by Bezos, the future astronaut says: “I love doing things that nobody has done before.” And he says that, during the tests of the Mercury 13, they told him that he had passed the astronaut tests better than anyone. That project was launched by aerospace doctor Randy Lovelace, who devised the demanding tests of aspiring astronauts, convinced that women had an advantage over men because of size and weight, but also because they demonstrated more resistance in physical and psychological tests.

It’s Wally Funk’s second chance: “No one has waited longer than her,” says Bezos

But as soon as NASA learned that this program was underway, it demanded that it be canceled. The astronauts did not back down and took the matter to the US Congress criticizing that they were left out just because they were women. The US banned women in space until Sally Ride succeeded in 1983. In those appearances before politicians, astronaut John Glenn even said (years later he repented): “The fact that women are not in this field is a reality of our social order ”. Vice President Lyndon Johnson wrote, to definitively close that door to women: “Let’s stop this now.” Six decades later, they have failed to stop Wally Funk, who will return to do what no one has done before: be the first person in space with more than 80 years. Until now, the oldest person in space had been precisely John Glenn, who will now be second to one of the Mercury 13s.