82 million refugees in 2020, record number of people on the road despite corona | Abroad 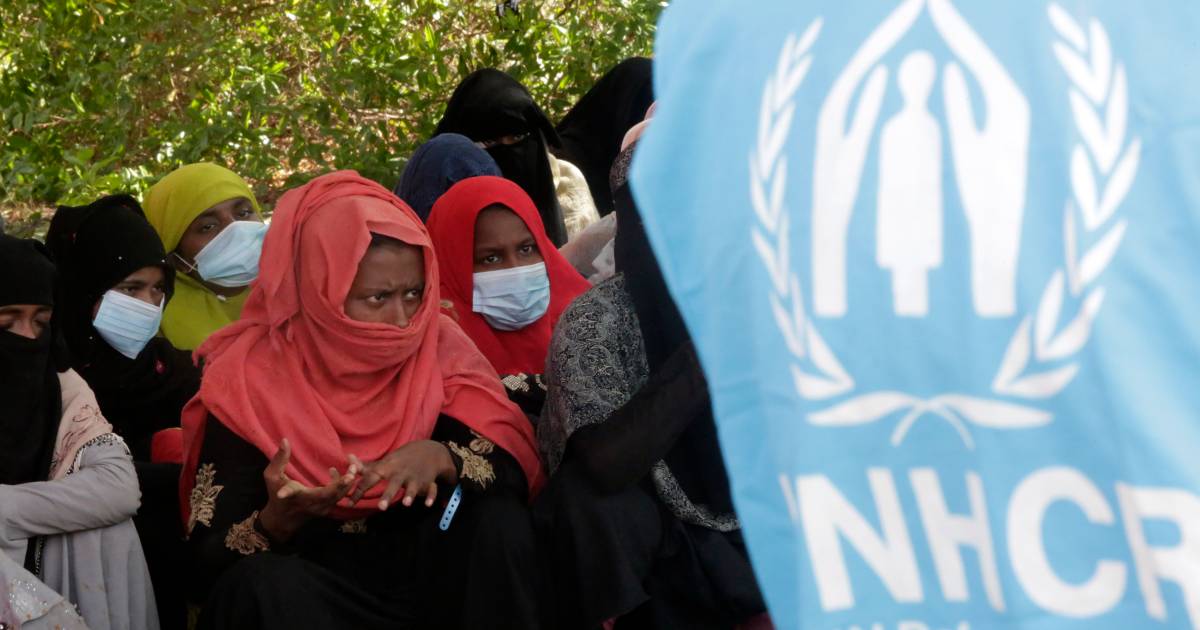 The number of refugees in the world has increased again. For the ninth consecutive year. Andrea Vonkeman, head of the Dutch branch of the UNHCR, is shocked by the figures.

Despite the pandemic and all the travel restrictions that come with it, last year more people than ever fled war, violence, persecution and human rights violations. Compared to 2019, which was already a record year, 2020 only got worse. 82.4 million people worldwide have been forced to flee, according to figures released today from the UNHCR, the United Nations refugee agency.

In numbers it is an increase of about 4 percent. But each figure represents a person who has been driven from their home and is faced with a story of displacement, loss and suffering, said Filippo Grandi, UN High Commissioner for Refugees. “These people deserve our attention and support, not only with humanitarian aid, but also in finding solutions to their plight.”

The impact of corona was clearly noticeable in 2020. Borders were closed, there were various travel restrictions, not only for refugees of course, but for everyone. There are countries that have taken advantage of this, notes Andrea Vonkeman, head of the Dutch branch of the UNHCR. “At the height of the pandemic, 164 countries had closed their borders, 99 of which made no exceptions for people seeking asylum.”

In Europe, and certainly in the Netherlands, access to the asylum procedure and registration is offered relatively quickly, says Vonkeman. The administration had to be put in order because of corona, but that was generally done fairly quickly. Of vital importance to people seeking protection. After a month it was started by the IND and under circumstances it was done well, according to the Dutch UNHCR boss. “But ultimately the numbers of refugees have increased globally. What we see in the figures are the people who are internally displaced, ie in their own country. That number has increased by three million. Then you have to think of countries such as Afghanistan, Colombia, Congo, Ethiopia and Colombia.”

Vonkeman is shocked by the increasing number of refugees. “Return, naturalization and resettlement have become more difficult, also in the Netherlands. Worldwide we have seen a significant decrease in the number of resettlement places. Normally the United States takes in the most refugees, say about 50,000 people, but under President Trump that number has halved. And people who are in acute danger, even in the country of asylum, in many cases no solution was found either. That’s why those numbers keep rising, nine years in a row. The number of refugees has doubled compared to 2011.”

Over the course of 2020, some 3.2 million internally displaced persons and just 251,000 refugees returned to their homes. Those may seem impressive numbers, but they represent a drop of 40 and 21 percent respectively compared to 2019. Another 33,800 refugees were naturalized by their country of asylum. Refugee resettlement also fell dramatically – last year only 34,400 refugees were resettled.

What to do? Support for the reception of refugees is not growing, Vonkeman knows. In the past week there was much to do in the Netherlands about problematic asylum seekers who have exhausted all legal remedies and do not want to leave. She thinks a better migration policy at European level would help. “At the moment you get tensions in society because of people who make improper use of asylum. The gates of Europe are closed for everyone. If you are highly educated, you can get a work permit to work. In certain sectors we do need low-skilled labour. Then let’s see if refugees can come. This is a big problem. You cannot see those two, migrants and refugees, separately.”