80 years old | Time must be allowed to view the painting so that the viewer can reach the same wavelength, says visual artist Jorma Hautala 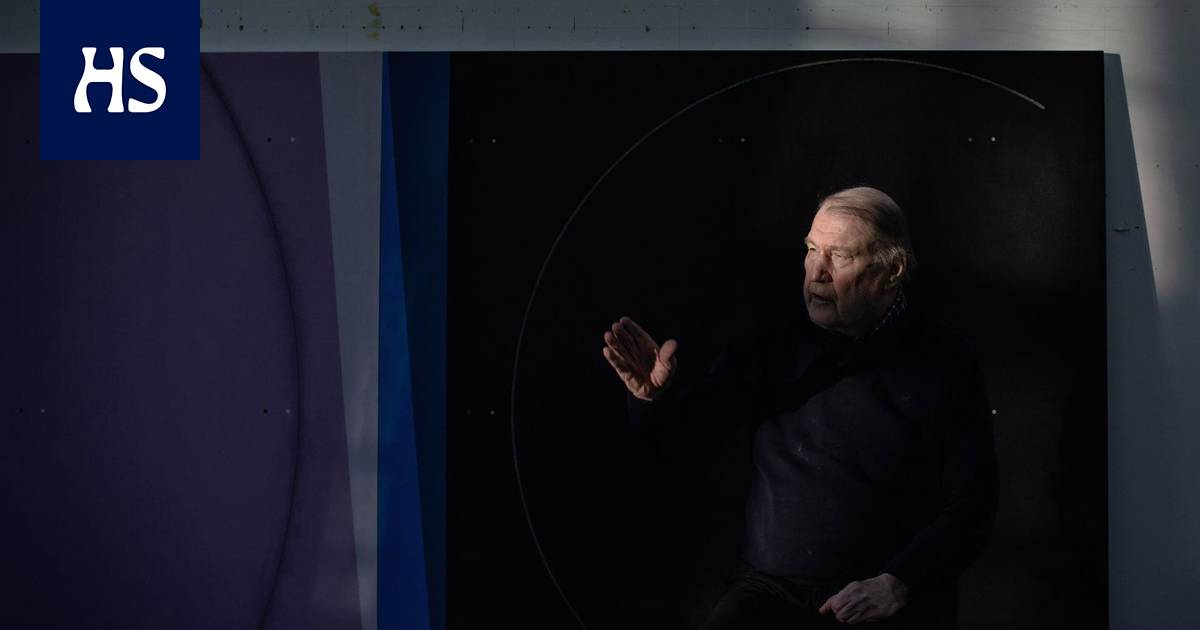 As a painter, Jorma Hautala is one of the titans in his field, whose dreams are to make another big stained glass painting.

Jorma Hautalan The study at the Helsinki Cable Factory has been in it for twenty years. Spacious, high studio, large windows to the north and fluorescent lamps on the ceiling. An ideal space for a versatile painter and graphic artist. There is enough light, but there is not too much frying.

The light and interaction of colors are at the heart of Hautala’s art.

“The painting must provide the viewer with a strong emotional energy. Despite the fact that it is rational in style, ”he sums up.

Geometric abstraction, constructivism is Hautala’s form of expression. He has a version of it, not hard but soft.

The colors have transparency, depth. The lines structure the image surface. “There is an active area in the middle of the painting, the edges are passive. It takes you into space, ”he defines. There is tension in his art, spiritual content.

Behind is about 60 years of an artist’s career. Art studies began as a high school student in the late 1950s at the Free School of Art, where he taught Torger Enckell, “A gentle painter”.

In 1962, Hautala moved to the School of Art and Design in the graphic arts line. The most significant in the school was the demanding one who took the basic course for all lines Kaj Franck. The model for the course was at the Bauhaus school. “Franck’s teaching led to open-minded visual thinking.”

My own line gradually survived.

“Painting was, I think, the king of art. I chose modernism and abstract painting as my direction, it says nothing. Instead of painting that emphasizes flatness, I wanted to paint space illusions, ”says Hautala. “Painting is a window to another reality.”

Hautala defines that the push and pull effect affects the painting. It carries the gaze toward the horizon and pulls it from the depths back to the image surface that breathes.

He paints on canvas with acrylic paints, thinly like watercolor. “Colorism is the ability to drop everything unnecessary and extra.”

There are also art prints, lithographs and serigraphs.

Hautalan in the context of art, there has been talk of music, classical and jazz. He emphasizes that while the sense of sight and hearing have their characteristics, the related arts, painting, and music have in common.

“You have to give time to look at the painting until it opens and the viewer reaches the same wavelength. The same goes for music: you have to focus on listening to the composition to the end. The elements of the painting are rhythm, shape and color fields, which create harmony. ”

He has seen in museums that many skip paintings just a quick glance.

For the artist, “pre-painting drawing and lacking in color are everyday drilling. You have to stand with your feet on the ground that can touch the sky ”.

Colleagues from Estonia are also important, Tõnis Vint, Jüri Okas and Leonhard Lapin, who represented some kind of “psychegeometric school”. He thinks he was influenced.

“It was lucky when Maire Gullichsen found my work and got to Galerie Artek in 1974 to hold exhibitions, of which I had eight there. It was the number one gallery. When it finished, I moved to Galerie Anhava in 2001. ”

The work has also been brought about by teaching, usage graphics and co-operation with architects, ie color plans and murals on construction sites.

Hautala once taught color perception at the Academy of Arts, Crafts and Design Josef Albersin according to the doctrine of color interaction. In addition, students also developed their composition skills. The color schemes of the buildings have come as commissioned works and competition wins.

Under construction, four mural on the exterior walls of 19th-century prefabricated apartment buildings are under construction to mark the 70th anniversary of Järvenpää. They are visible to those traveling by rail and the Lahti motorway.

Hautala’s work as a graphic artist is familiar with, among other things, posters and logos, as well as the layouts of three cultural magazines, Filmihullu and Arkkitehti- ja Taide.

Something has yet to be done.

“The dream is to make a big stained glass where the color can be used intangibly and connect my work to a great tradition.”

■ Turns 80 on Thursday, January 21st. Goes for a beer on the anniversary.

Brexit: Industry complains about significant disruptions in the transport of goods

What benefits does the consumption of legumes generate for health?