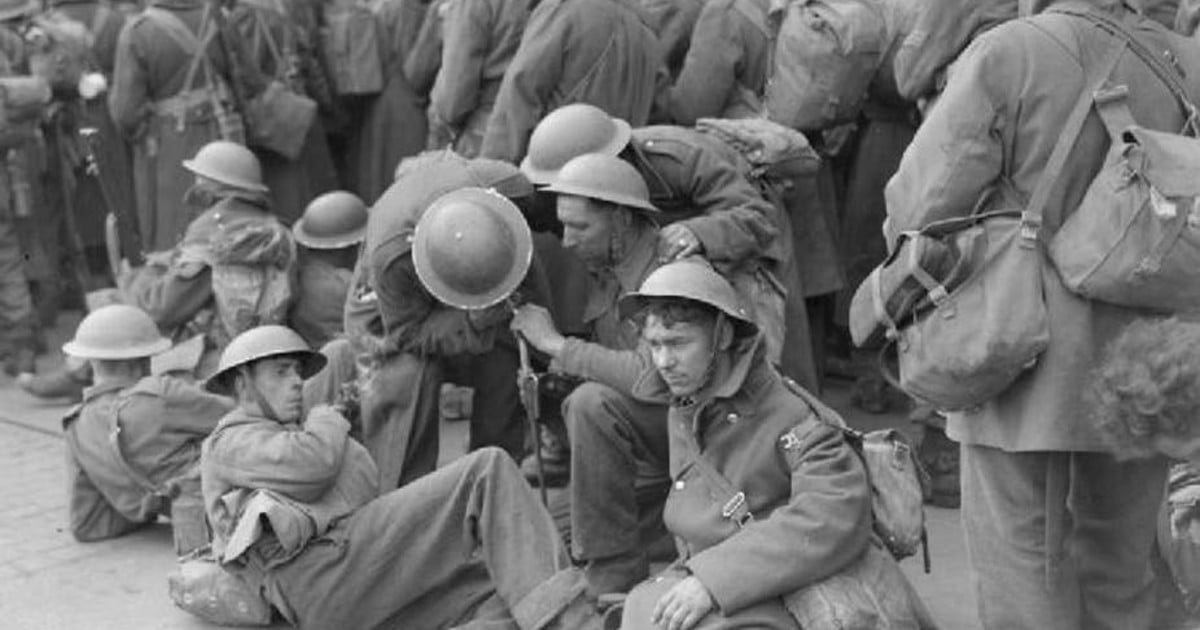 The dunkirk beach in France it was a death trap for hundreds of thousands of Allied soldiers squeezed between the German enemy, in the rear, and the sea in the face. The only way out: to get to the other side of the Channel, to the shores of Dover, in the United Kingdom. What happened was a massive pilgrimage of military ships and small civilian boats that set out to save the troops. They call him Operation Dynamo. This month, 80 years ago, it ended successfully. Why did Adolf Hitler allow it? That is a mystery.

The evacuation of more than 300 thousand soldiers under German fire in small boats of English volunteers, in an operation designed by the British Marshal and Commander-in-Chief of the British Expeditionary Force (BEF), John Vereker Gort, was for many a miracle. And for almost everyone, the most famous retreat of World War II.

French, British, Belgian and Canadian troops escaped the German invasion from the beaches near Dunkirk between late May and early June 1940.

British ships to the rescue of their troops at Dunkirk.

The miracle is explained first because the route between Dunkirk and the British Isles was short but hellish. There were the German batteries firing from the shore. The mines in the sea. And finally the scourge of enemy ships, submarines and the Luftwaffe, Hitler’s aviation.

And yet … the operation was successful.

Of course, the fleet of small ships was not the only one involved. Thirty-nine Royal Navy destroyers assisted in the evacuation of Dunkirk. Nineteen were damaged, and another six were sunk.

The role of the minesweeper ships to clear the so-called route X ,, of about 102 km., which avoided the coast but faced the dangers of underwater mines.

A ship sinks with English troops above, during the Battle of Dunkirk, in the English Channel, on June 1, 1940. Photo: archive

Up to eight hospital ships were deployed to the area to pick up the wounded. One of them was sunk by Nazi artillery, despite bearing the emblem of the Red Cross.

All the routes, which were three, led to the same place: Dover.

Each boat was key. Regardless of size or speed or performance, any boat capable of navigating the English Channel was welcome.

The civilian ships that assisted in the evacuation. Photo: archive

In small ships of all kinds (trawlers, steamers, yachts, motor boats …) the allies they managed to flee from the Nazi siege.

In 1939, after the invasion of Poland by Nazi Germany, which marked the start of World War II, the British they sent the British Expeditionary Force to assist in the defense of France.

In May 1940, the force consisted of ten divisions belonging to three corps and was led by General John Vereker Gort, and both the Belgian Army and the French First, Second and Third Army collaborated with the BEF.

Initially, the German plan to invade France consisted of an enveloping attack through the Netherlands and Belgium. However, Erich von Manstein, chief of the General Staff of the German Army Group A, considered that the operation would not succeed in annihilating the enemy and would only achieve partial success, which would lead to a trench warfare.

Manstein suggested that the Panzer divisions attack through the wooded hills of the Ardennes, where no one would expect them, and then bridgeheads be established on the Meuse River in order to get there. quickly to the English Channel.

The allied troops could not resist the German advance. And by the middle of May there was no more nothing between them, the Germans and the sea.

Thus began the evacuation of Dunkirk.

“The London Government began to prepare a fleet made up of almost everything, boat or ship, which could be found on its shores ”, writes Richard J. Evans in his classic The third Reich at war.

Why did Hitler order to stop the attack on a retreating Army, in many cases on ships that they had no protection? Historians have an open dispute over a crucial episode in the conflict. And there goes the mystery again.

Operation Dinamo on the French beaches.

Despite the attacks by German aviation, 700 ships reached the beaches of Dunkirk to take everything they could to the islands. 340,000 soldiers managed to return to England thanks to Hitler personally ordered a halt to the offensive with the opinion against many of his officials.

In a note published by the newspaper El País in Madrid, the newspaper asked itself several questions: “Did Hitler want to reserve his troops to arrive in Paris as soon as possible? Did he rely too much on his strength after the success of the lightning wars of 1939 and 1940 ? Was he considering getting to an agreement with the British before starting the next phase of the conflict, with the invasion of the USSR? Did Hitler once again prove his incompetence as a strategist? “

We will never know, concludes the newspaper in a note signed by Guillermo Altares. The reality is that on June 6, 1944, some of those soldiers who managed to escape from Dunkirk were returning to Normandy to drive the Nazis out of Europe.