8 Causes of Traffic Accidents in Summer 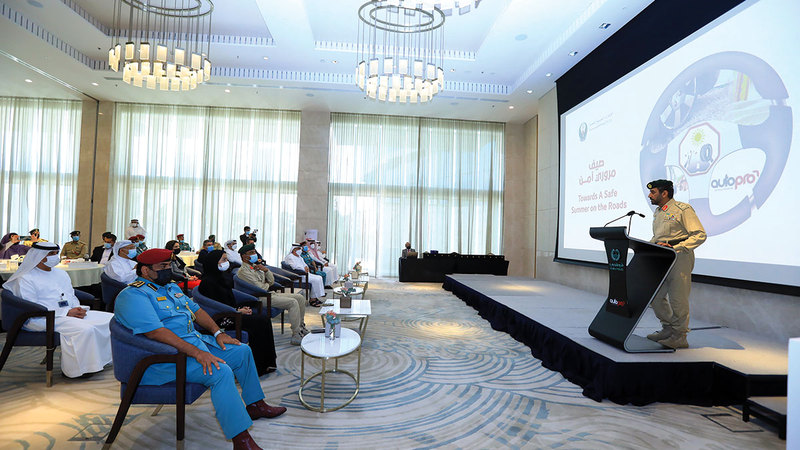 The Federal Traffic Council has identified eight causes of traffic accidents during the summer period, which caused deaths during three years (2018-2020), led by sudden deviation of the vehicle, which contributes to 27.7% of deaths (28 cases), followed by not leaving enough distance by 18.8 % (19 cases), lack of appreciation for road users by 14.9% (15 cases), then tire explosions by 3%.

A Dubai Police study stated that negligence and inattention resulted in 11 deaths in three years, over speeding in three cases, standing in the middle of the road four cases, and other causes four cases.

The Assistant Commander-in-Chief for Operations Affairs, Chairman of the Federal Traffic Council, Major General Muhammad Saif Al-Zafin, stated that the death index due to traffic accidents decreased from 30 deaths per 100,000 residents at the state level, 15 years ago, to three or four deaths currently, noting that the UAE It is one of the countries that generations can be proud of, after it was among the countries that suffer from the road mortality index.

This came during a press conference yesterday, to announce the launch of the fourth unified traffic awareness campaign for the year 2021, under the slogan “Safe Traffic Summer”, which aims to spread traffic awareness and develop it among all segments of society, raise the level of compliance with traffic regulations and laws for road users, and contribute to Reducing the number of deaths and injuries as a result of traffic violations.

Al-Zafin added that the summer period contributes between 25% and 30% of road deaths in general at the state level, as the first factor in this is the high temperature, and therefore vehicle care and maintenance contributes to reducing traffic accidents, and thus reducing deaths. .

Al Zaffin pointed out that the “Safe Traffic Summer” embodies the Ministry of Interior’s strategy to make roads safer, a translation of the police leadership’s vision to achieve the highest levels of traffic safety for all road users, and to spread traffic awareness of the importance of periodic vehicle maintenance, and to ensure the validity of tires and brakes, to maintain security and safety. Road users, especially as the intense summer heat negatively affects the performance of tires and vehicles, which requires commitment to maintenance and inspection dates, especially before drivers embark on long trips.

A Dubai Police study revealed a decrease in the number of deaths resulting from traffic accidents during the summer period in three years, by 37 deaths in 2018, and 33 deaths in 2019, compared to 31 deaths in 2020.