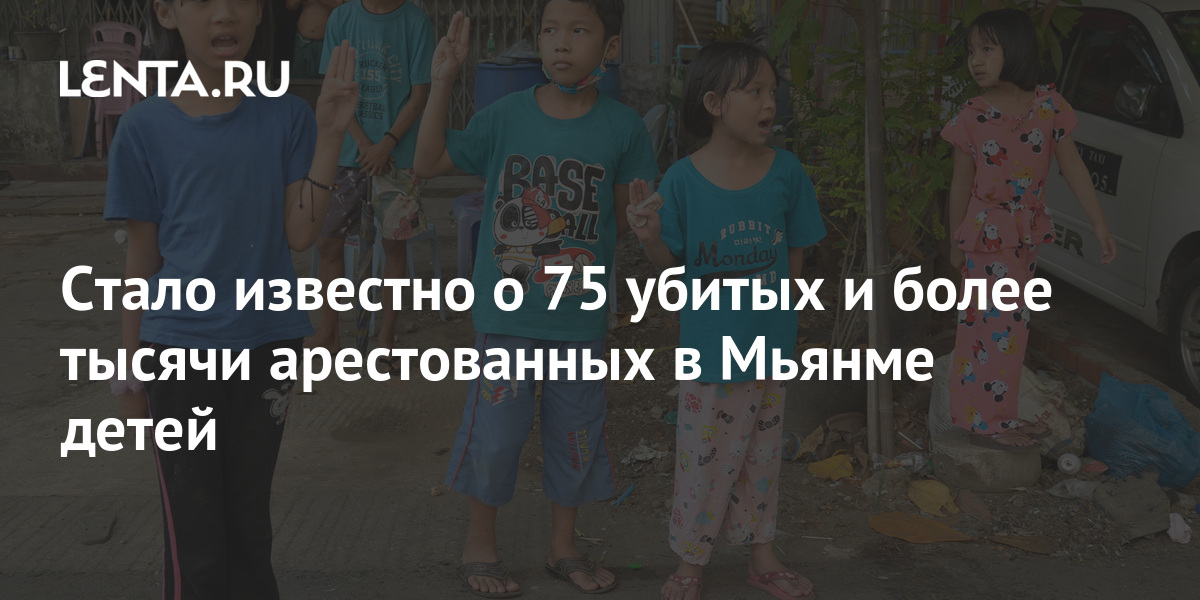 Since the start of the military coup in Myanmar, 75 children have been killed and more than 1,000 have been illegally arrested and raped. This information is transmitted by RIA News with reference to the statement of the UN Committee on the Rights of the Child.

According to the document, in the course of the ongoing crisis in the republic, “countless children are deprived of the necessary medical care and education,” and are systematically subjected to arbitrary detention and violence. The UN fears that if peace does not come soon in the country, then Myanmar risks depriving an entire generation of children of a “healthy and productive future”.

It follows from the text of the statement that “children are being subjected to indiscriminate shelling every day.” “Weapons are pointed at them, they see the same thing happening to their parents, brothers and sisters. As a result of the military coup and conflicts, the rights to life, survival and development of children are constantly violated, ”the words of the head of the UN Committee Mikiko Otani are quoted in the document.

The UN called for a solution to the crisis in Myanmar and demanded that the state fulfill its obligations under the Convention to protect and maximize the promotion of children’s rights.

On February 1, a coup d’etat took place in Myanmar. The military did not agree with the outcome of the fall elections, in which the ruling National League for Democracy (NLD) party won a decisive victory. The military announced the dissolution of the government and detained the President of Myanmar, Vin Myin, and the leader of the party, Aung San Suu Kyi, who served as a state adviser and foreign minister.

After a while, protests began in the country in support of the ousted government. During the dispersal of the protesters, the police repeatedly opened fire with live ammunition.