70 years old | Oili Wuolle had a long career in the financial industry, now she helps orphans in Zimbabwe 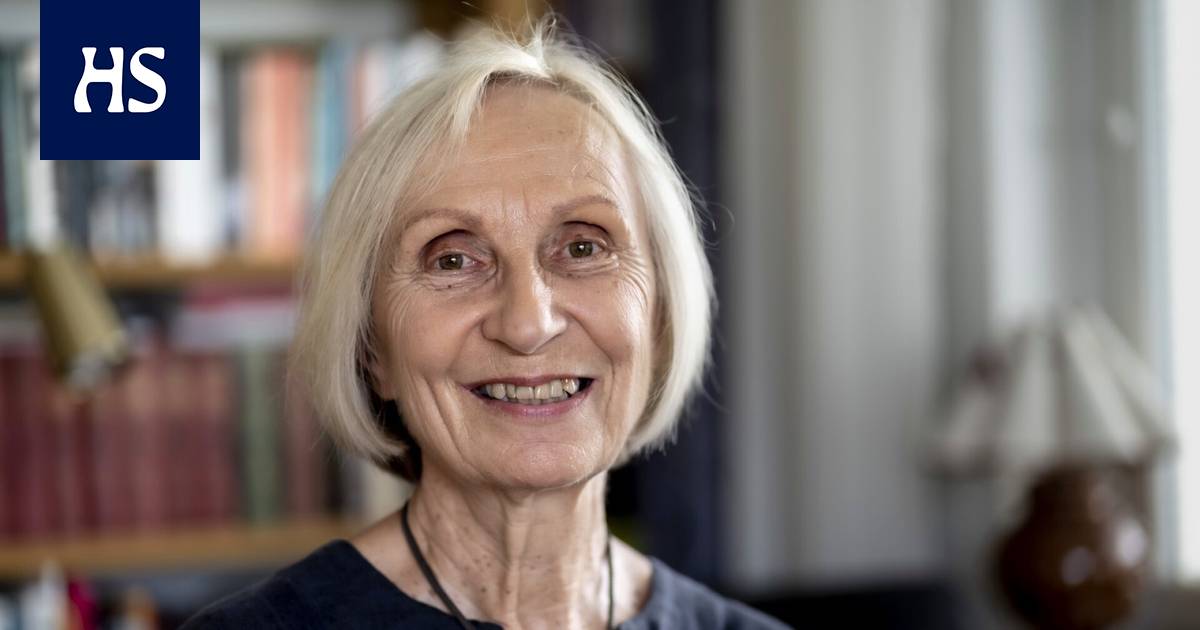 “Is lovely a combination that has two homes where you can work, ”he says Oili Wuolle happy, now at his home in Helsinki, Munkkivuori.

The second home is in Zimbabwe, and has been there throughout the 21st century. Wuolle travels between Finland and Africa together with his wife Seppo Ainamon with a few times a year.

In 2003, Wuolle and Ainamo founded the Zimbabwe AIDS Orphans Association. Wuolle is the general secretary of the association and the volunteer director of the Zimbabwe support program.

The couple who met in Africa in the late 90s were united by a desire to help disadvantaged children, and they were enough.

“At the time, HIV prevalence in Zimbabwe was nearly 28 percent, and AIDS deaths were a major cause of orphanage,” Wuolle says.

Now the prevalence is less than 13 percent. Awareness has become more effective, and infections between mothers and children, for example, have been almost completely controlled.

JULY At the beginning, the association changed its name to the Zimbabwe Children’s Association. Although HIV is no longer the worst threat, there is much work to be done for children at risk of exclusion – and girls in particular.

The effects of the pandemic that began last year were dramatic.

“In the poor suburb of Dzivarasekwa, where our operations center is located, schools closed for six months. It was appalling. The children meant to fall from the learning path into the abyss. ”

In Zimbabwe, the changes do not require a strange bureaucracy: a complete closure began overnight by presidential order. Later, the restrictions were relaxed so that people would not starve.

“As soon as possible, we expanded support teaching, introduced free e-learning platforms and provided tools for it.”

In a country punished by Korona, people are also hungry.

In the fall, Wuolle and Ainamo will travel to Zimbabwe. There are new projects ahead in education, helping the local community and employing women.

WUOLLE was born in Oulu, but grew up and attended school in Honkajoki. The father was a forest technician and the mother a pharmacist. Wuolle was only four years old when the mother became a widow and a single parent of three daughters after her father died in an accident at a construction site.

There was an ethos of fearlessness and self-sufficiency in the family of four women. It was important for the mother that the children focus on studying, acquiring language skills and reading for themselves the profession before the relationship.

“Mom was a modern man. He had been an au-pair in England before World War II. We believed that gender does not determine how the world is doing and where it ends up. Success is a reward for your own work. ”

Still, the disadvantaged had to be helped, even though life itself was meager.

Wuolle was the first student from his own high school to apply for an AFS exchange in Dallas in 1969, and was admitted.

“I was a wild girl. That experience began my life as a world citizen. ”

On Cousin’s recommendation, Wuolle applied to the Helsinki School of Economics, where he ended up in the financial sector.

AT THE BANK OF FINLAND Wuolle made his entire career, almost 30 years. The foreign operations side and diverse responsibilities fascinated me.

In the late 1990s, Wuo took unpaid leave. New challenges revolved around him and he had been asked to lead a financial education program in Zimbabwe at an organization that taught experts from local central banks and finance ministries.

“It was a crucial turning point for my retirement career,” Wuolle laughs.

He liked the kind hospitality and courtesy of the Zimbabweans – and that his skin color didn’t seem to matter.

There, Wuolle also met Ainamo, who was already working for low-income children. Wuolle joined. Together, they founded the Dzikwa Trust Foundation in Zimbabwe in 2002 and the association in Finland in 2003.

“Teenage girls are the most vulnerable group. A girl from poor conditions can be attracted with special attention, and men then have no prevention in the first sense. Orphans are also exploited. ”

Before, teen pregnancy cut off a girl’s opportunity to study, but not anymore. Legislation has been changed in a more equal direction anyway, but the traditional culture lives on.

“The girl is seen as a caregiver and the parents are not questioned. In Finland, girls’ independence and activity is already self-evident, but not in Zimbabwe, ”says Wuolle.

“Five years ago, we started a girls empowerment club. The purpose is to teach that they can overcome difficulties and stand proud on their own feet. ”

NOW ASSOCIATION is facing a new challenge. Children can be guaranteed a primary school and often a high school, but postgraduate studies are already a different matter.

“We’re trying to find sponsors in the corporate world to provide scholarships and internships for talented students.”

This is exactly what Finland’s Africa strategy is aimed at, Wuolle says.

“Activities are based on trade, partnership and people-to-people contacts. Young people have huge potential, so it is worth building these connections in the long term. ”