6257 players are registered in the 31 club lists 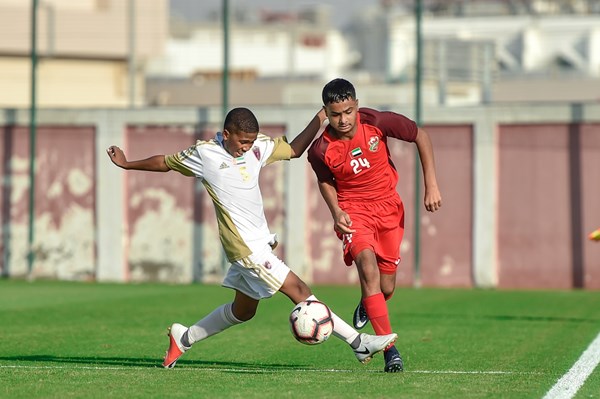 Shabab Al-Ahly led the façade of the FIFA clubs during the current season 2020-2021, by registering 548 players, to be the largest number of players registered in one club, and they were divided into 15 teams, starting with the first team, passing through 21 and groups of youth, juniors and cubs, all the way to schools. the ball.
In detail, a numeric statistic for Al Ittihad newspaper, based on the official “registration and registration” lists of the clubs at the Football Association, explained the registration of the 31 member clubs in the general assembly of the Football Association, for about 6257 players in all categories of teams available for registration for the current season, which constitute 19 categories. .
The FIFA player registration categories included the first team, under 21, youth, youth under 18, juniors under 17, juniors under 16, cubs under 15, cubs under 15 “A” and “B”, cubs under 14, and cubs under 14. A and B, Cubs under 13, Cubs under 13 A and B, Cubs under 12, Cubs under 12 A and B, Schools of the ball.
It is striking that the “first team” category is absent from 6 clubs in the Football Association represented in Ras Al Khaimah, Al Rams, Al Jazirah Al Hamra, Falaj Al Mualla, Maliha and Al Madam. The six clubs are satisfied with registering players in the age groups, and Falaj Al Mualla has the fewest number of players. Only 19 players are officially registered with the Al-Ittihad, including 10 players in the Cubs U-13 team, and 9 players in the Cubs U-12 team.
The list of “Top 5” clubs included the most restricted players, along with Shabab Al-Ahly, the leaders with 548 players, distributed among 15 teams, Al-Jazira in second place with 449 players, distributed among 12 teams, and Sharjah with 386 players registered in 10 teams, and Al-Wasl 352 players, Distributed into 12 teams, Al Nasr and Al-Wahda equally with 278 players
On the other hand, the lists of 7 clubs included fewer than 100 players in all teams, represented by Falaj Al Mualla 19, Maliha 62 players, Al Madam 64 players, Masafi and Al Jazirah Al Hamra 68 players, Masfoot 88 players, Al Hamriya 98 players.

How to Take Advantage of the Income Tax Advance Reduction Option

Ukraine declares its unwillingness to escalate the situation in Donbass