613 billion dirhams, the gains of the Abu Dhabi market during 150 sessions 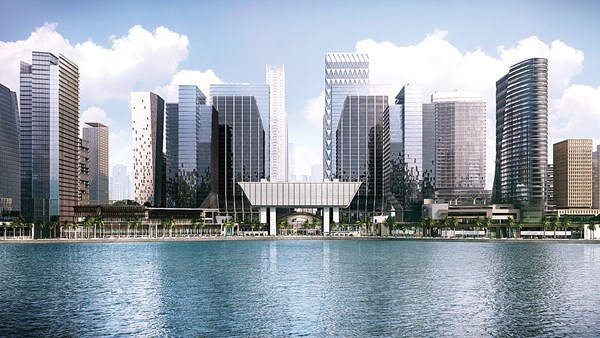 The Abu Dhabi Securities Exchange recorded record levels of growth in the value of trading during the last period of this year, as the value of transactions executed in the market reached 176 billion dirhams within 150 working days, recording a daily trading rate of approximately 1.2 billion dirhams, continuously.
The unconventional performance of the capital market Abu Dhabi this year prompted international investors to put the market under their investment “microscope”, especially investment institutions from portfolios, companies and funds operating on global stock exchanges, which enhances Abu Dhabi’s position as a reliable global investment center.
The performance of the market was characterized by the continuity of daily trading at high levels, and the financial depth it represented contributed to the stability of the market, which forms the basis for the confidence that motivates funds and portfolios to invest in the shares of listed companies.
The stock turnover rate, and the permanent availability of the necessary liquidity, which gives the investor the ability to liquidate the shares in a timely manner, are the most important criteria and conditions that govern the decision of investment institutions, especially funds and portfolios operating in international markets, to enter any of the target markets.
Market data show that the general index has risen by more than 50.1% since the beginning of the year, and this came with the support of the results of companies, most of which announced a significant growth in their profits that exceeded two decimal places during the first half of 2021 compared to 2020.
The trading movement and the performance of the financial markets reflected the start of a new recovery phase that the business sectors of the country entered this year, which was confirmed by the financial results of public shareholding companies, and it boosted investor confidence that the measures taken by the state and the multiple initiatives, enabled the national economy to overcome the effects of the pandemic and control it.
This came as a result of several factors that combined at the same time, the most important of which was the effective role of market makers in the Abu Dhabi Securities Exchange, who played a very big role in restoring activity and confidence in the capital market, which contributed to the revitalization of the initial issues market and the inclusion of more major and leading companies in the market.
The legislative and legal structure and the infrastructure in general, especially the technology available to the financial markets, in addition to the development of levels of control exercised by the supervisory authorities, and the high levels of responsibility of public shareholding companies in respect of the principles of governance, disclosure and transparency, are crucial factors in enhancing investor confidence, which helped establish The Abu Dhabi market is on the list of international indices for emerging markets, making it among the most important options for funds and investors from all over the world.
The total market value of the companies listed on the Abu Dhabi capital market increased by more than 613.4 billion dirhams during 150 trading sessions since the beginning of this year, to reach 1.356 trillion dirhams currently, compared to 742.6 billion dirhams at the end of 2020, while the general index of the market rose by more than 2528 points, to exceed 7,573 points. Compared to 5,045 points at the closing end of last December. This performance, in light of the availability of high liquidity, market depth, and the diversity of options available to investors in light of the presence of leading companies in several sectors, including investment, financial services, banking, energy, communications, real estate, and others, is a golden opportunity for investment, especially in light of the UAE market being free of taxes and the stability of monetary policy and exchange rates. Fixed dirham against the US dollar. The market received great support from the listing of large and influential companies such as Alpha Abu Dhabi Holding and Yahsat. It is also expected that the new shares of Arkan Company resulting from the merger with Emirates Steel, which will form a large industrial entity, provide investors in stocks and capital markets a leading company that represents a new option in A new sector, which will allow investors to diversify their investment portfolios to a greater extent, reduce the risks of investing in stocks and reduce their volatility.