60 years old | Public support for physical activity and sports is shrinking, and Tapio Korjus is very concerned about it: “It is an incomprehensibly hard blow, a matter of life and death” 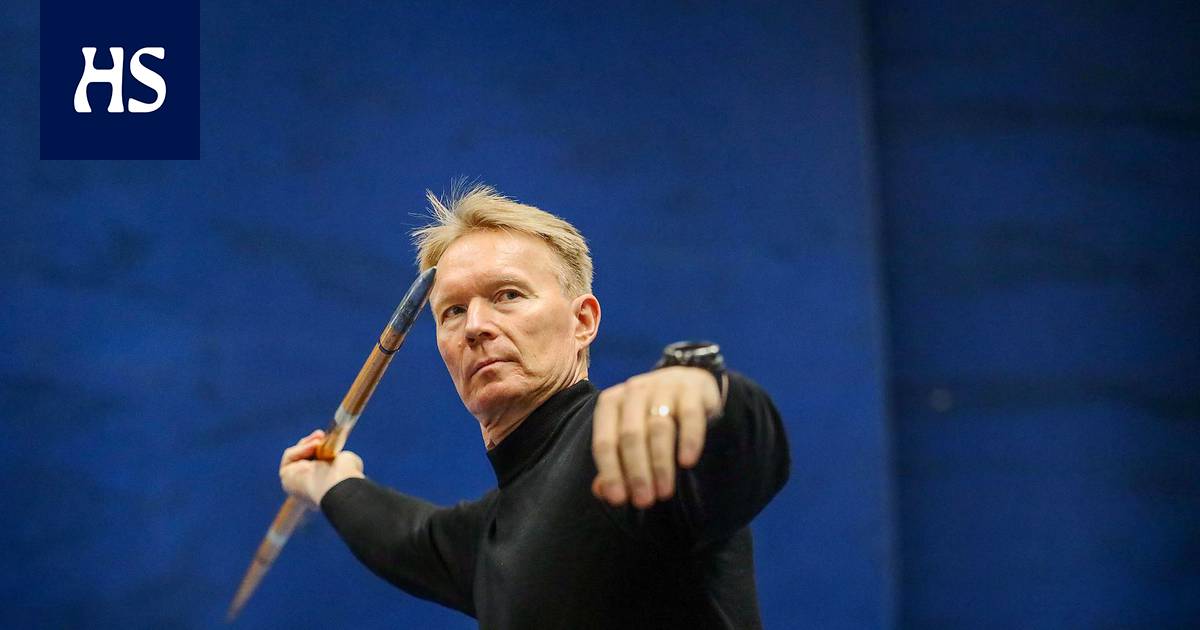 Tapio Korjus, the Olympic champion in javelin throwing, hopes that people will see the common force of the sport.

Tapio Korjuksen the rise of the javelin throw at Olympic gold in Seoul in the fall of 1988 is like a suspense report.

A month before Seoul Korjus felt pain in the proximal muscle of the leg. In August, he threw only one throw in the race in Lahti, setting a Finnish record of 86.50 meters.

Korjus knew he was okay, but because of his sore leg, he was insecure before heading to the Olympics.

In the finals, the leggy Korjus led the race, however Jan Železný and Seppo Räty went past. The third fallen Korjus was about to give up. Other Finnish throwers of the race, Kimmo Kinnusen and Rädy, it had been agreed that the competition would continue as long as the legs carried.

Räty and Kinnunen pointed to the stands so the doctors would bring ice. However, the doctors and coaches did not have the organizers ’permission to help the athlete on the field. Coach Seppo “Nitti” Nuuttila however, was up to date and pushed the doctors to the field past the soldiers guarding the submachine guns.

“They don’t shoot in the back,” Nuuttila said.

Korjus got ice on his feet, and he rose from third place in the final throw of the race to his Olympic gold score of 84.28.

“At that time, the athlete was not allowed to communicate with the coaches other than by gesturing,” Korjus says of the memorable moment. “Even today, there is ice on the throw.”

Same toughness Korjus has shown after the racing career ended the following year.

Korjus focused on the work of a physical education teacher in Lapua, but his mind was on fire for bigger tasks.

Social influence began with the State Sports Council, of which he was a member for 24 years and chairman for eight years. In the civilian field, the job of a physical education teacher changed to the job of the director of the Kuortane coaching center, which expanded to the position of the principal of a sports college in 2014.

It is probable that Korjus will also retire from Kuortane in due course. She has enjoyed college so well.

Despite the corona pandemic, Kuortane Sports College is operating almost normally. The sports high school has 170 students, everyday coaching revolves around, athletes go to coaching camps, and there are 220 students in sports education.

“The doors are not kept closed. Everyone is in a hurry. ”

Hurry it is also enough for the principal. In November, Korjus was elected to the Board of the Finnish Olympic Committee. He was also asked to run for president, but Korjus appealed for time constraints. He ran for vice-chairman but lost his seat in the vote Sari Multalalle.

On OK’s Board of Directors, Korjus says that he is deeply concerned about the financing of sports and exercise. The decline in Veikkaus’ revenues will result in a revenue reduction of more than EUR 300 million in 2022 for all beneficiaries of the gambling monopoly: sports, art, culture, science, youth work and health organizations.

The reduction threat from exercise is EUR 40–45 million. It should be replaced in some way.

“It’s an incomprehensibly hard blow, a matter of life and death. The matter needs to be resolved this year. My entire career I have fought, that the public funding of sport is OK. “

Yet this year, the state has promised to fully compensate Veikkaus’ reduced income for sports and sports, as well as culture, science and the arts.

The harvest is annoying that the various branches of government in the state leave sports and exercise to their own pens, even though physical activity is present in everyone’s lives.

“Exercise and sports are the unifying force of the nation. The multifaceted effects of exercise have been observed too narrowly. Sport does not involve the same heated debate as politics, even if the same gang or their children participate in the sport. There is hope in sport. ”

■ Rector of Kuortane Sports College and director of the coaching center. Member of the Board of the Finnish Olympic Committee.

Carretero will focus this year on “helping the leader” of Movistar