60 years old | Jorma Elo works intuitively and never intends to retire: “Choreography is like a drug that is becoming more and more interesting” Fear management. Thereto Jorma Elon the speech returns repeatedly. Suddenly, it feels surprising because she has been one of the world’s most sought-after ballet choreographers for years. However, life is a factor that routines do little to protect.

“When I meet dancers for the first time, it always feels like the first day of school. It also feels like they’re waiting for me to say something really smart or show a very nice move. ”

“Now that the work with the dancers has been much less because of the corona, there’s a lot of sensation about how the choreography is done, whether I can do it at all,” Elo says.

Sometimes fear states have not eased even as the exercises progress. When Elo did Slice to Sharp choreography for the New York City Ballet in 2006, he feared the day before the premiere that the performance would fail so badly that it should be canceled altogether. The end result, however, was a work that received many awards.

Elo’s fear states are very much the result of his ways of working. Elo bases working with dancers on intuition, musical inspiration, and athleticism that can be planned in advance but not controlled at all.

“At its best, I feel like we’re with dancers like animals recognizing each other’s feelings and imitating each other,” Elo says.

Elo itself does not feel that he is a particularly spontaneous person in everyday life. He describes himself as a “grinder,” a hitter of things.

“Many people think my tendency to be long-term would certainly not be healthy. I enjoy it terribly when I can focus on something very intensely on my own for an hour. I’m terribly different than, for example Mikko. ”

Life means Mikko from Nissi. It is impossible to ignore him when talking about Elo’s life. The men met each other as teenagers at the National Ballet Ballet School and began traveling with each other to watch dance in London, Paris and New York, for example. Since 2006, Nissinen has been Boss of Elo as the director of the Boston Ballet. It has been Elo’s main employer: she has worked for 16 years as a house choreographer.

“Mikko is a terribly inspiring problem solver and developer. Even now, he has met in a week the director of the National Ballet, the director of the Festival Weeks, a conductor and even someone, when I have had time to think at home only About Sibelius. ”

Elo is preparing a new premiere for the Finnish National Ballet in February Sibeliuschoreography, but he won’t stay in Helsinki for long. In early September, she travels to Boston to do another novelty ballet and from there the journey continues to the Dresden Semperoper Ballet to create a work for the solo dancer. After that, one should go to see the new apartment that Elo has acquired from Vienna together with his spouse Nancy Euverink with.

“In addition to Boston and Helsinki, we also wanted a home in Vienna because we like the city so much. Korona has calmed the situation a bit, but life has still been full of work and travel. Nancyk has sometimes asked me which city we actually live in. ”

Life is spread Marjaniemi apartment on the living room walls Sibeliuswith pink patches on the body of the scene. Aino and Jean Sibelius the first show of the love story is outlined on one wall and the other on the other. Elo has also tried a lot of scenes with Euverink on the next floor.

“Nancy aptly said as we ate breakfast in the living room that one couldn’t even eat somewhere other than in the middle of the work,” Elo laughs.

Elo says he is amazed at the effects that delving into Sibelius’ music has had.

“I have lived abroad since the twenties and listening to Sibelius has been quite limited. Now, last week, while listening to the Fifth Symphony, I noticed that I was immediately in tears. I have always been attracted to music with a strong emotional base. ”

Choreographies what Elo eventually describes as “a drug that is becoming more and more interesting”. He says he’s never going to retire from dancing because he’s constantly learning more about it and finding new layers of himself and the dancers. The joy that comes from it eventually overcomes even the feelings of fear.

“I have always experienced that ballet has a strong family spirit, which can take care of others if necessary. I myself have received support, for example, when I ended up working in the Bolshoi Ballet in a kind of panic state about doing too much work. I couldn’t even move for 20 minutes. ”

Elo feels that it would not be possible to do strenuous work without its own daily training. Tennis, a visit to the gym and ballet training are not in a hurry.

“You also need to be able to show the dancers movements when needed. Filling 60 years feels weird. I’m used to working with young dancers, so I often forget my age, ”Elo says. 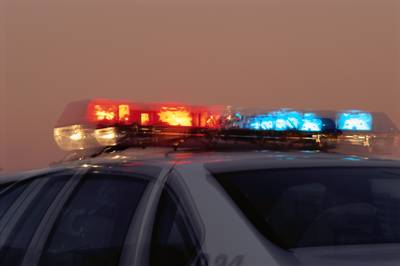 “Petrobras and BR continue to have an important relationship,” says the oil company’s CFO