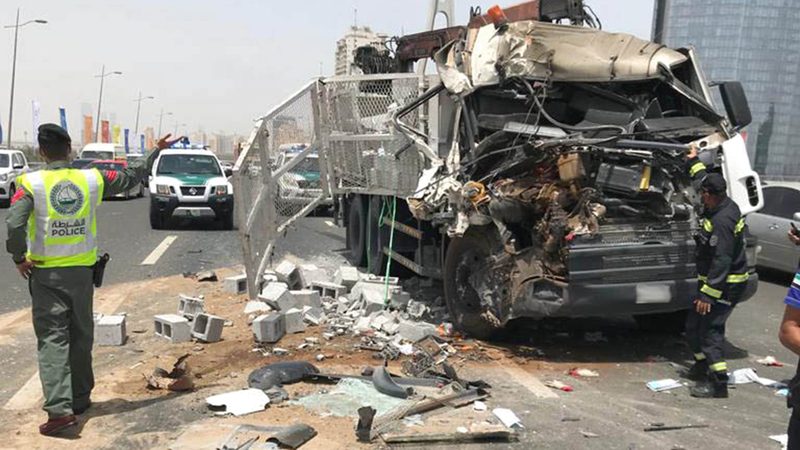 The Acting Director of the General Department of Traffic in Dubai Police, Colonel Juma Salem bin Suwaidan, stated that six people were injured in various accidents in Dubai during the past two days.

He pointed out that the accidents occurred as a result of not leaving a safe distance, crossing the street other than the places designated for pedestrians crossing, in addition to excessive speed.

Bin Suwaidan explained that the first accident occurred last Tuesday on Al Yalayes Street in the direction from Sheikh Zayed Road to Al Houd Roundabout, and as a result of excessive speed and not leaving a distance between vehicles, a collision occurred between five vehicles, resulting in three moderate injuries, and they were taken to hospital. For treatment, vehicles were moderately damaged.

He added that the second accident occurred, on the evening of yesterday, when a person crossed the street from places other than those designated for crossing, and was run over by a minibus, and as a result he sustained moderate injuries.