52 personnel on the unit’s mission to India 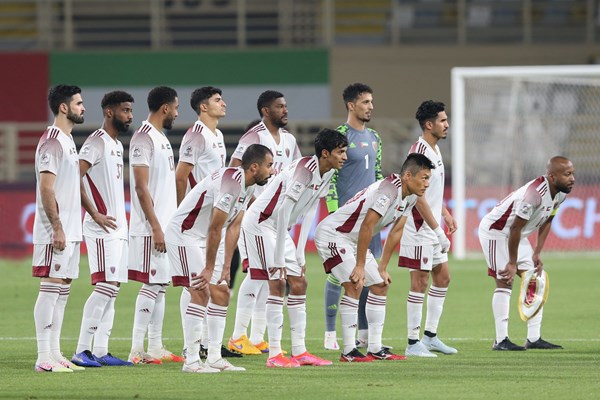 Al-Wehda excluded its player Tahnoun Al Zaabi from the mission leaving to India tomorrow (Saturday) to participate in Group E of the AFC Champions League, after suffering a severe ankle injury that required a long time for treatment and rehabilitation. He was exposed to it during the training that followed the meeting of the Iraqi Al-Zawraa, in the appendix, The list included Muhammad Barghash, who was injured in the connective muscle, to complete his treatment, and he may catch up with some group matches.

He leaves “Annabi” by plane, for a mission that includes 52 individuals, headed by Amer Al-Sairi, a member of the club’s board of directors, next to Al-Hai Jumaa, a member of the football company’s board of directors, Abdullah Hassan Al-Ali, and Muhammad Ali Al-Naqbi as representatives of the Football Association, along with the technical and administrative apparatus and the rest of the other team’s crews. And 28 players representing all players of the first teams, and a number of players from the U-21 team, in addition to the resident trio, Gianluca Estebam, Aladdin Zuhair and Robin Philip who are not included in the Asian list, as the team’s stay for 20 days in India requires the use of the efforts of this number of players.

Fahd Masoud, the team administrator, failed to travel, due to his previous health conditions, which prevented him from receiving the Corona virus vaccine, so that the club preferred his stay and not accompany him to “Annabi”. Fahd Masoud affirmed that there is great confidence in the group accompanying the team, and in the rest of the administrative apparatus, led by Abdul Salam Jumaa, wishing success and that the unit will be able to qualify for the group.

Fahd Masoud said: We were pleased to qualify for the group stage, especially since this stage of the Champions League is the only entitlement that we are fighting for, with the remainder of the current season, and the qualification is moral and positive for the fans, players, coach and technical and administrative staff, which is a stage and ended, and the ambition was not to win « The Appendix », rather, how does the team deal with the competitors in Group E on the field, Peruzzi, Goa, Al Rayyan, and the latter, whose conditions are similar to unity, while the Indian team is enveloped in mystery, and Beruzi is known and our confrontation with him at the beginning of the group is important and key to“ Annabi ”in the rest of the journey. An honorable performance that reaps positive results that lead to qualification.

He added: All thanks to the Football Association for the efforts it made to adjust the timing of our matches in the group, so that they all take place after breakfast, and the amendment gave the team 45 minutes, between the sunset call to prayer and the matches, and this situation will be difficult, but it is better for players than playing while they are fasting, and we hope that The team succeeds in achieving good results. Fahd Masoud also indicated that he wished the rest of the representatives of the state success in the Champions League.

The world runs out of ketchup

A “pleasant surprise” about the British “Corona” strain!