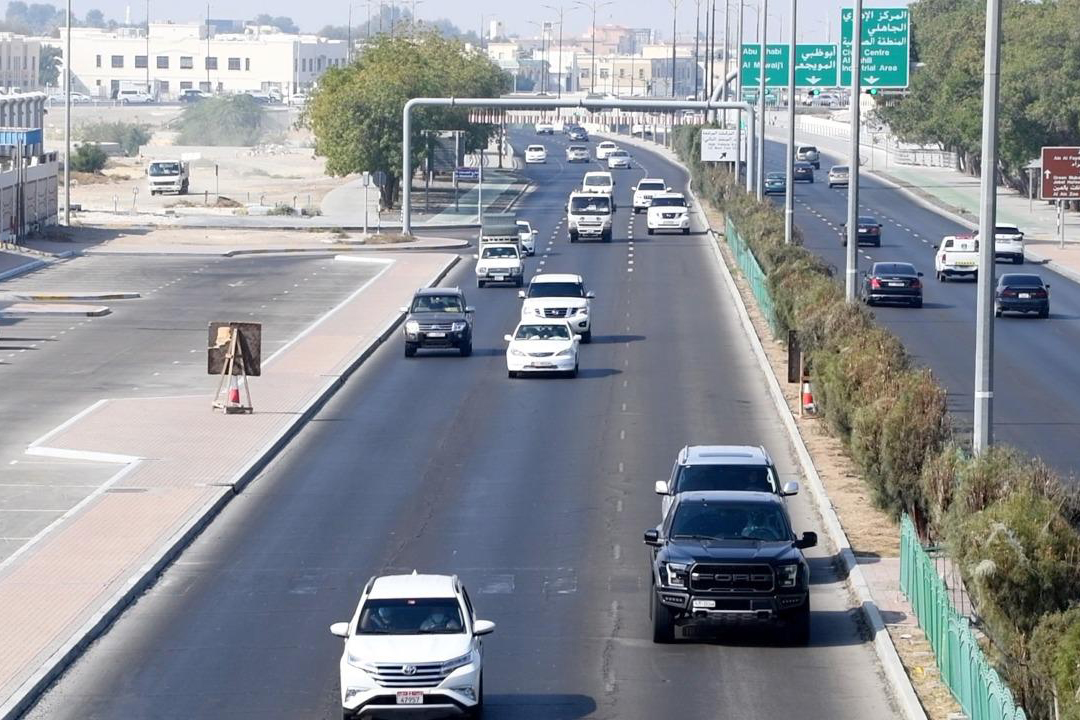 Abu Dhabi Police warned drivers of the dangers of not leaving a sufficient safety distance behind the front vehicles, indicating that it recorded about 19,327 violations during the first half of 2021 AD.

She stated that failure to adhere to leaving a sufficient safety distance causes traffic accidents that result in human and material losses, appealing to drivers to be careful to abide by traffic laws and regulations to protect themselves and other road users from serious traffic accidents, pointing out that the violation of “not leaving a safe distance between vehicles” is one of The main causes of traffic accidents on the roads.

The Traffic and Patrols Directorate of the Abu Dhabi Police explained that the cause of the accident was due to not leaving a sufficient safety distance, to which Law No. 5 of 2020 regarding the seizure of vehicles in the Emirate of Abu Dhabi applies, which is the financial value of releasing the vehicle, 5,000 dirhams, provided that the vehicle is impounded until the financial value for the release of the seizure is paid for a period A maximum of three months. In the event of non-payment of the dues, the vehicle is referred for sale in a public auction, as well as the application of item “52” in the rules and procedures for traffic control No. “178” of 2017 on drivers who violated by not leaving a sufficient safety distance behind the front vehicles “with a fine of 400 dirhams and 4 Traffic points for the driver of the vehicle.

She pointed to the dangers of some drivers harassing the vehicles traveling in front of them and approaching them to a close distance and forcing them to clear the way for them by constantly using reflective lights and horns, which leads to distracting the driver of the front vehicle and increases the risk of serious traffic accidents.

And she urged the need to take the necessary preventive measures in changing weather conditions, by leaving a greater safety distance between vehicles, especially during low horizontal visibility due to fog, and during rain and water gathering on the roads that may expose vehicles to slipping and not stopping at the appropriate distance.

She explained that its strategic priority focuses on making roads safer by applying traffic safety regulations, increasing traffic culture, and reducing the number of accidents leading to deaths and severe injuries.

The Abu Dhabi Police recently broadcast, through its accounts on social networking sites, videos of real traffic violations and accidents that occurred on the emirate’s roads, with the aim of educating the public about the danger of not leaving enough distance between vehicles on the roads as part of its monitoring of traffic violations on the roads around the clock in order to enhance safety.