50 years since the first fatal accident in space 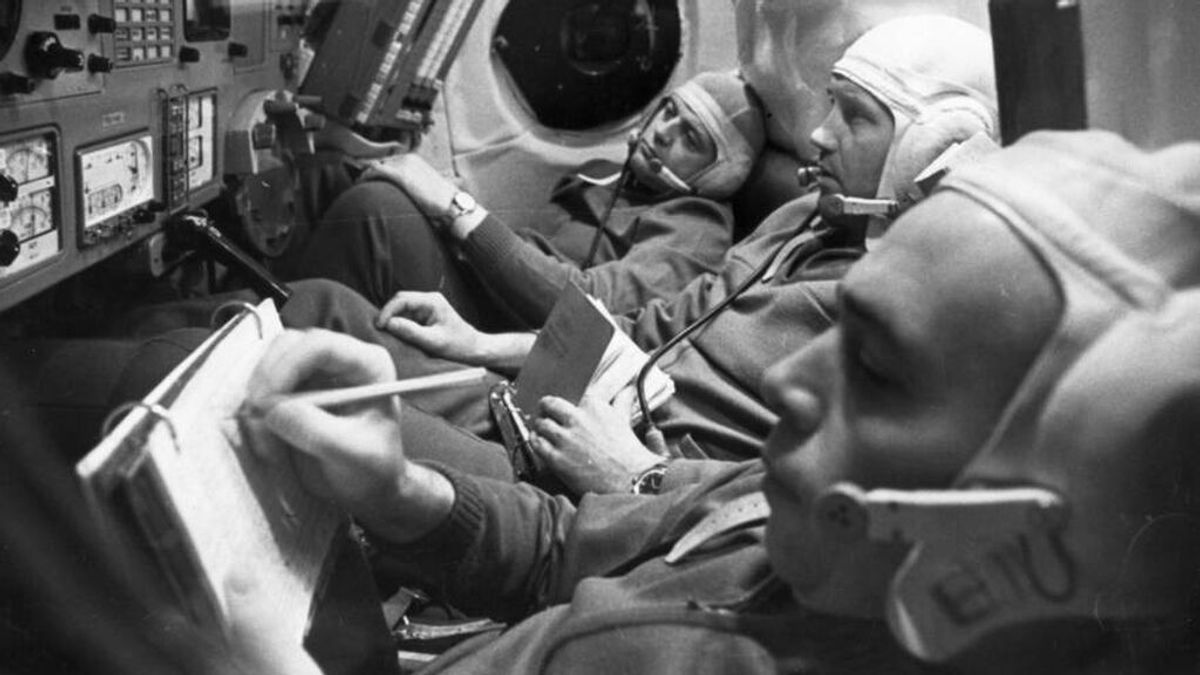 Since Yuri Gagarin opened the age of man in space, 18 people have died in accidents during spaceflight (21, if we include the crew of the Apollo 1, lost in a fire on the launch pad). Some of these tragedies are still very present in the popular imagination. For example, the explosion of the Challenger, broadcast live before the horrified gaze of friends and family. Others have been diluted with the passage of time, perhaps because the accident took place in absolute solitude. It is the case of Soyuz 11, of which just half a century has just ended.

In the summer of 1971, the race to the Moon had already been decided in favor of NASA. The official position of the Soviet Union was that it had never participated in that competition, since it preferred to use automatic probes, which were cheaper and did not put lives in danger. In that he had achieved spectacular successes: Moon 16 had brought lunar samples to Earth and the 17, deposited there the Lunojod, the first mobile vehicle that traveled by our satellite.

As for manned flights, the lunar adventure ruled out, the USSR favored the creation of orbital laboratories, in which the crew could stay for weeks — months, perhaps. There would be two types, outwardly very similar: those for civilian use and the military; they would all share the same name Salyut, although both were built by companies not only different but clearly competitors. Both arrived in space propelled by a high-powered rocket: the Proton, which is still used today, although at that time its characteristics and even its simple photographs were almost unknown.

Since Gagarin opened the age of man in space, 18 people have died in accidents during spaceflight (21, if we include the ‘Apollo 1’ crew, lost in a fire on the launch pad)

The first Salyut was launched in April 1971 and within four days of being in orbit its first crew arrived: three cosmonauts aboard the Soyuz 10. But things did not go well: the lashing mechanism only managed a partial hitch, which also jammed the device. The three astronauts were unable to enter the laboratory and only after repeated attempts were they able to disconnect their spacecraft and clear the only mooring point.

The second attempt was scheduled for early June. The crew commander would be a charismatic veteran, Alexei Leonov, the first man to go on a spacewalk. But shortly before launch, doctors discovered a suspicious shadow on the lung of Valeri Kuvasov, the flight engineer. Tuberculosis, perhaps. Unlike NASA, which in these cases replaced only the affected pilot, the USSR applied the policy of exchanging the entire team for its reserves. This is how Vladislav Volkov, Georgi Dobrovolski and Viktor Patsayev became the first crew to occupy the brand new orbital station.

Unlike the first attempt, the automatic mooring system worked perfectly and the three astronauts boarded the orbital laboratory. The idea was for them to stay there for a month until they were relieved by another crew. And his stay was not quiet. You could tell that the Salyut it was a first-generation model, built with some haste. Some teams gave problems from day one, like the telescope whose cover refused to be ejected. Others were simply burned, without the cause being determined. On one occasion, the station was so filled with smoke that astronauts had to resort to their respirators as they wondered if they would have to leave it.

The Salyut it was not comfortable. At that time the exercise regimen necessary to keep astronauts in shape was not well understood. Every time I started the treadmill the entire station vibrated. And the suits Penguin (a kind of braces that reached down to the soles to simulate the heaviness of gravity) resulted in unbearable discomfort. Also, in an attempt to collect as much data as possible, the work schedule was overloaded. And the astronauts were already showing fatigue. To such an extent that when they completed three weeks on board they were ordered to return to shore.

For many years, Russian astronauts flew in street suits, without diving suits. It was a way of showing their confidence in their ship. But above all, it was the only way to accommodate three people in such a small space. The pressurization and oxygen supply equipment would have occupied all the space destined for the third crew member.

For many years, Russian astronauts flew in street suits, without diving suits. It was a way of showing their confidence in their ship.

So the three men took their seats and prepared to unhook the station. They had accumulated so much scientific material and photographs that not everything could fit in their capsule and they were forced to leave some in the Salyut waiting for the next crew to pick her up.

The uncoupling maneuver was also going to encounter difficulties: The main hatch closing sensor remained on. It was tried over and over again, following the ground instructions: “Turn the crank once to the left and six times to the right.” In the end, forcing an almost complete seventh turn, the alarm light went off. Although other versions claim that it was achieved thanks to a piece of tape placed on the sensor. In any case, without pressure suits, the astronauts knew that they could not return to earth in a leaky capsule.

The Soyuz 11 he finally broke away from the orbital lab and fired his back-braking motor back to the ground. Then, as planned, they detonated the bolts that held the three sections of the ship: the descent capsule, the aft service module and the orbital, spherical module, forward. But they did not do it sequentially but all at the same time.

The vibration was so violent that it caused a valve in the cabin wall to open. Many on-board systems are operated by small explosives: it is a much safer method than mechanical equipment that can jam. Joint brackets between sections of the house, cable cutters or hydraulic lines, even fuel valves that only need to be opened or closed once.

The cosmonauts probably didn’t hear the valve pop open; the headphones and other noises from other mechanisms must have muffled it. But they felt it immediately in the most painful way: an excruciating earache as they tried to balance pressure with the escaping air.

In less than thirty seconds the cabin was empty. Commander Dobrovolsky came to loosen his belt in an attempt to reach the damaged valve. Maybe he thought he could plug it with his finger. Or perhaps, remembering the difficulties they had had in closing the hatch, he assumed that it had been opened. In any case, the escapement was in the wall of the capsule, behind the control panels, so it was almost impossible to access it in the short time available.

With its macabre load, the capsule completed the descent under automatic control until it fell, lopsided, in the steppe of Kazakhstan. The recovery team arrived there in a matter of minutes, alarmed that they had not picked up any audio transmission. When they opened the hatch, they found the three men asphyxiated, with trickles of blood flowing from their ears and nostrils, an obvious sign of what had happened.

Attempts at cardiopulmonary resuscitation, carried out on makeshift stretchers in the middle of the steppe, were doomed to failure. By the time their capsule touched down, they had been dead for half an hour. Autopsies would uncover internal bleeding in the brain and lungs. The depressurization had also caused embolisms due to the appearance of nitrogen bubbles in his bloodstream and his lactic acid levels were extremely high, consistent with a case of suffocation. The on-board biomedical data recorder recorded intense gasps from the pilots (48 per minute, three times normal) just three seconds after the valve opened. Half a minute later they had passed away.

The real reason for the accident was not established. It was not even possible to reproduce the opening of the valve on the ground but to try it repeatedly. In fact, on dozens of subsequent flights, such an emergency has never occurred again. Despite the tragedy of Soyuz 11, these veteran capsules continue to be considered among the safest options to go to space.