50 years old | The decision to sober up revolutionized the author’s life, and was followed by international success 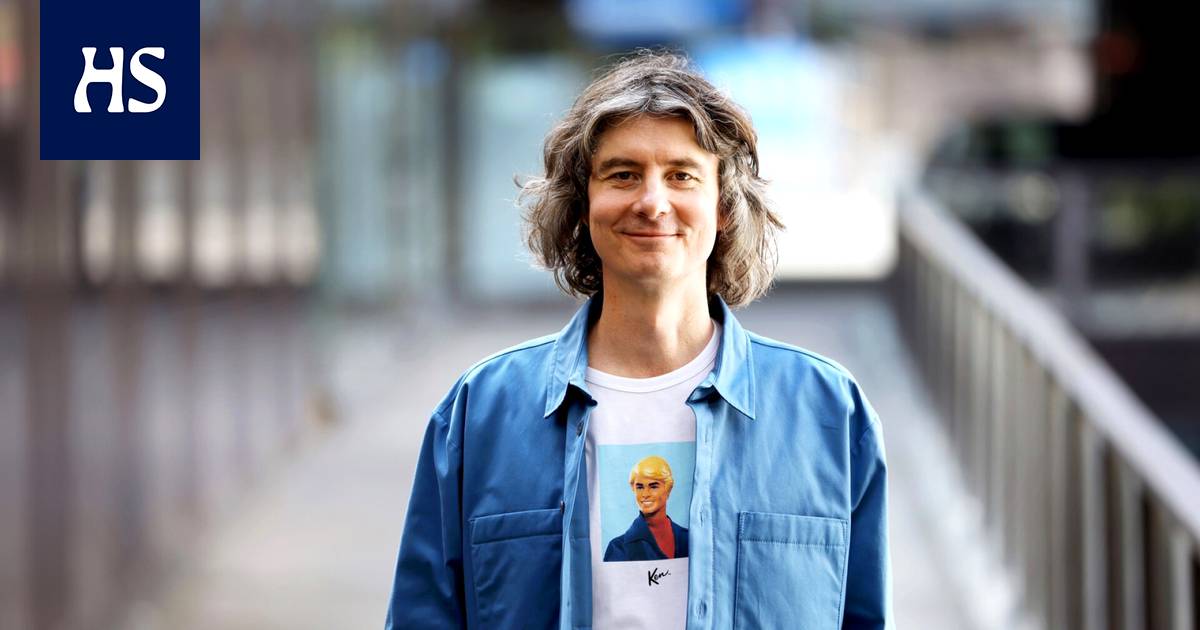 “I knew I shouldn’t write anything good as long as I drink,” says Antti Tuomainen.

“It was a turning point in my writing career, ”says the author Antti Tuomainen.

He has just said he is prone to irony in both writing and speaking.

But now he is serious.

The turning point was the sixth suspense novel published in 2016 The man who died. The work differed from its predecessors in that alongside the gloom, a sheer dose of black humor appeared.

It, in turn, was related to development as a writer, perhaps also as a person, Tuomainen apricot.

“In itself, of course, such a change is harder to show. But all in all, I had an internal compulsion to bring in humor. ”

The combination of serious subjects and black humor has bitten readers excellently.

In addition to Finland, Tuomainen has reached a loyal readership abroad, especially in the United Kingdom, Germany and France. The Times titled him for the 2017 release Palm Beach Finland in the assessment of ‘Europe’s funniest man’.

“British black, serious humor pretty much coincides with what I do myself.”

Behind the success is, of course, also careful groundwork.

Tuomainen has been with the Swedish literary agency Salomonsson Agency for ten years. Now the fruits of the collaboration are being reaped: in the next few years, the author’s stories will end up in front of even larger audiences, as a TV series and a film.

The man who died A TV series is currently being made on the basis of the book. Elisa Viihde plays the main part in Viaplay’s production Jussi Vatanen.

“The events of the book take place in Hamina, and the series is also filmed there. I am particularly happy about that. Hamina is familiar to me, I spent my childhood summers there. ”

In July, it was reported that Tuomainen was published last year Rabbit multiplierThe novel is being turned into a Hollywood movie. Attached to the main part is a well-known of numerous hit comedies Steve Carell.

“When I first heard about it, I wasn’t initially getting a word out of my mouth. Now I have got used to the idea, but it feels like a tremendous and some kind of achievement. ”

Tuomainen cannot – or can not – say more about a film project than that “it is advancing with its own weight” and “the parties are serious”.

“I’m probably a pretty ordinary neurotic writer in the sense that when I watch a movie on the couch at home, I think maybe this can become something.”

Once now there was talk of turning points, let’s talk about them a little more. Even more important than writing the sixth novel was Tuomainen’s decision to sober up at the age of 31.

“It was the best solution of my life. Without it, there would be no books, no TV series, no movies, and probably no good things in my life. I had been drinking for a very long time very much. It had a very negative effect on my life. ”

Was the decision difficult?

“No – then when it was done. It is typical to push the problem forward and wait for it to seem to solve itself in some way. But that won’t solve it. ”

There is also a downside to drinking a lot, that nothing long-term becomes anything, Tuominen points out.

“And writing a book, if any, is long-term. I knew I shouldn’t write anything good as long as I drink. ”

Tuomainen wrote the first two books in addition to the advertising agency’s day jobs in the evenings and on weekends. Picture: Liisa Takala

Desire to write there has been a red thread through it all.

“I was 18 when I decided with a young man with certainty that one day I would become a writer. Now, at the age of 50, I can probably reveal that I didn’t have any contingency plan. ”

Full-time writer Tuomainen calculates that he has been nine years old. Prior to that, he studied English philology at university, worked as a freelance journalist and worked for many years as a copywriter.

“I wrote the first two books while working in an advertising agency in the evenings and on weekends. It wasn’t until the third book that I began to think of myself as a true writer. ”

It was preceded by firings in 2009 from the advertising agency Bob Helsinki. The day after the dismissal, Tuomainen started writing Healer (2010), who received the Wire of the Year award.

“I am deeply grateful for how things went.”

Tuomainen says the completion of a new book and holding it in hand is still a matter of wonder and gratitude.

He says he received a copy of the author’s work that had just appeared at his home the day before Monster formula.

It is the tenth novel in a row and continues In the rabbit coefficient the story of Henri Koskinen, an actuary presented. The concluding part of the trilogy is due to be published next year.

“Making a trilogy is a new thing for me. It has been difficult but also satisfactory. When I had written Rabbit coefficient, I had a strong feeling that I wanted to continue with the voice of Henri, an actuary. For the first time, I didn’t want to leave that world. ”

Koskisen’s way of approaching almost all things through mathematics is unfamiliar to Tuomainen himself, but some of the character’s qualities could also be taken for granted.

“I have to admit that Henry’s way of facing difficulties has to be learned for the author himself.”