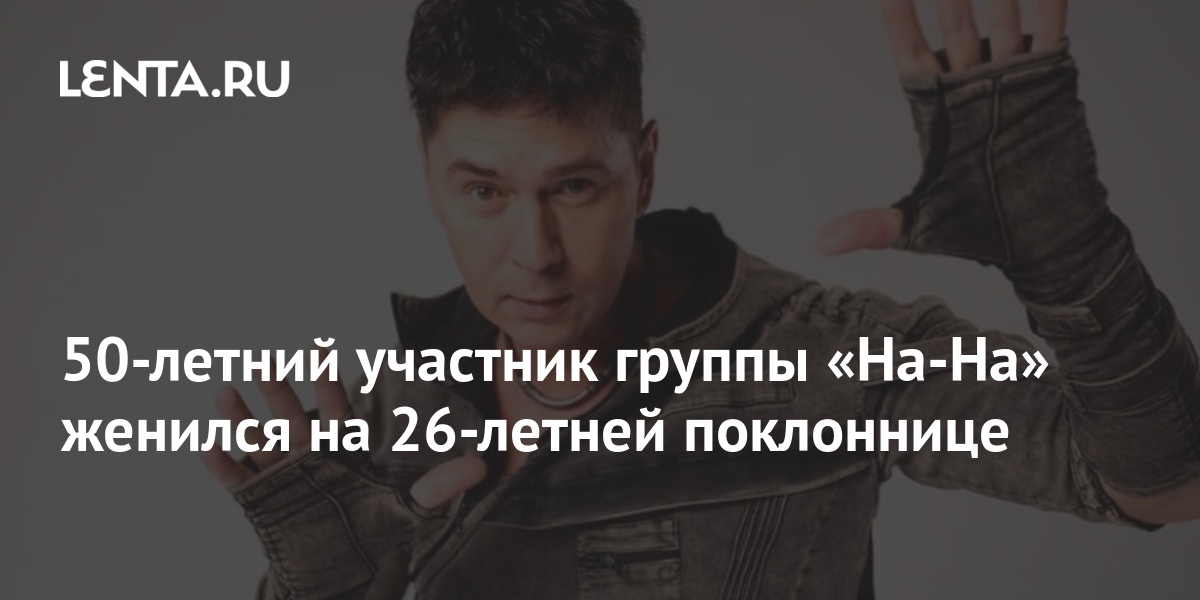 50-year-old member of the group “Na-Na” Vladimir Politov admitted that six months ago he married a 26-year-old lover. He shared the details of his personal life on the “Secret for a Million” program on the channel NTV…

In an interview with TV presenter Lera Kudryavtseva, Politov said that on January 14 he married a second time. The musician’s wife was his 26-year-old fan. The couple met in Blagoveshchensk, where the girl was from. In 2017, the Na-Na group gave a concert in this city. According to the artist, the future wife herself found his number and made an appointment after the performance.

Then the couple corresponded for a long time and rarely met after the girl arrived in Moscow from Blagoveshchensk. “Well, it started spinning somehow. I once said to her: “Stop coming to see me after work. Pack your things and move in with me.” For some time they lived in a civil marriage, on January 14 they signed, ”said the artist.

The leader of “Na-Na” added that he dreams of having a son from his second wife.

Earlier, the choreographer and former figure skater Ilya Averbukh spoke sharply about the age difference with his wife, the star of the series “Daddy’s Daughters” Elizaveta Arzamasova. “Nothing is more important to me than your man. All the rest is vanity of vanities. And you don’t even need to spend time on any explanations. And answer. Guys, time is short. Anyone who wants to speak, they will speak. And they will talk about it endlessly, ”said the 47-year-old choreographer.