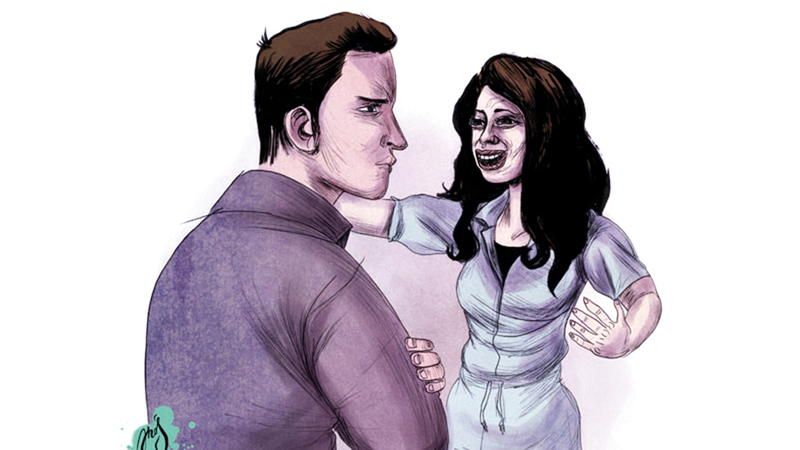 The Abu Dhabi Court of First Instance ruled that a girl must pay an employee 50 thousand dirhams in compensation for insulting him and pay it with her own hands, and the court obligated the girl to pay fees and expenses.

In the details, a man filed a lawsuit, in which he demanded to oblige a girl to pay 150,000 dirhams, in compensation for material and moral damages, and legal interest at 12% from the date of the judicial claim until full payment, with obligating her to pay the fees and expenses of the lawsuit and in return for attorney fees, indicating that he works as an employee And while he was performing his work, the defendant came and stopped her vehicle at one of the traffic lights. He asked her to move because the signal was green and obstructing traffic, but she refused. The plaintiff indicated that the defendant got out of her car when he told her that he would inform the police, and she assaulted him in word and deed, as she pushed him with her hand and cursed him, pointing out that he submitted before the Criminal Court what indicated that he was receiving treatment at the psychiatrist, where the phrases – which he had uttered – were attached to him. psychological damage, and degraded his dignity among his family and friends.

The court explained that the evidence from the papers is that the defendant attacked the plaintiff by word and deed, which caused him to hurt his feelings, and made him feel distress and pain, and that these expressions would make the plaintiff a subject of contempt and contempt, which makes the request for compensation for moral and moral damage come On the basis of fact and law and worthy of acceptance, the court ruled to obligate the defendant to pay the plaintiff 50,000 dirhams, in addition to obligating her to pay fees and expenses.

• The defendant got out of her car when the plaintiff told her he would call the police.