5 records .. Mabkhout from patience to glory 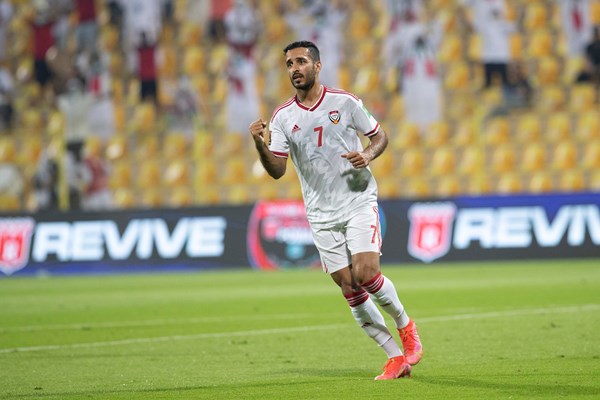 It was not in the imagination of many that Ali Mabkhout, the star of the national team and Al Jazira club, would achieve all these records in the history of Emirati football, especially since his beginning was faltering, whether with Al Jazira or the Olympic team, where luck has been in front of the opponents’ goal since his appearance league in 2009.

Mabkhout had several qualities that made him an icon of the UAE’s top scorer, the most important of which is patience, not despair, and continuing to fight for scoring until he became a goal machine, as well as combat training and always striving to develop himself and his scoring skills.

As for the most important thing that distinguished Mabkhout, it was that criticism did not affect his career. On the contrary, he took from it what benefits him by making himself fly and left from it what harms him psychologically and morally.

The star of Al-Jazira and the national team achieved a set of historical figures that it is difficult for any player to reach soon, especially as he became the historical scorer of the national team with 75 goals and became the second scorer in the world at the level of teams among the players on the scene now, specifically after the Portuguese legend Ronaldo, While he surpassed the legend Messi and approached the number of Pele.

At the local level, he is the most scored player in one season in the league after scoring 33 goals in the 2016 season when Al Jazeera won the Arabian Gulf League title for the second time in its history. He is also the historical scorer for the island throughout the ages and came close to destroying the number of sniper Fahd Khamis, who has goals 175 goals in the league, while Mabkhout has 172 goals to be close to reaching the title of the league’s historical top scorer, and he is the only Emirati player to win the title of top scorer in the Arab Gulf League in the era of professionalism twice.