5 big stars in the spectator seats in the «Euro» 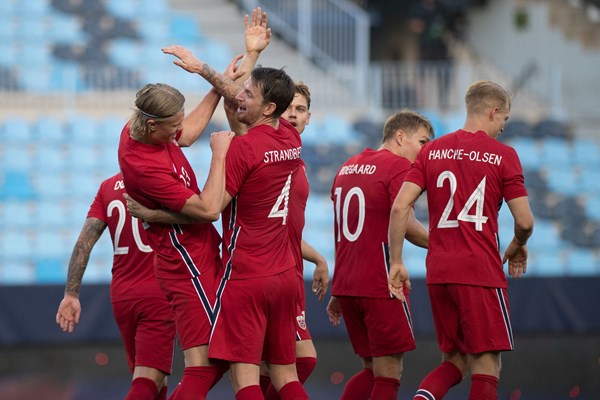 Anwar Ibrahim (Cairo)
A few days later, specifically on June 11, the European Nations Cup “Euro 2020” will start after a full year delay from its original date, due to the Corona pandemic that affected the world and resulted in the postponement of many tournaments and sporting events in Europe and the world.

Portugal, the holder of the “Euro 2016” title, is entering into a fierce challenge and competition with 23 European teams, each seeking the honor of lifting the championship trophy, although this version of the tournament witnesses the participation of many international stars, whom the fans follow with interest and passion, and who add to the tournament all the factors of fun and excitement, but the millions of followers of this tournament will be deprived of watching a number of stars of high caliber, for various reasons that force them to sit in the spectators’ seats.

France Football magazine lists 5 of these stars, the first of whom is the promising young Norwegian Erling Halland of Borussia Dortmund, whose country failed to qualify for the finals of this tournament, and came third in the qualifying stage after Sweden and Spain. Although this player was in the national team in the penalty shootout against Serbia a year and a half ago, he had not yet reached his current fame and did not succeed in helping his country qualify for this tournament, although he has now become one of the most prominent names in European football. .

The second star is the Slovenian goalkeeper Jan Oblak, Atletico Madrid’s goalkeeper, who won with his team the Spanish League “La Liga” this season. His country’s Slovenian team failed to qualify for this tournament, due to its lack of big stars, and he alone was not enough to help the team in this difficult task, no matter what he achieved. Of the miracles in his position as a goalkeeper.

And the third star is the veteran Swede Zlatan Ibrahimovic, AC Milan player, who was initially announced to join the national team, but then injured his knee with his Italian team, and he was excluded, after he pinned high hopes on participating in this tournament, to lose the football-loving fans one Its stars who play beautiful football, and Ibrahimovic’s sadness, who also did not receive the honor of participating in the World Cup Russia 2018, continues to be excluded from the team at the time.

And the fourth star is Dutchman Virgil van Dijk, the heart of the Liverpool team’s defense, who suffered a serious knee injury, and underwent cruciate ligament surgery, and did not participate with the Reds this season in any match, and if he started at the end of the season training with the ball in the hope of catching up with the championship, but he could not,

He was forced to announce himself that he was unable to participate, and that he would prefer to get more rest so that he could enter the pre-season stage with his team in the best condition. Fortunately for the Netherlands, it is located in an affordable group, which includes Ukraine, North Macedonia and Austria, which means increasing its chances of qualifying for the round of 16 of the tournament. And the fifth star is the Spanish Sergio Ramos, the heart of Real Madrid’s defense and captain, who has never been excluded from his country’s team, specifically since 2005, but coach Luis Enrique excluded him this time to the astonishment of many, which sparked anger among the Real fans, who accused Enrique of racism and lack of Objectivity because he did not choose any player from Real Madrid in the ranks of the Spanish national team Roja. But the fact of the matter is that Ramos has suffered from injuries this season and missed his team in many matches in the domestic league and the European Champions League.

Why too much ‘fantasizing’ can sometimes be a problem