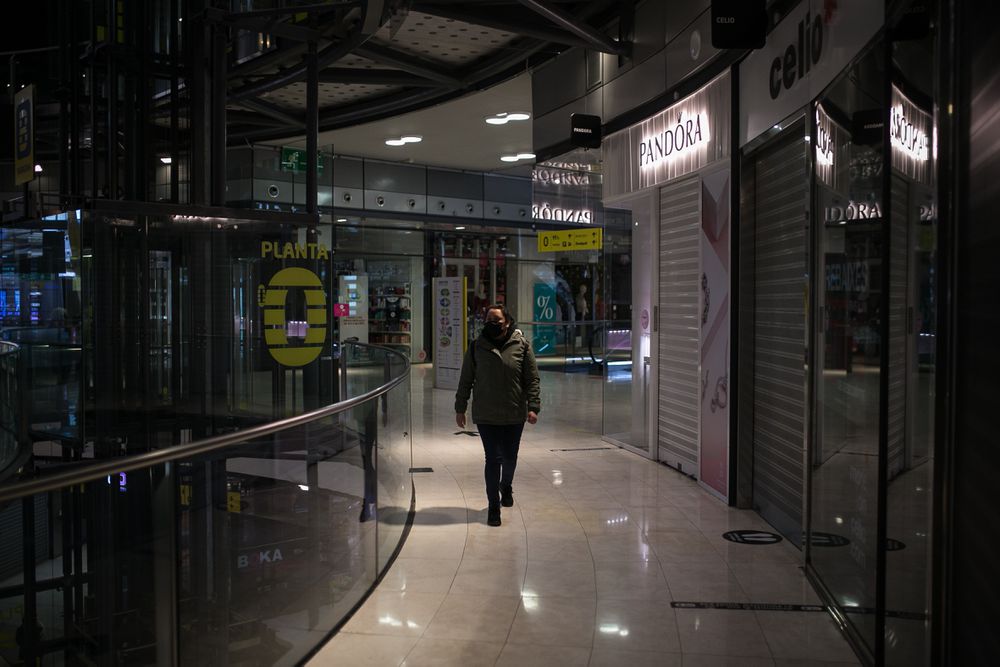 The expectations of Spanish businessmen have improved with the arrival of vaccines, but the third wave of infections still acts as a counterweight to optimism in this first quarter of the year. 45.1% of business owners assure that the months of January, February and March will be “unfavorable” for their companies, compared to 8.6% who believe they will be “favorable” and 46.3% who consider that they will be “normal”.

However, the data published this Thursday by the National Institute of Statistics (INE) does show a greater confidence of employers compared to the surveys of the previous three quarters, when the pessimistic forecast (those who thought that the evolution would be unfavorable) was majority among the 8,000 respondents. By branches of activity, the only one that worsens its confidence in the future is the hotel and transport sector, whose harmonized confidence index falls from 94.5 points to 94 points. Industry is the sector where this indicator improves the most based on 100 in 2013, since it progresses by 7.1 points compared to the previous quarter and stands at 110.1 points. Even more optimistic are trade (113.4 points) and construction (123.7 points). In the general calculation, this index reaches 109.3 points in the first quarter: it is a significant recovery compared to the early days of the pandemic (when it was slightly above 95 points) but it is still far from the levels of a year ago (130.6 points).

The evolution of businessmen’s expectations has evolved from deep pessimism at the beginning of the pandemic to stability, according to their responses reflected in the Balance of Expectations of the INE. The opinion that the volume of business of their companies will be “normal” – compared to previous months – accounted for 37.4% of responses in summer 2020, rose to 42.5% in the fourth quarter and now comes 46.3%. In parallel, the “unfavorable” view has fallen almost 10 percentage points since the third quarter of last year, while the optimistic view has barely changed from 7.7% last summer.

To make the leap from stabilization to recovery of pre-pandemic activity, according to respondents, there are months or even more than a year to go. 32% believe that their businesses could recover the level of activity prior to the pandemic in the second quarter of 2021, while 33% delay that moment until 2022. Only a small portion of entrepreneurs (8.7%) believe which will recover in the next six months, while 12.6% maintain that they will never return to their pre-crisis levels. “The most pessimistic are those in the construction sector (17.2% consider that it will not recover) and those with less than 10 employees (18.3%)”, points out the INE report.

Small companies, the most pessimistic

According to the INE’s Business Confidence Index, small companies (fewer than 10 workers) are the ones that face this first quarter with the greatest skepticism and confidence only improved by 1.5% compared to the last section of 2020. This optimism increases as that the company has more employees and reaches a quarterly increase of 8.1% in large corporations (from 200 to 999 workers), which see this beginning of the year with better eyes.

By autonomous communities, the Basque Country, Valencia and Madrid are the ones that accumulate the highest business confidence for this first quarter, above 7%. On the opposite side are Asturias, Cantabria and Extremadura, the only three regions of Spain that lose confidence compared to the months of October to December 2020.

Consumers start the year with concern

The evolution of business confidence is linked to consumer confidence, especially in sectors such as hospitality and commerce, and the data shows a still very difficult first quarter for sellers. 7 out of 10 consumers in Spain are “extremely concerned” about the economic situation, “a key sentiment when it comes to boosting sales in the sales season,” as Javier Vello, from the EY consulting firm, pointed out this Wednesday. a study about it. The report also points out that the fall in income due to the pandemic crisis has led families to prioritize saving and 63% of those surveyed say they are trying to increase it, which will also have an impact on the reactivation of consumption.

Despite the lower spending capacity of Spaniards, the INE survey ensures that only 15.1% of businesses estimate a decrease in the price of their products during the first quarter of 2021, compared to 77.2% who think that they will freeze it.

The plan for Costa Salguero: they warn that making buildings is a risk for the security of the Aeroparque