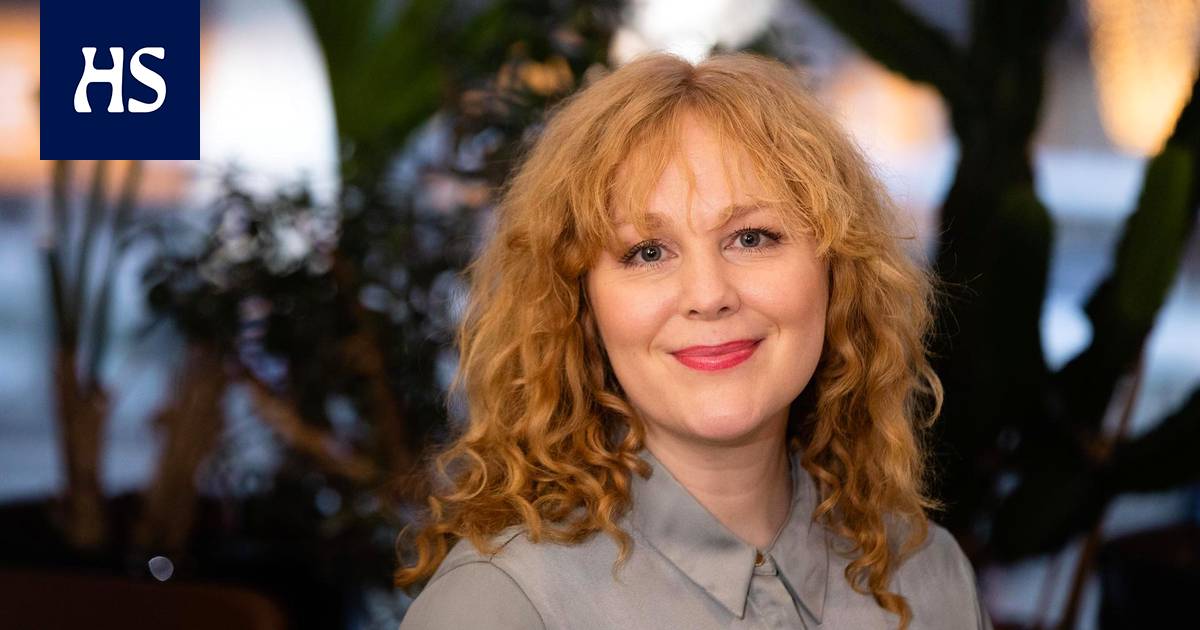 Pauliina Kokkonen realized her dream as a singer and now, as a singing teacher, teaches others to do the same.

That’s right be almost inevitable for that Pauliina from Kokkonen becomes a singer.

He has been in contact with music for as long as he can remember: as early as the age of five, he began to study violin and at the age of primary school he began to sing.

When high school had to think about a career plan for the future, there were hardly any options.

“I may have been a little interested in geography, but it was just an ö plan,” Kokkonen laughs.

“Singing came first. It was an obvious dream that it would be wonderful to sing professionally. But it was not obvious that that would happen. ”

Kokkonen decided to ensure the realization of his dream with a two-front attack. At the same time as she began her own career as a singer, she also studied to be a singing teacher.

There has been no need to return to studying geography since then. Singing and teaching singing have kept the calendar pages full.

“Singing is just so sick of fun,” he explains his choice. “It’s therapeutic, and it’s going to feel good. It is quite physically important and a really important means of expression. Sometimes it feels like singing makes it easier to say things than talking. I couldn’t be without it. ”

For his part the choice was facilitated by the peer support provided by the siblings to each other. All three daughters of the family have leaned towards culture, be it music, literature, theater or dance.

“I don’t know if there’s been anything in breast milk, but at least parents have always encouraged me to make art and music. And we are encouraged, supported and helped each other, but then everyone has created their own careers quite independently. ”

Pauliina Kokkonen is perhaps best known to the general public as the second singer of the Scandinavian Music Group, the main soloist of the band is her sister Terhi Kokkonen. The novice singer was thrown into the forefront of Finnish rock in one fell swoop when he joined the band in 2007.

Small club gigs were exchanged for the main stages of the festivals and audiences of thousands of people. The other members of the band had already experienced this once in the ranks of Ultra Bran, but for Pauliina Kokkonen, everything was new.

“That was completely insane!” Kokkonen recalls.

“Getting on stage with Scandinavian Music Group feels incredible and lucky every time. And it is not just the fact that I have been able to fine gigs. At the same time I have been able to work with professionals in bedrock, and thus have accumulated quite a lot of the kind of secret information. “

A decade The idea of ​​his own solo album also revolved around Kokkonen’s back brain. The dream finally came true when Upalbum was released in the spring of 2019.

The singer found herself in a new situation again as she headed for gigs with her own band. Now all the attention was focused on him.

“After all, it’s a lot scarier, especially before the show, when everything is my responsibility. What am I talking about, how am I on stage, how do I get in touch with the audience? When it comes to your own lyrics and compositions, it’s all super personal, ”he says. “It’s so bare and vulnerable.”

“The most important thing in becoming a solo artist is making your own music and, above all, bringing out the emotion. That’s the scariest thing about it. And it’s also the most rewarding when you get in touch with the audience with your own music. ”

As a singing teacher Pauliina Kokkonen has noticed that the key is to overcome fears. When a novice singer arrives for her class, the most important thing is to find self-confidence.

“You have to find your own voice and dare to let it out,” Kokkonen concludes.

“Most of the time I work to get the singer to let go of all the excitement and through that, start to trust her own voice.”

“That’s why many come to singing lessons to learn how to perceive their own voice and singing. It’s also fun to make a dune with them, because often these things start to take shape pretty quickly. When you get rid of fear and uncertainty, you suddenly leave quite insane sounds and interpretation. It’s no wonder. ”

■ Scandinavian Music Group’s backing singer since 2007. Previously also in the singing group Viisi and in her own band Pauliina Kokkonen & Veljet.

■ The songs on the Valveilla solo album (2019) have been composed and written in collaboration with Tapio Viitasaari.

An employee demands compensation from her employer 851,000 dirhams

Neymar explodes: “I don’t know how long I’ll hold out”