40 years old | Arttu Kapulainen got the actor’s profession as a bloodline, and his role in The Sick Beautiful World in 1997 made him a teen idol 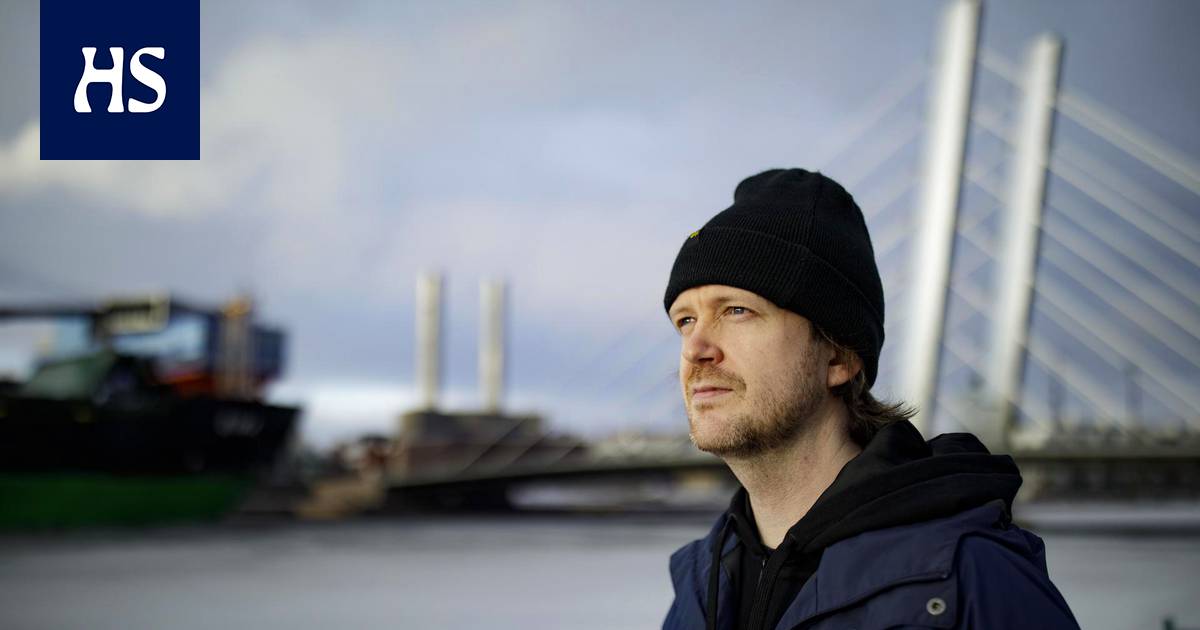 Many of Arttu Kapulainen’s childhood memories are related to theater and filming locations.

Actor Arttu Kapulainen turns sideways towards the camera. The reason is an eye injury the day before.

Kapulainen’s right eye had begun to itch. He had scratched the corner of his eye throughout the day, and in the evening the wife pointed out that the actor’s eyeball was bright red.

“I went to look in the mirror that ohoh, there’s a hemorrhage inside the eye. I watched online that one might come if you rub too hard, ”Kapulainen explains.

What does appearance mean to you?

“Well, I have a lot of roles that define it,” Kapulainen replies. “I almost always live in a role play. On the other hand, when acting, the appearance should not be considered too much. It can lead to over-observing oneself, and it’s never a good trait for an actor. At least when acting. ”

PLAY Kapulainen has had a lot during his life.

He made his first film role at the age of five in crime drama Outside the law and has since appeared in dozens of blockbusters, television series, and theater roles.

The artist’s profession came as a bloodline. Kapulainen’s parents are the actor Leena Uotila and playwright Henri Kapulainen, and his grandfather was an actor-director Erkki Uotila. Sister Annu Kapulainen is a visual artist.

Many childhood memories are associated with theater and filming locations. Kapulainen recalls stalking as a little boy between the rows of the Helsinki City Theater and following him Kari Heiskasen, Pirkka-Pekka Petelius and the empathy of numerous other top professionals for the role figures.

That’s when he decided to become an actor himself. At home, it was still not encouraged.

“Not at all,” says Kapulainen.

“It was rather the opposite. Mutsi said this is such a tough area that it is not worth it. But I had already been able to sense that magic. ”

IN 1996 Kapulainen was awarded the Jussi Prize for Best Debut in Film Thomas.

He made his real breakthrough role the following year in youth drama Sick beautiful world.

The film, which depicted the lives of young people in Helsinki, hit the nerves of time and made Kapulainen, one of his main teenage actors, Joonas Braggesta and Pihla from Penttis large youth halls.

Kapulainen recalls the publicity mill with conflicting feelings. There were interviews with Favorites, home flooded with fan mail, and the girls screamed down the street. For a 17-year-old boy, that kind of thing didn’t just feel nice.

Kapulainen says he watched Sick of the beautiful world for a long time a few weeks ago. “That’s a pretty good movie,” he laughs.

What do you think of watching yourself?

“Well, I’m pretty proud of myself. Of course, it sees the teenager himself above all else. On the other hand, it’s a lot of fun. Not everyone has that opportunity. ”

“As you grow up, you inevitably start thinking about what black gets when you grow up. That acting is my thing anyway. It is a psychological journey that may be difficult for an outsider to understand. ”

Growth pains led to underachievement in the Theater Academy’s entrance exams. Kapulainen had time to participate in them three times until he was elected in 2005.

It was the first time he really knew what he wanted.

“Before that, I had believed to myself that it wasn’t just about getting there. That I am not now tav I had kind of pruned myself out even before the audition, ”Kapulainen explains.

“Probably it was sellaistakin that I knew I was an artist branch of the family that I have already received all kinds and Jussi particular. It could turn against itself. It made everything even harder and more pressured. ”

Last times Kapulainen has worked Auli Mantilan a drama series written and directed by Transport among. Filming of the series in Finland and Belgium began in August last year and will end at the end of March.

Kapulainen says that considering the interest rate restrictions, his own work situation has remained exceptionally good. Designed for the Hämeenlinna Theater The year of the hare had to be postponed to the autumn, but other projects have been completed on time.

“The life of a freelancer is otherwise a regular irregularity,” says Kapulainen.

It belongs of course, more in his life. Kapulainen is the father of a family of three. When asked if anyone in the offspring has shown interest in the actor’s work, he denies it.

“At least not yet,” Kapulainen laughs.

What if you showed up? What advice would you give?

“My advice is to follow your own passion. Whatever it was. That’s the thing in life, and that’s what I believe. ”

■ The family includes a wife and three children.