4 matches inaugurates the President’s Cup for the hand 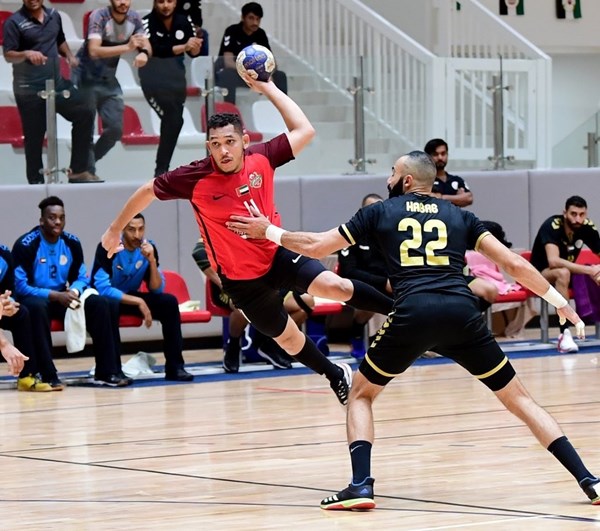 Rida Saleem (Dubai) will kick off tomorrow evening the preliminary round matches for the Cup of His Highness the President of the State for Handball, the last tournament of the current season for men, where Shabab Al-Ahly meets with Maliha in Al Wasl Hall, and the winner of them will face Dibba Al-Hisn team in the quarter-finals, while Al Ain meets Bani Yas At the Al Jazeera hall, and the winner of them meets Al Jazeera, then the third confrontation between Al Wasl and Al Dhafra at Al Shabab Al Ahly hall, and the winner of them meets Al Nasr, while the defending champion Sharjah team faces its rival Al Wahda, and the winner of them will go to the semi-finals directly. The quarter-final matches will be held next Friday and the final round April 27, provided that the final match will be held on the 29th of the same month, and although the tournament did not reveal the competition papers between the teams, it represents the last chance for all teams looking for a title to save the season, after Sharjah succeeded in winning the two championships. The Emirates Cup and the League are still among the strong competitors to win the third title this season. The confrontation of Al-Ahly youth with Maliha appears to be the strongest, while Al Ain and the summer of the league meet Al-Samawi in a position that accepts all possibilities. However, the technical reading of the two teams confirms the superiority of the leader Al-Ainawi, who recently contracted with Abdullah Al-Gharaballi, the Kuwaiti Kuwaiti player on loan to play with him in the tournament, while Bani finished Yas Al-Duri is in the penultimate place, while the third meeting will be between Al Wasl and Al Dhafra, and the latter will present a good level in recent matches and lack treatment of repeated mistakes, especially defensive, while the emperor is looking for a return, especially since the seventh in the league is not worthy of its value and history in the hand tournaments, Which makes the meeting the slogan of the search for return.

Hockey “Just drive over me, Jani” - Jani Hakanpää continued to charm Carolina fans by hitting the goal in the second match

Hamdan Medical: Charitable Hospital is a glimmer of hope for cancer patients