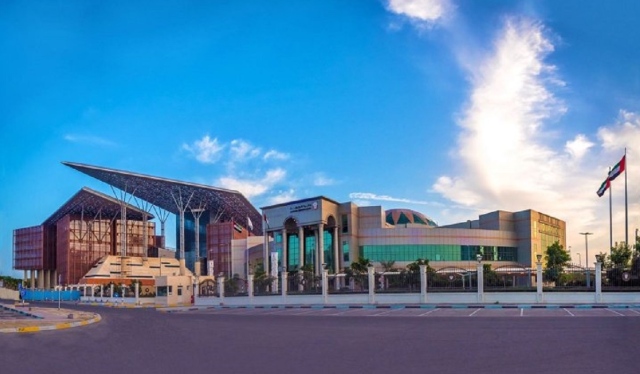 The Money Laundering and Tax Evasion Court of the Judicial Department in Abu Dhabi has convicted 4 defendants, all of whom are Filipino, and a company owned by one of the defendants; By committing the crime of money laundering and fraud against four thousand victims of the same nationality and appropriating their money by accusing them of investing in the gold trade.
The court also ruled to punish each of the four defendants. BBL, GBL, KCRS, GBA; Imprisonment for a period of five years for each of them with a fine of ten million dirhams and deportation from the state after the implementation of the penalty. In addition to the de jure ruling, the convicted company specialized in jewelry trade will be fined 50 million dirhams. The confiscation of the seizures, which included about seven thousand and 430 grams of 18 carat gold, amounted to more than one million and 370 thousand dirhams.

For its part, the Judicial Department in Abu Dhabi confirmed that arresting the accused in this case and bringing them to justice comes within the framework of the UAE’s efforts to combat money laundering crimes. The department also praised the integration of efforts between the various judicial, executive and financial authorities within a preventive monitoring system, which effectively contributed to protecting the national economy by limiting money laundering operations and deterring any suspicious financial activity. Noting that the UAE has an integrated and flexible financial legislative system and a specialized judicial structure in the field of combating money crimes.

As she demanded; The public not to be drawn to false advertisements and false temptations, and to report any suspicious activity in this context, confirming that society in all its groups is directly responsible for protecting economic and social security, as reporting is an individual and collective responsibility at the same time, in addition to that it constitutes a real contribution to strengthening The ability of the various stakeholders to confront these crimes with more effectiveness.

In the details of the case; The Public Prosecution had referred the four defendants to the Criminal Court competent to hear money laundering crimes on charges of money laundering and appropriation of the victims’ funds. This is based on the investigations that revealed a gang formation that includes the four defendants, and is working to promote a fake investment in a jewelry trading company owned by one of the defendants, using its website called “JAM”.

Investigations also showed that the defendants targeted their victims of Filipino nationality through advertising publications, videos and competitions that are published on the website and social networking sites, by accusing them of investing in the gold trade by subscribing to the website. Each subscriber is required to pay an amount of two thousand dirhams for the subscription.

It also included the fraudulent means used by the defendants; Encouraging subscribers by persuading others to participate by giving the subscriber 1,000 dirhams for each new subscriber he brings. It is a fraudulent method based on the idea of ​​a turnover of the sums collected from each subscriber, without the subscribers who reached four thousand victims; Get interest in exchange for the subscription they paid.

It is worth noting that the money laundering and tax evasion court was established by a decision of His Highness Sheikh Mansour bin Zayed Al Nahyan, Deputy Prime Minister and Minister of Presidential Affairs and Head of the Judicial Department in Abu Dhabi, within the framework of implementing the Judicial Department’s strategic priority of enhancing the effectiveness and efficiency of litigation, and ensuring The criminal justice system, in order to reach the goal of a just and prompt justice.

Science in the Primary School

Coronavirus in Spain live: restrictions in Madrid and Easter | Janssen and AstraZeneca vaccines

Editorial The political crisis caused by the pandemic is just coming