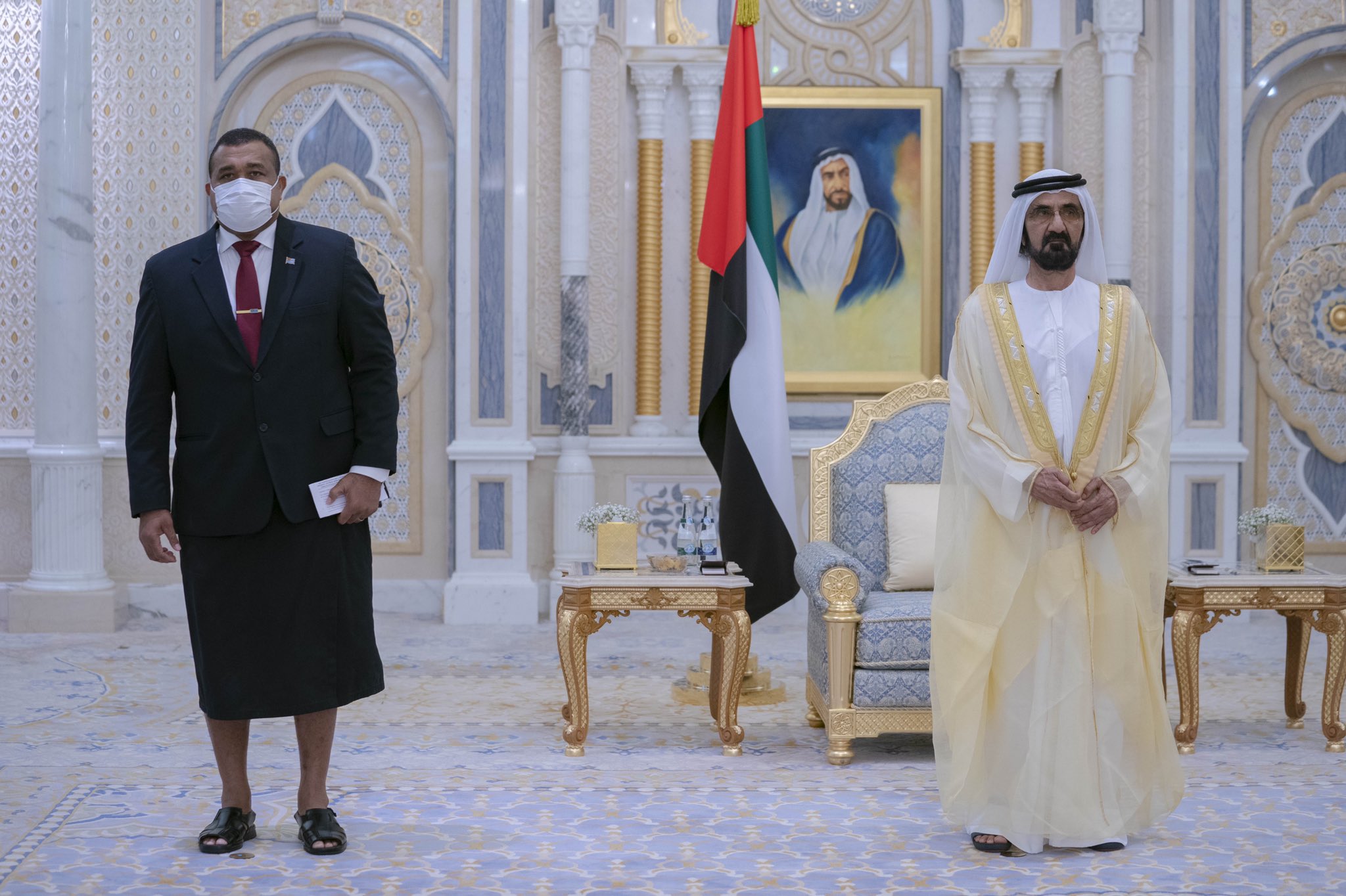 His Highness Sheikh Mohammed bin Rashid Al Maktoum, Vice President and Prime Minister of the UAE and Ruler of Dubai, may God protect him, received this evening at Qasr Al Watan in the capital, Abu Dhabi, the credentials of a number of ambassadors of friendly countries appointed to the country..

And before His Highness, four new ambassadors of the state, appointed in a number of friendly countries, took the legal oath.

His Highness Sheikh Mohammed bin Rashid Al Maktoum welcomed the new ambassadors, assuring them that they will receive all facilities and assistance in order to complete their tasks and perform them to the fullest extent in the service of the common national interests between the UAE and their countries.

His Highness praised the role of the Ministry of Foreign Affairs and International Cooperation, headed by His Highness Sheikh Abdullah bin Zayed Al Nahyan, Minister of Foreign Affairs and International Cooperation, in building bridges of communication and communication with all ambassadors of brotherly and friendly countries in the country, facilitating their work and providing all kinds of support and assistance in order to advance and strengthen friendship and cooperation relations between the country. The Emirates and these countries, especially in the humanitarian, economic and cultural fields, which are among the pivotal foundations of the UAE’s foreign policy.

His Highness, Vice President and Prime Minister of the UAE and Ruler of Dubai, wished the new ambassadors success in serving the supreme national interests of our dear country and working to build strong and constructive relations with the responsible competent authorities in the host countries in order to strengthen bilateral relations between the UAE and these countries in various fields..

His Highness addressed them: “My brothers, you are ambassadors representing your country, your leadership and your people, and you bear a sacred national responsibility that you must perform with high professionalism, with confidence in your capabilities and expertise in the diplomatic field.”

The new ambassadors had sworn by God Almighty before His Highness Sheikh Mohammed bin Rashid Al Maktoum that they would be loyal to the UAE, work to serve its interests with honesty and sincerity, respect its laws and constitution, and preserve the secrets of their jobs..

The ceremony of presenting credentials and taking the legal oath was attended by His Excellency Sheikh Nahyan bin Mubarak Al Nahyan, Minister of Tolerance and Coexistence, along with a number of Their Excellencies Ministers and senior officials in the Ministries of Foreign Affairs, International Cooperation and Presidential Affairs.