39 years after the discovery of Roberto Calvi hanging from a bridge in London, no one knows who killed the ‘banker of God’ 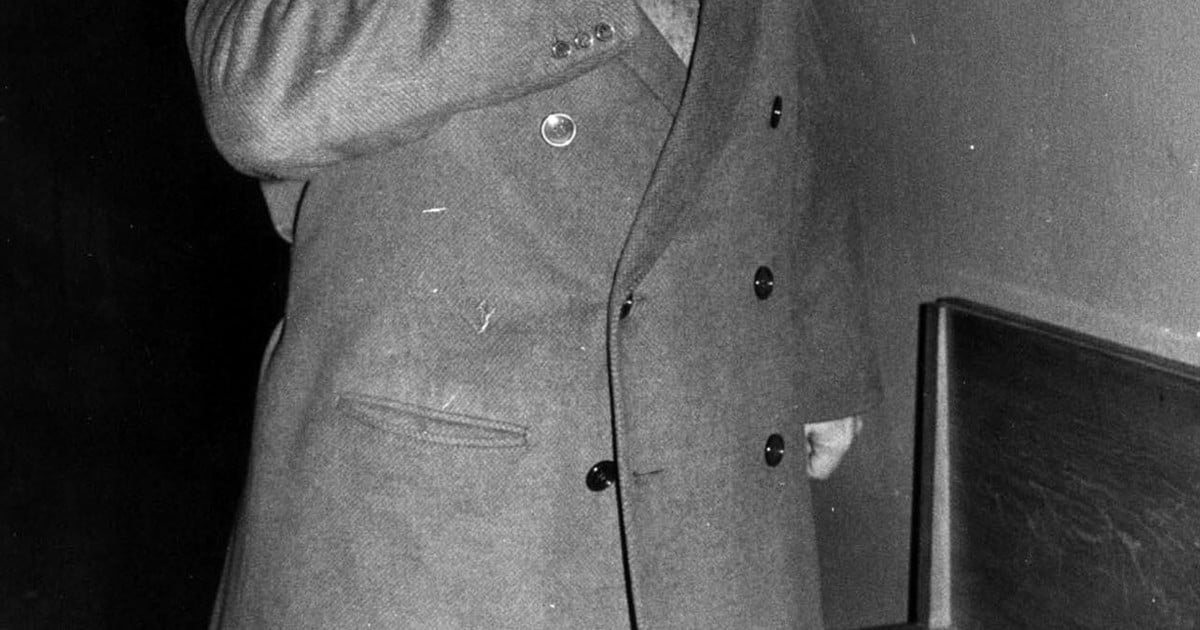 On June 18, 1982, Roberto Calvi it hung from a London bridge, ushering in one of the most enigmatic cases in Italian criminal history.

Calvi was known as “God’s banker”, nickname that had come to him due to the close ties he had with Vatican finances.

Calvi ran the Ambrosiano, an Italian bank founded in 1896 and which Calvi himself led to a resounding collapse.

The Ambrosiano had close ties with the Institute of Works of Religion (IOR), the Vatican bank, whose finances he managed.

On June 18, 1982, Calvi, a Milanese and then 62 years old, was found hanging from a gallows on a London bridge, in what was believed to be it was a suicide.

The banker was not an athlete. He was found hanging from a rope around his neck on a steel tube scaffold below the bridge. His mustache had been shaved and in his pockets he had a couple of bricks and $ 15,000.

A postal worker saw him that morning as he wobbled and called the police. The first version was suicide. But that supposed Calvi had moved like an aerialist until you reach the scaffolding, put on the rope and the bricks, the dollars, and jump into the void.

This was the official version that resisted for several years, amid protests and private investigations, including detectives hired by the family, who pointed out that such a gymnastic exercise of the “suicide” was impossible.

In 2003, Italian magistrates stated that Calvi was strangled at a construction site near the bridge, taken in a boat to the scaffold and placed there to be found.

The Ambrosiano, the largest private financial institution in Italy at the time of its bankruptcy, had branches in several countries, including Argentina, and Calvi was linked to the secret Masonic lodge Propaganda Two (P2) of Licio Gelli.

The bridge over the Thames where Calvi was found. Photo: AP

Regarding the ruin of the Vatican Bank (the main shareholder of Ambrosiano) that cost some 1,400 million dollars to its shareholders and investors, Calvi had always blamed to Archbishop Paul Marcinkus, an American of Lithuanian origin who was later “exiled” to the state of Arizona, USA.

In 2005, the case went to court. The accusation of Calvi’s death fell on the Sicilian “mafia boss” Pippo Calo and four other people: a businessman, Flavio Carboni, and his Austrian girlfriend, Manuela Kleinszig; the former leader of a criminal gang in Rome, Ernesto Diotallevi, and the former smuggler Silvano Vittor, who worked as the banker’s driver.

Prosecutors Luca Tescaroli and Maria Monteleone requested a list of witnesses that comprised 177 men and women.

According to the accusation, behind Calvi’s death they were hiding interspersed various dark motifs, such as the mismanagement of the money of Cosa Nostra (the Sicilian mafia) by the banker or the danger that Calvi would reveal the secrets of money laundering through Banco Ambrosiano, which he and Archbishop Marcinkus would have managed.

But another hypothesis points to the intervention in the crime of the P2 lodge of the also banker Gelli, who would have ordered the murder of Calvi because he I would have stolen money.

There was even talk of an Argentine connection in his murder.

P2 had branches in many countries, including Argentina. The most denounced connection was with some military leaders of the dictatorship, through the financing of the purchase of weapons. But also in the previous government, of Juan Domingo Perón and his wife Isabel, Gelli had important contacts.

Calvi dedicated his last week of life to hoard compromising documents for many people and institutions. He expected a response to the letter he had sent to John Paul II, in which he warned him against “internal enemies” led, according to him, by the Secretary of State, Cardinal Agostino Casaroli. He still hoped to save the Banco Ambrosiano and his own life.

And his suicide by murder it remains a mystery today.

It will never be known who killed the banker who recycled Mafia money, financed the Vatican’s anti-communist operations in Poland and Latin America, partnered with the P2 Masonic lodge, and heavily promoted the political rise of socialist Bettino Craxi.

Calvi knew too much.