32,377 beneficiaries from the social support of “Zayed for Islamic Culture” 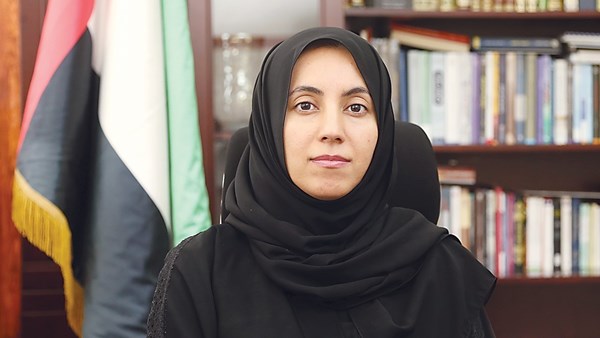 Dr. Nidal Muhammad Al-Tunaiji, General Director of Zayed House for Islamic Culture, confirmed that the house provided social support to 32,377 new converts with the aim of caring for and integrating them into society, introducing them to Emirati culture in international languages ​​and teaching Arabic to non-native speakers.
Al-Taniji said: “The home organizes virtual classrooms for its approved programs, which number 29 semesters, which are offered in 11 languages, including Arabic, English, French, Chinese, Urdu, Amharic, Filipino, Tamil, Urdu, Sri Lankan and Russian.”
She added that during the year 2020, Zayed House for Islamic Culture provided educational courses to introduce Islamic culture to “3488” beneficiaries from 60 nationalities through 596 courses, in addition to providing “258” courses in teaching Arabic to non-native speakers, from which “1985” people benefited.
She indicated that the house is keen to train its teaching staff to develop their competencies and skills to keep up with and apply the latest digital educational practices, through a set of training workshops for the use of digital platforms with the aim of qualifying the teaching staff to keep pace with distance education technology and to provide smart educational programs and lessons, pointing out that all curricula have been converted. The academic studies accredited by the Home to digital programs to ensure the continuity of the educational process.

Al-Tunaiji indicated that the Zayed House for Islamic Culture broadcast a series of messages through its accounts on social networking sites as part of the initiative “to reassure your heart” in both Arabic and English languages ​​with the aim of spreading optimism, enhancing religious awareness and consolidating moral values ​​and virtues that met with great interaction from the public, as the number of beneficiaries reached More than 10 thousand people.
She pointed out that the Zayed House for Islamic Culture launched 164 cultural publications in 13 international languages ​​that were prepared in line with the intellectual and ideological formation and the cultural background of the various segments of society, after conducting scientific studies on societies and cultures.
The Director General of Zayed House for Islamic Culture explained that the house had published articles on various topics of Islamic culture on its website since 2010, which numbered “856” articles in different languages, noting that the house had presented during the “Covid-19” pandemic all the activities, activities and educational programs about Dimension, across digital platforms.
It is worth noting that Zayed House for Islamic Culture continues its pioneering efforts in introducing the essence of Islamic culture and absorbing new converts, as it directs its discourse to consolidate the values ​​of dialogue and positive interaction and spread the message of tolerance and moderation.
Since its establishment, the House has attached great importance to promoting the values ​​of tolerance and consolidating the values ​​of coexistence with others and mutual respect, through its strategic initiatives, which enhances the culture of building societies, integrating civilizations and adopting a dialogue approach to deal with different cultures.

Strong alcohol is threatened with extinction from mainstream stores