30,000 dirhams in compensation for a woman who was beaten by her husband 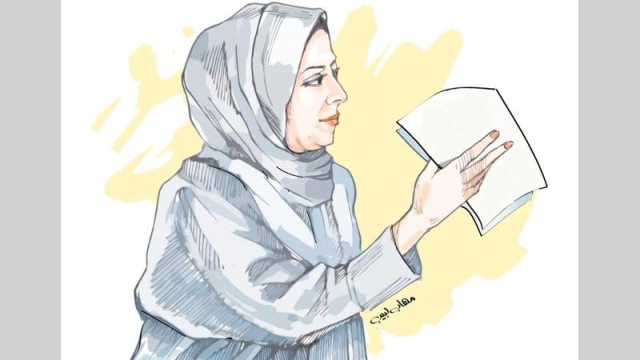 The Abu Dhabi Court of First Instance ordered a man to pay his wife an amount of 20 thousand dirhams to supplement the compensation decided before the Criminal Court, so that the final compensation is 30 thousand dirhams, to compensate her for the material, moral and moral damages that she suffered as a result of the beating and insulting of her.

In the details, a wife filed a civil case against her husband, requesting that he be obligated to pay her an amount of 400,000 dirhams as Jaber compensation for psychological, material and moral damage, while obliging him to pay fees, expenses and attorney fees, indicating that the defendant (her husband) used to beat her and assault her, in addition to insulting her. He insulted her, and a criminal ruling was issued against him convicting him, which resulted in material and moral damages that were caused to her, while the husband (the defendant) demanded a suspension of the case until the criminal judgment becomes final, and he presented to the court a certificate of the appeal of a criminal judgment, and the court decided to suspend the case pending submission What is indicated by the penal judgment, and deciding on expenses has been postponed.

And based on a request submitted by the plaintiff’s attorney, and attached to it a copy of the appeal judgment and the verdict of cassation, the case was expedited from the suspension, and during the hearing of the case, the plaintiff’s attorney attended, and no one attended on behalf of the defendant, and his announcement was made clear.

The court clarified, in the merits of its judgment published on the official website of the Judicial Department, which is documented and documented that the criminal judgment had ruled convicting the defendant husband of the charges of insulting and assaulting the victim (his wife), and a fine of 10 thousand dirhams and charging him criminal fees, and in the civil lawsuit to oblige him That the wife (the plaintiff) be paid an amount of 10 thousand dirhams as temporary compensation with the delay of deciding on the fees and expenses of the civil case until the issuance of a final judgment in it, indicating that the judgment was upheld in an appeal, as it was upheld by the judgment of the Court of Cassation. The various levels of penalties have settled the litigation regarding the plaintiff’s entitlement to compensation, and therefore the role of this court is limited to completing the compensation estimate without examining the elements of tort liability that were settled by the penal provisions. The court indicated that with regard to estimating the completion of the compensation that she is entitled to, the defendant’s assault on the plaintiff by beating his hands and feet, which resulted in bruises on the plaintiff’s body on the forearms and arms, constitutes a violation of the plaintiff’s body’s integrity, in addition to insulting the plaintiff with what violates her honor, hurting her feelings and making them The object of contempt and contempt among her family, family and friends, and the court ruled to oblige the defendant to pay the plaintiff a compensation of 20 thousand dirhams to supplement the compensation ordered before the criminal court, so that the final compensation is an amount of 30 thousand dirhams, while obliging him to pay the fees and expenses of the case.

• The wife asked for 400,000 dirhams as compensation for psychological and material damage.

Is Ursula von der Leyen’s next big mistake one too many?

Evenepoel advances and starts riding his bike on the road again