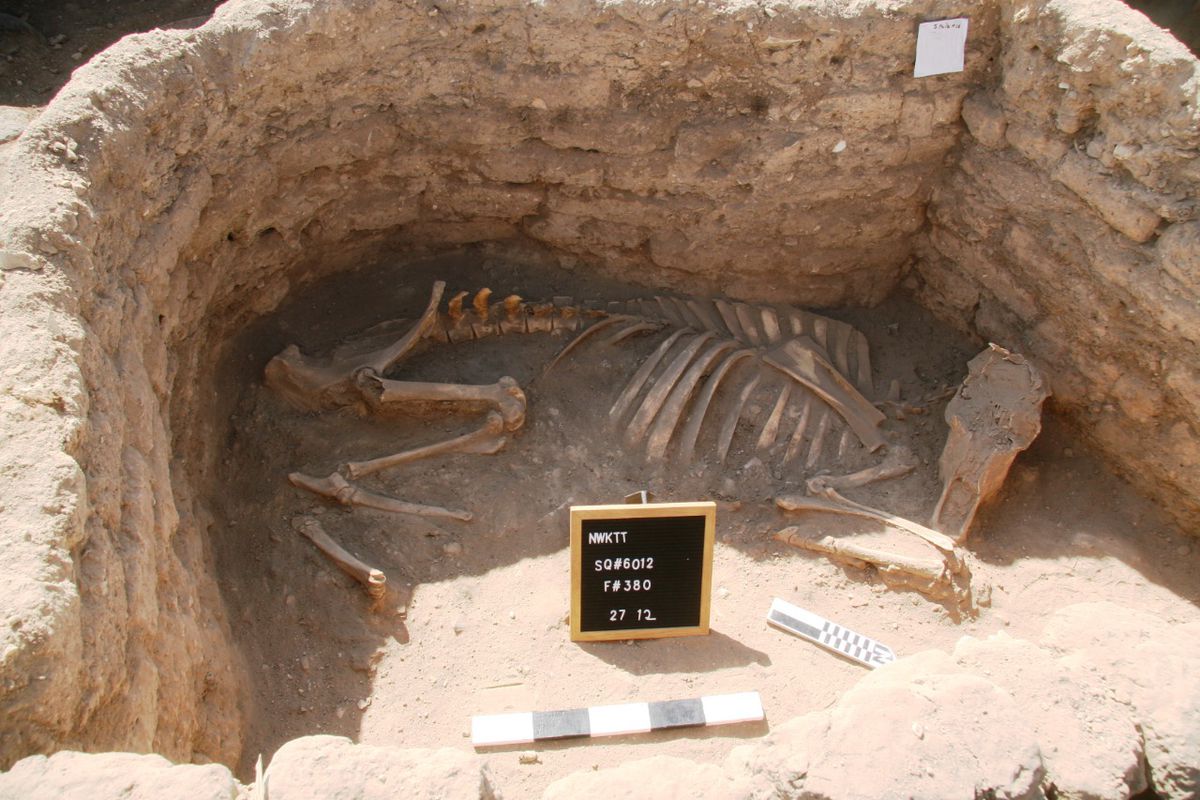 An Egyptian archaeological mission announced on Thursday the discovery of what they consider the largest ancient city ever found in the country, which has remained hidden under the sands of Luxor, in the south, for 3,000 years. The city, apparently called The Ascent of Aten, was founded by Pharaoh Amenhotep III, the ninth king of the 18th dynasty, who ruled Egypt from 1391 to 1353 BC, and was the largest administrative and industrial settlement of the time. in the area, as explained by Zahi Hawass, Egypt’s most famous archaeologist and head of the mission, in a release. The place, which has also become known as the Lost Golden City, continued to operate during the reigns of Tutankhamun and Ay. “This is the most important discovery after the tomb of Tutankhamun,” Hawass assured EL PAÍS. The find has been announced when Egypt still had the solemn procession of mummies last Saturday in Cairo fresh in its memory.

The area where the pharaonic city was found is between the temple of Amenhotep III at Memnon, west of the modern city of Luxor, and the temple of Ramses III at Medinet Habu, another archaeological site located on the bank of the Nile. in front of Luxor. The Egyptian mission began work at this point in search of the mortuary temple of Tutankhamun. “Many foreign missions searched for this city and never found it,” Hawass said in his statement.

Excavation work began in September 2020 and within a few weeks the mission began to unearth mud brick formations in all directions that belonged to the ancient city, which are still in good condition and include almost complete walls. Since then, several areas or neighborhoods have been discovered. “The streets of the city are lined with houses, some with walls of up to three meters,” writes Hawass, who believes that the city extends west “to the famous Deir El Medina”, an important town of workers and artisans of the old Egypt.

Hawass’s team has also been able to identify some of the buildings in the city. Thus, in the southern part there has been a bakery and a food preparation area with ovens and storage ceramics that, due to their size, are considered to supply “a large number of workers.” Another part, still half discovered, corresponds to the administrative and residential district, with larger and well-arranged buildings, and is surrounded by a zigzag wall with a single entrance that leads to the internal corridors and residential areas. This route probably responded to security reasons.

In a third area, a workshop has been unearthed that has a part for the production of mud bricks used to build temples and another for foundry molds for the manufacture of amulets and decorative elements. In the north, a cemetery has been found, still to be determined, in which several tombs with characteristics similar to those of the Valley of the Kings and the Valley of the Nobles have been found, and where the mission hopes to find some intact and full of treasures. Throughout the city, in addition, tools used in some industrial activity such as spinning and weaving, and remains of metal and glass, have been found, but the area where these activities were carried out has not yet been discovered.

In order to date the settlement, an objective that was among the first of the mission, the team led by Hawass has relied on several objects. One of them has been the hieroglyphic inscriptions on the clay lids of wine containers, with historical references that point out that the settlement consisted of three royal palaces of Amenhotep III and the administrative and industrial center of the empire at the time. Elements such as rings, beetles, colored ceramic pots and the previous clay bricks, all with stamps from the hieroglyphic cartridge of the same pharaoh, confirm the date. A more recent discovery, a vessel containing about ten kilos of meat, makes it possible to affirm that the city was active on the date corresponding to an inscription engraved on the container.

“What will need to be found out, as more work is carried out, is how this city and its remarkable industrial facilities are connected to the palace of Amenhotep III in Malkata, to the southwest of the site. If it is established that this new city, astonishingly well preserved, is part of the palace complex, it will surely be able to be compared in size with Amarna ”, points out to EL PAÍS Betsy Brian, professor of Egyptology at John Hopkins University in Baltimore and an expert in the period. of Amenhotep III. “If it turns out to be something similar to Deir El Medina, it is a very significant finding,” agrees, in statements to this medium, Campbell Price, curator of the Egypt and Sudan section of the Manchester Museum.

Among the most surprising aspects of the discovery is the grave of a person found with his arms outstretched at his sides and the remains of a rope around his knees, unusual details that are being investigated.

The most intriguing element, however, is probably a clay seal whose inscriptions can be read “gm pa Aton”, which can be translated, according to Hawass’s statement, as “the domain of the dazzling Aten”, which is precisely the name of a temple built by the pharaoh Akhenaten – successor of Amenhotep III – in Karnak, present-day Luxor.

Russian peacekeepers continue to provide security in the Lachin corridor

Mauricio Macri’s emotional message for Esteban Bullrich, the senator who had to ‘learn to speak again’ and faced Cristina Kirchner