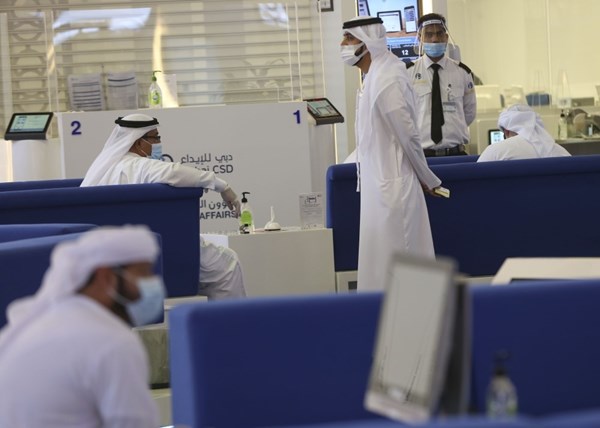 Abu Dhabi (WAM) The UAE financial markets continued to maintain their positive approach during the current week’s trading, despite the natural profit-taking that some of the leading stocks were subjected to following the rises that were recorded in the previous week.
The market value gains of the listed companies’ shares amounted to about 30.8 billion dirhams during the week. The weekly monitoring of financial market transactions shows that liquidity values ​​are still at good levels. The total value of trading during 5 sessions reached about 4.8 billion dirhams, and the largest part of it was recorded in the Abu Dhabi Stock Exchange.
The general index of the Abu Dhabi Stock Exchange rose by almost 2% during the week, closing at 6059 points, one of the highest levels it has reached so far.
According to the technical analysis data, the ability of the general index of the capital market to achieve more penetrations of new resistance points will become easy during the next week.
The shares of the International Holding Company continued to shine during the week, after reaching the level of 87.5 dirhams, compared with 64.8 dirhams in the previous week, and the share acquired a large proportion of the trading liquidity during the past five sessions.
Also included in the list of gainers in Abu Dhabi was Agthia, which closed at 6.58 dirhams. In the Dubai Financial Market, the general index closed at 2582 points, a growth of approximately 1% compared to the previous week.
Emaar, which rose to 3.66 dirhams, led the activity in the market in addition to Emaar Malls, at 1.75 dirhams. In the banking sector, shares of Emirates NBD rose to 11.65 dirhams and Dubai Islamic Bank to 4.62 dirhams.

Video: The uncomfortable moment when Alberto Fernández confirms the replacement of Marcela Losardo and the music of Titanic plays