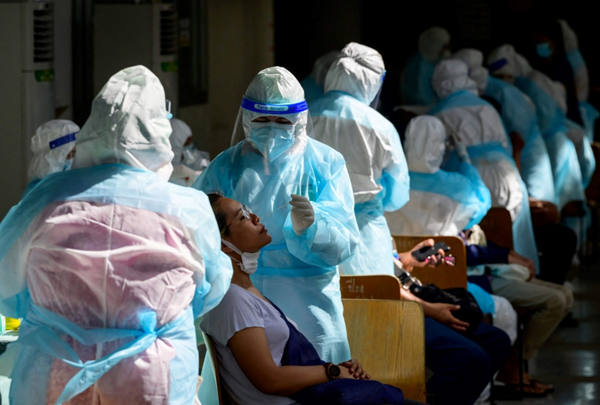 The global death toll from the emerging corona virus, Saturday, exceeded 3 million people, amid repeated setbacks in the global vaccination campaign and a worsening crisis in places such as Brazil, India and France.

The number of deaths, counted by Johns Hopkins University, is approximately equal to the population of Kiev in Ukraine, or Caracas in Venezuela, or the Portuguese capital Lisbon, and it is greater than the population of Chicago (2.7 million) and equates to Philadelphia and Dallas combined.

The real figure is believed to be much higher due to the possible government concealment or the many cases that were overlooked in the early stages of the outbreak that began 16 months ago in the Chinese city of Wuhan, at the end of 2019.

Around the world, the trajectory of the virus and the race to control it varies greatly from country to country.

Even as the United States and Britain see their vaccination campaigns succeeding and countries begin to think about life in the post-pandemic stage, other places, both rich and poor – including France and India – are lagging behind and new lockdowns have imposed other restrictions. As cases rise.

The death toll in the United States alone has exceeded 560,000, which represents more than 1 out of every 6 deaths in the world due to Covid-19, the highest number reported by any country.

Ministry of Health announces the provision of 111,779 new doses of the "Covid-19" vaccine

Russians have dramatically increased spending on one product