3 bills on the table of the “National” committees 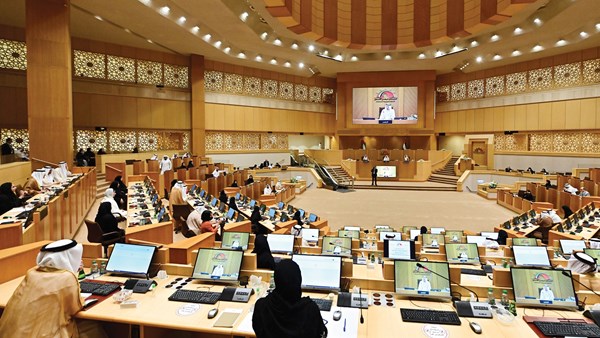 The committees of the Federal National Council are preparing to start preparing their observations on 3 federal bills, early next year, as part of their parliamentary efforts to discuss a set of bills related to a number of vital sectors.
The Defense, Interior and Foreign Affairs Committee is discussing the federal draft law on rehabilitation, which consists of 18 articles, and aims to accelerate the integration of the convicts into society, facilitate their obtaining a certificate of criminal investigation without precedents, as well as facilitate access to jobs, and the application of the idea of ​​aftercare. for them.
The committee is also discussing the draft federal law on juvenile delinquents and those at risk of delinquency, which consists of 47 articles, and comes out of the fact that caring for young people and juveniles is one of the priorities that the UAE seeks to achieve out of its awareness of the need to preserve future generations on whom the state hopes to follow the march of achievements .
For its part, the Financial, Economic and Industrial Affairs Committee will discuss a federal draft law on the regulation of commercial agencies, which aims to update the provisions governing the activity of commercial agencies in the country, to enhance the role of this vital activity in supporting the national economy in a sustainable manner and keeping pace with the economic trends adopted by the state in the field of investment promotion. To promote transparency, integrity and balance between agent and principal relations.
The current legislative term witnessed the approval of 31 draft laws, a translation of the parliamentary strategy that aims to keep pace with the state’s vision in various circumstances, its strategies and its foresight for the future, thus contributing to achieving the launch of the largest national action strategy to prepare for a pioneering development journey for the next fifty years.

health and education
The sectors covered by the draft laws varied, and were approved during the current legislative term, as the sectors of health, education, food, environment, economy and society received the largest share of the topics of draft laws, and interest in the health sector emerged, by addressing several health bills, including a federal draft law on Public health, a draft federal law on regulating the strategic stock of food commodities in the country, and a draft federal law on the biosafety of genetically modified organisms.