25 years of the ‘El Escorial Manifesto’ 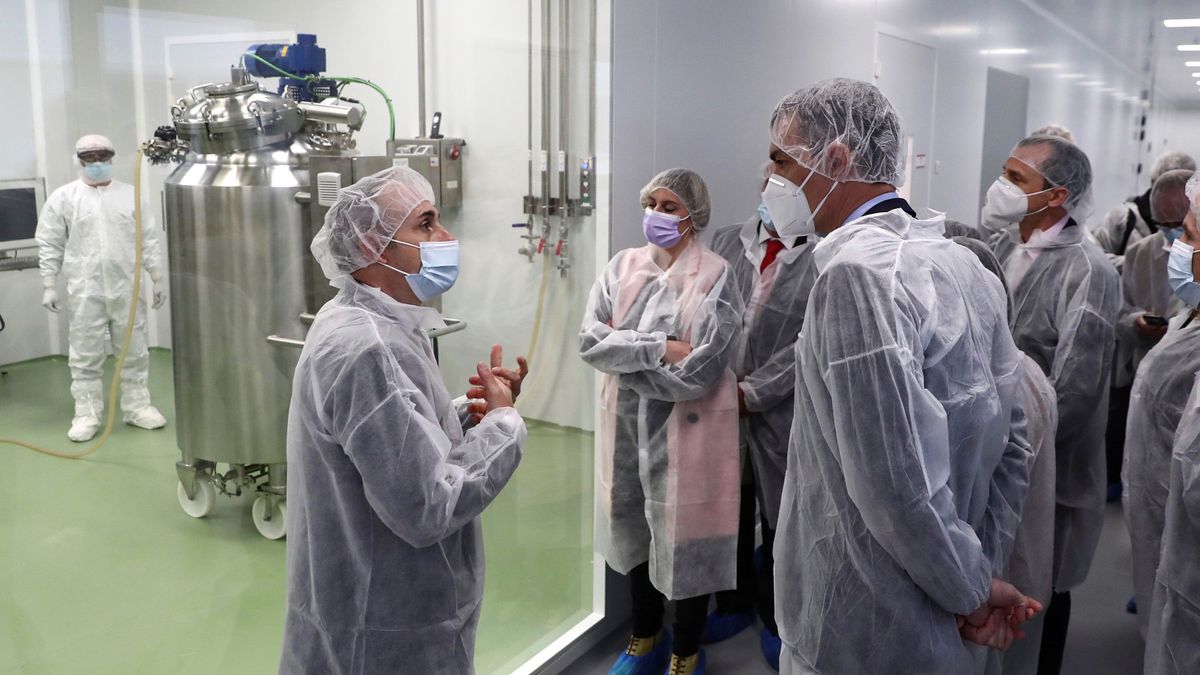 On July 29, the 34th edition of the El Escorial Summer Courses closed with the closing lecture delivered by one of the signatories of this article. This edition, coordinated and directed by Professor Miguel Angel Casermeiro, has been a new success for both students and a variety of courses and topics, with the presence of important figures for the knowledge they contribute and, often, for their popularity in the media. Both in its presentation and in its closing, this edition, as is usual, has had the head of the Complutense University (UCM), the rector Joaquín Goyache, as well as a considerable number of academic authorities and representatives of the Ministry of Science, Technology and Innovation and the Community of Madrid.

Summer courses have a long tradition and are a socio-cultural meeting place that usually has a very positive impact on the many students who attend and actively participate. Without a doubt, with a greater role than they usually have in class during the academic year. But, in addition, these courses allow us to measure the cultural pulse of our society and, on occasions, they also allow us to claim important aspects given the resonance that they undoubtedly have.

Well, 25 years ago the UCM summer courses were closed in their ninth edition. On that occasion with the so-called Manifesto of El Escorial, addressed to His Majesty the King, the President of the Government, the scientific and academic authorities of the nation and the public opinion, which was published on August 6, 1996 by the most prominent newspapers and national agencies: EL PAÍS, Abc, The world, EFE … The signatories of said manifesto were a large group of very prominent professors from our universities and other research organizations, such as the CSIC (among them, Antonio Fernández Rañada, Ángel Martín Municio, Carlos Belmonte, Miguel de Guzmán, José María Sanz Serna, Ernesto Carmona, Francisco Rubia …) and to which many others joined) who claimed the need for greater attention to science in Spain.

As on previous occasions, it was approached as a serious cultural problem, endemic in our country, of which neither the political class nor the economic leaders were sufficiently aware, despite the fact that this lack of attention to scientific and technological development in Spain was the root of many of our ills. This demand was accompanied by different concrete actions at different levels and areas, as well as the need for a national debate in which the media should play an essential role. It was, above all, about “making science a matter of state”, over and above the political and economic vicissitudes of the nation.

Undoubtedly, by now, many of our readers will be familiar with the chorus of this song. But let’s get to the essential question: Do our political and economic classes have a different perception than they did 25 years ago? The answer “no” is obvious, since it is the analysis of the facts and actions throughout these years that must give a rigorous and precise answer.

But it is possible to answer the practical question: What is the situation of science in Spain today? With democracy, our country became interested in science and we went from being an almost scientifically irrelevant country (with some honorable exceptions) during the dictatorship, to being the tenth world scientific power in terms of scientific production, although our position drops notably, to a significantly lower position in terms of technological development. Currently, Spain invests 1.25% of GDP, compared to 2.0% of the European average and well below the 3% that is the norm in model countries such as Finland, Sweden, Germany or Austria. These data place us as one of the countries that invest the least in science in Europe. But even more disappointing are the continuous fluctuations in the budgets dedicated to science and technology suffered since 2010, which was our historical ceiling for investment in science (1.4% of GDP) and that, since the crisis of 2011, has us led to successive cuts. These data make a convergence towards the European average impossible, from which we are progressively and dangerously moving away, being in the group of European countries that invest the least in science. In contrast, we will mention that recently the North American Senate of the United States has voted forcefully in favor of a law that will double the investment in science of the NSF (National Science Foundation) in the next five years.

These data make a convergence towards the European average impossible, from which we are progressively and dangerously moving away, being in the group of European countries that invest the least in science

It is interesting to note that a global health crisis, caused by the arrival of the SARS-CoV-2 covid-19 virus and the consequent pandemic that so much havoc, especially in human terms, has caused and continues to cause, has generated an important change in perception of science by political and economic leaders. We Spanish scientists have been demanding for many years the need for science to permeate politics. That is to say, that scientists advise the political institutions of our country so that they make better decisions for citizens (see, for example, the COSCE reports). This is something that many advanced countries have been doing for a long time. It has been with the pandemic that politicians and even members of the public have supported, in the media and in social gatherings, their reasoning on scientific grounds. However, an organized and well-established scientific-technical advisory system would surely have been more effective.

However, it is important to note that, due to the pandemic, the EU has created funds in an unprecedented amount to help alleviate the effect of the virus. In this sense, the aid, which is attached to the funds of the Recovery, Transformation and Resilience Plan of the EU for Spain, has allowed the government to substantially increase its investment in science already for this year 2021 as it had not done before never (a 60% increase over the 2020 budget). It is evident that the effect of these “unexpected” funds from the EU can be a turning point in our science system if the Ministry and CC AA are able to consolidate and maintain the trend in successive annual budgets.

In science there are no shortcuts, improvised investments are not worth it. In Spain we need an economically planned Science and Technology System and not subject to political swings or crises of any kind. The recently created State Investigation Agency (AEI) is a positive first step, but not a sufficient one. Perhaps European funds should allow the development of multi-year management of AEI funds. Let’s abandon the misconception that in times of crisis countries invest less in science. On the contrary, it is the advanced countries that have science as an economic and social progress engine, such as Germany, Great Britain, South Korea and many others, who know that it is new ideas and technologies together with innovative companies that solve the crises.

The Manifesto of El Escorial remains fully up-to-date regarding your demands. The need for a state pact was proposed. Such a pact is still urgently needed. It is time to be brave and to do politics in a positive way. Apparently, there are movements from the government to promote this desired pact for science that, without a doubt, would take our country out of the tail of the EU and take us to the position that corresponds to us for geopolitical and economic reasons. From this rostrum we seamlessly support this desired and necessary pact for Science.

Spanish citizens, who certainly have a very high opinion of their scientists, demand that they be governed by looking at all aspects of society to facilitate and improve their lives through economic and social progress. Sustained support for scientific and technological development is, and experience shows that it will always be, the way forward.

Miguel Ángel Alario and Franco is ex-president of the Royal Academy of Exact, Physical and Natural Sciences of Spain.

Signatories of the 1996 Manifesto: