25 dead after confrontation with army in Myanmar coup: ‘They shot at everything that moved’ 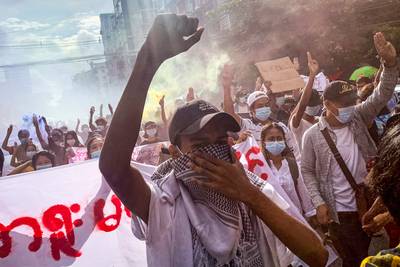 In central Myanmar, a new confrontation has broken out between the army and opponents of the military junta. 25 people were killed. Violence between the two sides escalated in the Sagaing region on Friday. Soldiers opened fire on a village to fight members of a defense group, residents say. Among the victims are innocent civilians.