248.8 thousand volunteer hours in Dubai save 19.4 million dirhams this year 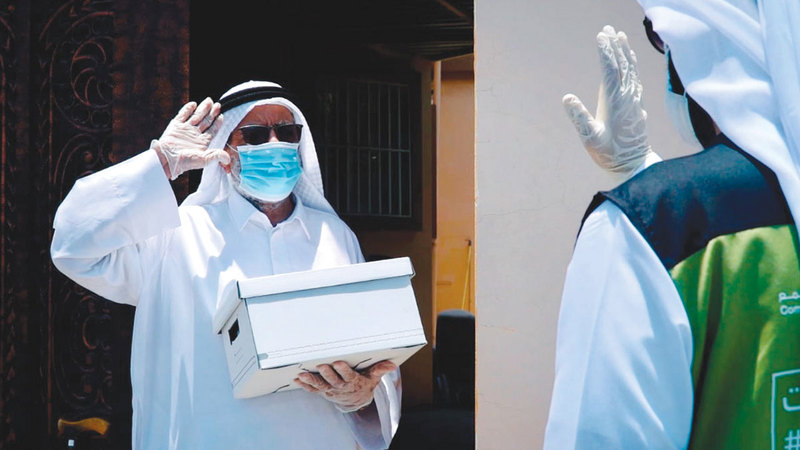 The data of the Community Development Authority in Dubai showed that the number of volunteer hours for the current year reached 248,832 volunteer hours, which resulted in financial savings of 19 million and 409 thousand dirhams, as part of the participation of individuals and institutions in various social initiatives, through the Dubai Volunteer Program.

The law regulating volunteering in Dubai allows volunteers to form teams to collectively participate in volunteer work, provided that the team is registered in the database approved by the authority, determines the forms and nature of volunteer work teams, adhere to the conditions and controls that must be met in these teams, and issue the necessary permit for the volunteer work team. .

Last May, the authority announced that the number of people registered in the Dubai Volunteer Program at the Community Development Authority in Dubai rose from 30,458 volunteers in 2019, to 32,256 volunteers last year, while volunteer hours amounted to 201,274 hours in 2019. , to rise during the year 2020 to 289 thousand and 719 hours.

The authority’s data – an electronic copy of which was reviewed by “Emirates Today” – showed an increase in the number of volunteer hours recorded by the Dubai Volunteer Program by 99.9%, during the first half of last year 2020, compared to the same period in 2019, and the number of active volunteers increased by 53.6 % during the same period, in response to participation in the national initiatives that were implemented to confront “Covid-19”.

It is noteworthy that the voluntary initiative “Our Future is Our Health”, which was launched by the Dubai Health Authority, as part of the Dubai Volunteer Program during 2020, was attended by more than 250 volunteers from the Emirates Pulse Volunteer Team, registered with the Community Development Authority, of various nationalities, and exhausted more than 68 A thousand volunteer hours, which resulted in a financial saving of 5.3 million dirhams.

1- Volunteering agreement between the person and the entity for which the volunteer is working.

2- Completion of volunteer work on time with sincerity, mastery and distinction.

3- Respecting the customs and traditions of the community, and avoiding anything that might violate the rules of proper conduct.

4- Respect the approved principles, objectives and controls of volunteer work.

5- Respect other volunteers and workers in the volunteer organization, and work with them in a team spirit.

6- Not to disclose secrets and personal information that he came across during the completion of the volunteer work.

7- Adherence to the limits of volunteer work, and not to engage in the work policies of the volunteer entity.

8- Preserve the tools, equipment and devices he receives, and return them immediately upon leaving the volunteer work.

Females constitute 75% of the number of Emiratis registered with the authority in the volunteering program, and she also confirmed that the conditions of the “Corona” pandemic jumped the volume of volunteer work to unprecedented levels during 2020, which the Community Development Authority in Dubai described as a positive indicator, and evidence of an advanced level. From awareness and societal cohesion, which was reflected in the increase in the number of volunteer hours during periods of crisis.

• The number of active volunteers increased by 53.6% during the first half of 2020, in response to national initiatives to confront “Covid-19”.