22% increase in the number of Arabian Oryx in Al Dhafra 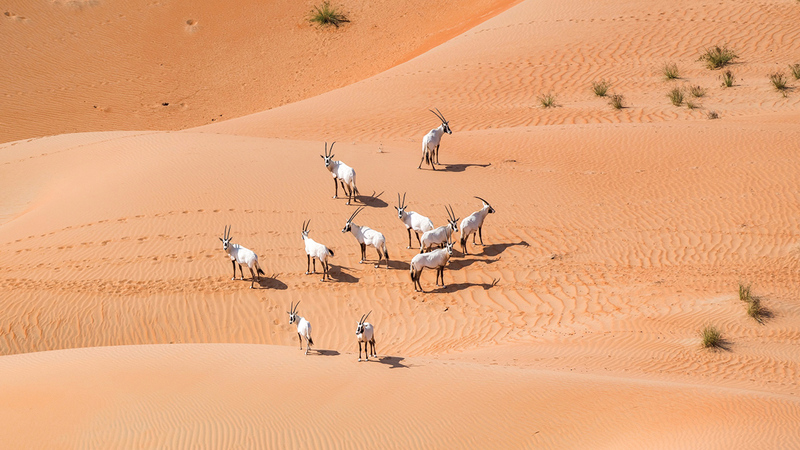 The aerial survey carried out by the Environment Agency in Abu Dhabi to the Arabian Oryx Reserve, last November, revealed an increase in the number of Oryx inside the reserve by up to 22%, compared to previous studies, which enhances the indicators of the success of the Sheikh Mohammed bin Zayed Program for the Resettlement of the Arabian Oryx, which Started in 2007 with a herd of no more than 160 heads, reaching 946 heads.

A specialized team of the authority’s experts conducted an aerial survey study, with the aim of counting the numbers of the Arabian Oryx, the gazelle, and other species living within the boundaries of the reserve, which has an area of ​​about 6000 square kilometers and is the largest natural reserve in the UAE, within the framework of the authority’s commitment to preserving biological diversity In the Emirate of Abu Dhabi, and strengthening programs to protect species in their natural habitats. The program is considered the second comprehensive aerial survey of the Arabian Oryx Reserve, after the previous survey that was carried out in March 2017.