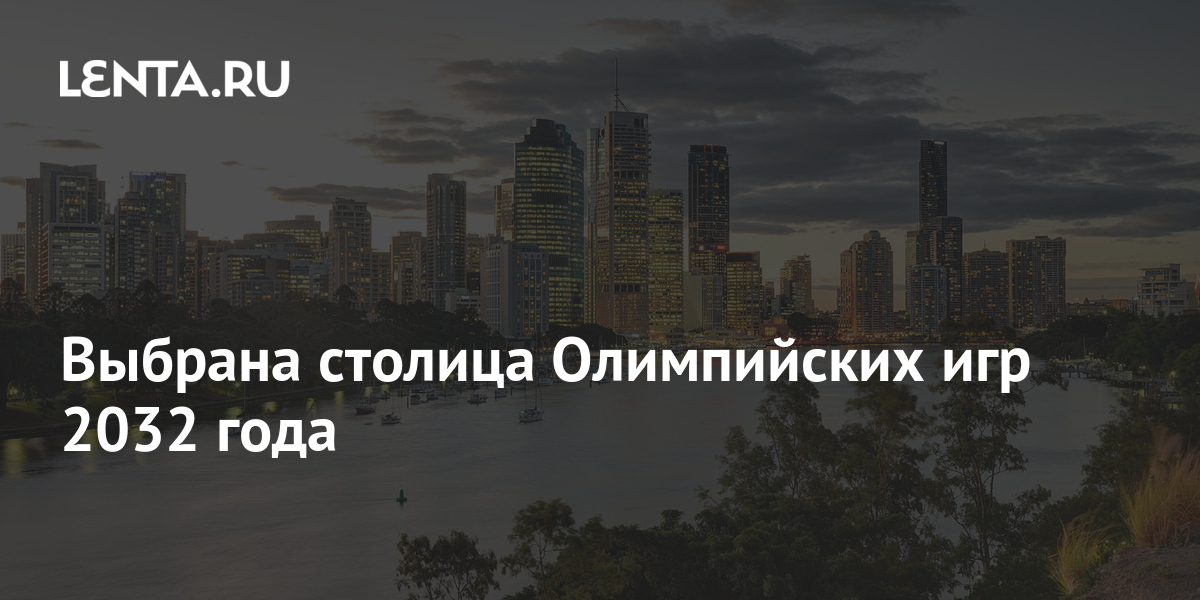 Australian Brisbane has been selected to host the 2032 Summer Olympics. This is reported in Twitter International Olympic Committee (IOC).

The decision was made during a vote at the IOC session in Tokyo. Brisbane was the only candidate to host the Games. Earlier, the Chinese cities of Chengdu and Chongqing, the capital of Qatar, Doha, Hungarian Budapest, the German Rhine-Ruhr region, as well as Korean Seoul, together with Pyongyang, dropped out of the struggle for the right to host the Games-2032.

Australia has hosted the Olympic Games twice. The Olympics were held in 1956 in Melbourne and in 2000 in Sydney.

The 2020 Summer Olympics have been postponed for a year due to the coronavirus pandemic. They will start on July 23rd in Tokyo and will last until August 8th.