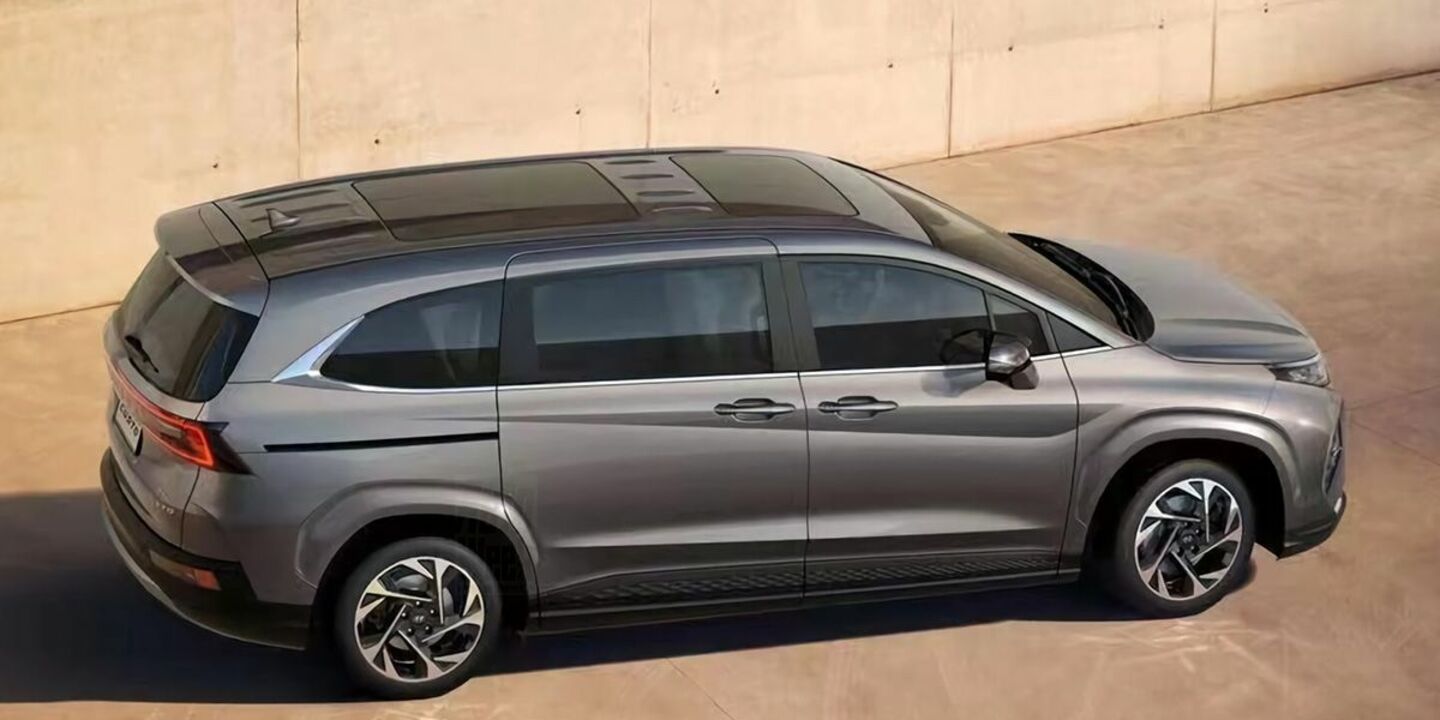 Hyundai presents the new Custo, an MPV developed for the Chinese market that is 4.95 meters long and has a wheelbase of 3.06 meters. The monocab has two sliding doors that provide access to an interior that combines two so-called captain seats with a classic rear seat with three seats. The most striking is the design, because both the body and the dashboard look very daring.

The lines of the Hyundai Custo closely resemble that of the Tucson, with sharp folds and a remarkable front with LED lighting integrated into the grille. The Custo’s dashboard is dominated by the central display of the multimedia module, as the screen forms a seamless extension of the center console. A bit like we saw before on the Mercedes S-Class, indeed. You have the choice between two turbo petrol engines: a 1.5 with 170 and a 2.0 with 236 hp.

Is the MPV making a comeback?

There are absolutely no plans to sell the Hyundai Custo in Europe as well. We’ve had it with MPVs, we Europeans have become addicted to the SUV. What was described as a hype a few years ago is rapidly developing into the dominant body type. Yet there are signs that the MPV is making a comeback.

In the United States, MPVs are regaining market share. Although only a few manufacturers can benefit from this, because the American offer is currently limited to the Chrysler Pacifica, the Honda Odyssey, the Kia Carnival and the Toyota Sienna. The other manufacturers have also seen that these models are currently finding a new owner without the dealers having to give a discount. That is why we would not be surprised if the Hyundai Custo is also offered in the United States soon.

In general, the European market follows US trends, which would mean that the heavily contracted MPV segment will soon regain momentum. There are no signs in that direction, but with hypes you never know. The European range has also shrunk considerably, so it is easier for us to buy a practical van or a stylish family SUV. Still today…