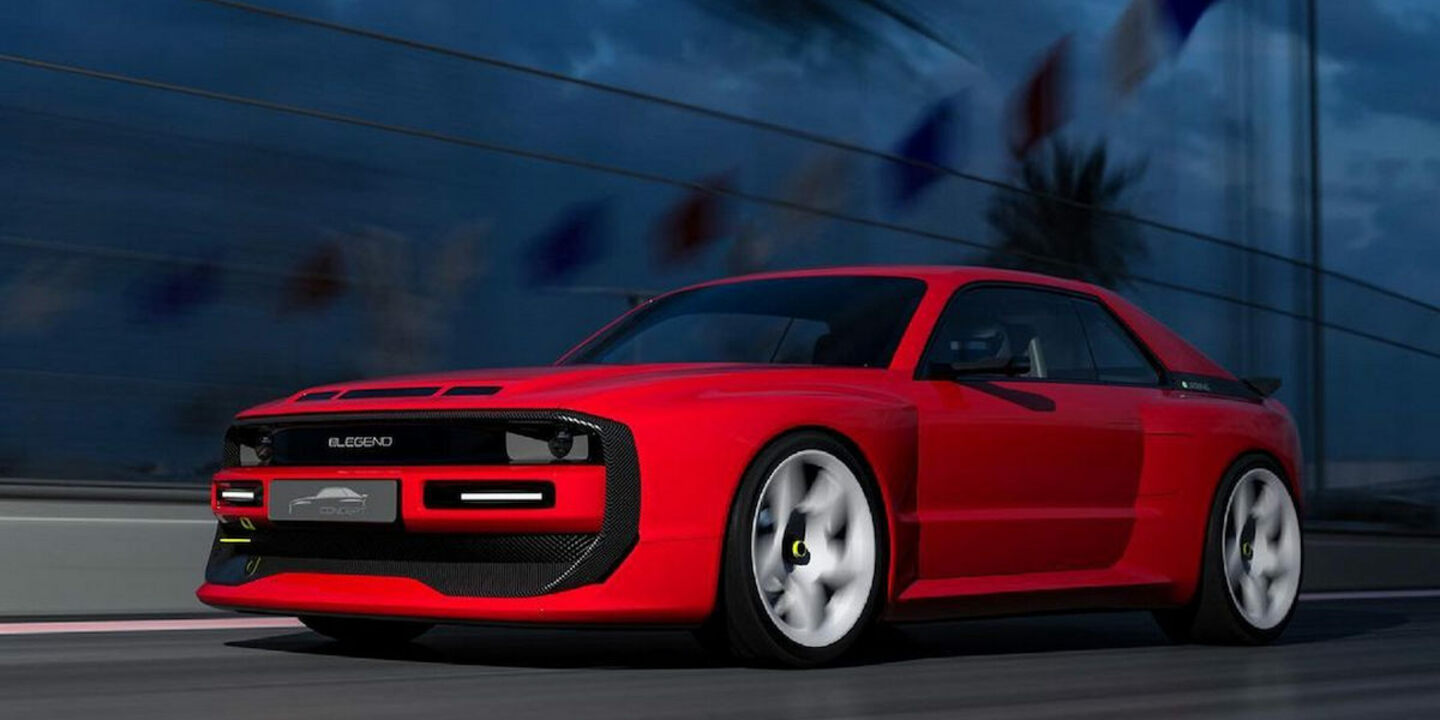 Modern versions of classic rally heroes are hip and trendy. Just think of the Lancia Delta Integrale from Automobile Amos or the Lancia 037 Stradale from Automobili Kimera. Now it’s the turn of the Audi Sport Quattro, making a comeback as the E-Legend EL1. Please note: unlike both Lancias, this Audi is not a restomod. Relying on a modern foundation, the E-Legend EL1 trades the pressure-fed five-cylinder engine of its illustrious predecessor for the electric powertrain based on the technical foundation that the Audi E-Tron GT shares with the Porsche Taycan.

Not one, not two, but three electric motors, together good for a power of 815 hp. The sprint from 0 to 100 km/h takes just 2.8 seconds, and the sprint from 0 to 200 km/h is completed in 10 seconds. The E-Legend EL1 has a battery pack with a capacity of 90 kWh, which would translate into an autonomy of approximately 400 kilometers. According to the German manufacturer behind this modern Audi Sport Quattro, their creation can easily handle two laps on the Nordschleife of the Nürburgring.

Both the body and the interior of the E-Legend EL1 combine classic design features of the Audi Sport Quattro S1 with modern touches, thanks to the carbon fiber monocoque, the weight remains under 1.7 tons. Even so, if the guys from E-Legend get the EL1 built too. There is already a show car, later this year there should also be a driving prototype. Production will start in 2022 and the target is 30 copies, which should cost 890,000 euros each…

Audi itself also thought of a comeback

It is not the first time that the Audi Sport Quattro has been given a modern makeover. For the E-Legend EL1, we also got to know the Gumpert Nathalie, developed by the man who was responsible for the progressive rally car on which Audi built its Vorsprung durch Technik image. That Nathalie relies on the ingenious 2Way drive technology: each wheel is fitted with an electric motor, which refuels electricity via a battery pack housed in the vehicle floor, which is charged via fuel cells running on methanol.

But Audi Sport itself was also involved. In 2013, they presented the Sport Quattro Concept at the IAA in Frankfurt, a design study built on a shortened platform of the RS 5 Coupé, using a hybrid powertrain that promised 700 hp. There was talk for a while of a production version, which would be powered by the pressure-fed five-cylinder Audi RS 3 sportback, but despite numerous promises, the project would never get the green light.