Wrestling with Hungary and Poland: Barley warns of the end of the EU, “as we know it” The EU Parliament sees the rule of law in Hungary and Poland in danger – and not only there. Vice President Katarina Barley warns of inaction in an interview with Merkur.de: Time is pressing.

Munich / Brussels – In the German election turmoil, almost unnoticed, a far-reaching conflict in the European Parliament will come to a head again on Wednesday: Conservatives, social democrats, liberals, greens and leftists want the Ursula von der Leyen commission to act against rule-of-law violations Urging Poland and Hungary. At the end of the complex process, there could even be a lawsuit. The ultimate goal is clear consequences for both countries.

It is still unclear whether this slap in the face of the representatives of the EU Commission and its German boss will come about. In any case, it is clear that the broad party alliance is extremely concerned about the situation in the countries of Viktor Orban and Andrzej Duda. Katarina Barley (SPD), Vice-President of Parliament and former Federal Minister of Justice, warns in an interview Merkur.de against irreparable damage in both countries – for the judiciary, the media, but also for individuals who have been “harassed”. At the same time, the negative example could find other imitators, for example in Slovenia.

On the one hand, Barley considers von der Leyen’s course in dealing with Hungary and Poland to have long since failed. On the other hand, it is extremely dangerous: “If we allow the foundations to be hollowed out from within, the European Union as we know it will not last much longer,” she emphasizes.

Merkur.de: Ms. Barley, on Wednesday the EU Parliament wants to initiate an ultimatum. Parliament’s President David Sassoli is supposed to call on the Commission to make a statement on the rule of law mechanism within two weeks – it concerns allegations against Hungary and Poland. In your opinion, which grievances make action so urgent?

Katarina Barley: (sighs) Almost nothing can be picked out. In Hungary in particular, but now also in Poland, almost the entire spectrum of the rule of law is affected. Of course, it is most noticeable in the area of ​​the judiciary – the organizations and staff are being redesigned in such a way that there is no longer any effective control. The situation of the media is also very dramatic in Hungary, but increasingly also in Poland. In Hungary there are almost no free media any more, they are all subordinate to the Kesma Foundation – you can hardly imagine that in Europe. If you report critically, your life will be made hell or your work will be made impossible, as was the case with the last free radio station, the license of which was last revoked. It’s actually a shame that so little is known about this in Germany.

EU Parliament wants to put von der Leyen under pressure: “We cannot trust that the Commission will act”

Why is it now that Parliament feels it has a duty to put pressure on it?

We observe that, in general, the Commission does not act quickly enough and not consistently enough when it comes to violations of the rule of law. The most obvious example: the actions of the so-called disciplinary chambers in Poland. You can punish judges and public prosecutors or even dismiss them. The European Court of Justice ruled in April 2019 that these chambers are not allowed to “discipline”. But despite strong pressure from Parliament, the Commission initially did nothing for a long time. And when she reacted now, what she did consisted of a new letter to the Polish government requesting a statement. There was not even a threat of financial sanctions, which would have been possible without further ado.

In other words, we cannot trust that the Commission will act and care when it announces it. We now want to prevent it from taking forever to happen again. The Commission says that “no case is lost”. But if we look again at the example of Poland: Judges and public prosecutors are harassed – some of them are transferred to the other end of the country or some of their salaries are cut; they will be taken to court. Happens now. And that cannot be healed afterwards.

It was the line of this commission right from the start, as Ursula von der Leyen said in her inaugural address, that she wanted a dialogue with these governments. But it does not work! It just keeps getting worse.

Why is the European Commission so reluctant to deal with Hungary and Poland?

It is very difficult to say why it does not act. I have no doubt that Justice Commissioner Didier Reynders and Commissioner for Values ​​and Transparency Vera Jourova are doing their best. But it was the line of this commission right from the start, as Ursula von der Leyen said in her inaugural address, that she wanted a dialogue with these governments. But that doesn’t work! This dialogue has been going on with Hungary for ten years, with Poland for five years, and it’s only getting worse. Understanding that it won’t work without pressure on this government – that doesn’t seem to have reached me yet.

Assurances from the EU Commission to Poland and Hungary? “That would already be part of the problem”

At the end of 2020, however, there was also a deal between Chancellor Angela Merkel’s German Presidency and Orban – at the time to save the package for the Corona development aid.

Where there is unanimity, there is potential for blackmail – this is the case with the household, for example. But that can no longer be a reason for inaction, because the necessary capital adequacy decision has now been taken with all 27 countries. Of course, I don’t know what the Commission’s assurances have given anyone. But should since something has been promised, that is already part of the problem.

If we allow the foundations to be hollowed out from within, this European Union as we know it will not last much longer.

Do you see any hope that something will actually change with Parliament’s initiative?

Our experience has shown that the Commission does move when we apply pressure. The heads of state and government, for example, recently decided that the Commission should only take action on the rule of law mechanism once the European Court of Justice (ECJ) has ruled on a complaint by Poland and Hungary – and when the Commission has drawn up guidelines. The heads of state and government of the Commission cannot actually make this mandatory. The Commission has nevertheless made this its own and wanted to wait for these steps. What happened next: Parliament objected in a resolution – and at least wanted to be involved in the guidelines. According to the commission, they should actually come very soon. And Ms. Jourova has already stated that it is not absolutely necessary to wait for the judgment of the ECJ. That’s why I assume that there will be movement. Otherwise this lawsuit will take place.

Incidentally, without Parliament as a whole, the rule of law would not have existed. The council tried to block. The German Council Presidency was also … ‘divided’ on this issue. There were those who always fight for the rule of law, like the European Minister Michael Roth, and there are other, conservative forces who have put the brakes on. The Commission has also shown itself to be rather reluctant. For Parliament, however, the rule of law mechanism was inevitable – without this point there would have been a veto against the budget and the recovery fund. That was consensus across factions.

Info: The rule of law mechanism – and the lawsuit by Poland and Hungary

Poland and Hungary – legal state proceedings are underway against both countries under Article 7 of the EU treaties for alleged disregard of EU fundamental values ​​- sued the newly created rule in March before the ECJ. According to a political agreement between the EU member states, the lawsuits actually mean that the sanction mechanism is not applied until the decision in the court proceedings. Critics reject such influence by the EU heads of state and government on current law. On average, proceedings at the ECJ take around one and a half years.

Let us turn our gaze to Hungary and Poland themselves. Are there any signs of change from there?

I’m much less optimistic about that. Their strategy is the victim role. They take everything that happens as a sign that everyone is against them. We know this approach from the AfD and other right-wing populist parties. In this case, it’s governments. And they will continue these strategies until the last moment. I have no hope of that.

In Hungary, elections will also take place in spring 2022. Can the pressure at least be increased until then?

That in turn is the great hope. Everyone knows that Viktor Orban has been slipping massive European funds into his pockets and those of his relatives for many years. A new foundation was recently set up – funds are being outsourced there that he would have access to even if he were defeated or if he resigned. It’s incredibly bold. We also know from the EU anti-fraud authority OLAF that there is evidence of fraud. Every day more money trickles into the dark channels of Viktor Orbans and his clan.

Rule of law in EU countries at risk: Barley also worries about Slovenia

But other states are also worrying the EU.

Yes. This wave has spilled on from Poland and Hungary – there are also massive problems in Slovenia, for example. What many do not know: Prime Minister Janez Jansa is a buddy of Orban’s. Some of the Slovenian media have already been integrated into this Hungarian foundation and the harassment of the media is continuing here as well. So this danger is spreading. In Slovenia, however, Jansa’s government majority is still quite fragile. This is another reason why it is important that the EU now sends a clear signal – in order to prevent these practices from spreading further.

In Germany, too, there will be elections in autumn. In your opinion, what should a new federal government do to support the rule of law efforts – and have the GroKo also failed?

I would have liked a more prominent role in the Council Presidency. Above all, it would have been important that the CDU and CSU had a clearer demarcation from Orban’s Fidesz – in some cases that has still not happened. You did not manage to expel her from the group. In the end he quit himself. And greater awareness would also be needed in the German economy – many may not realize how much their cooperation with the Hungarian government actively supports Orban.

They ran a bite in General Paz as if it were a video game, they filmed themselves and almost caused a tragedy 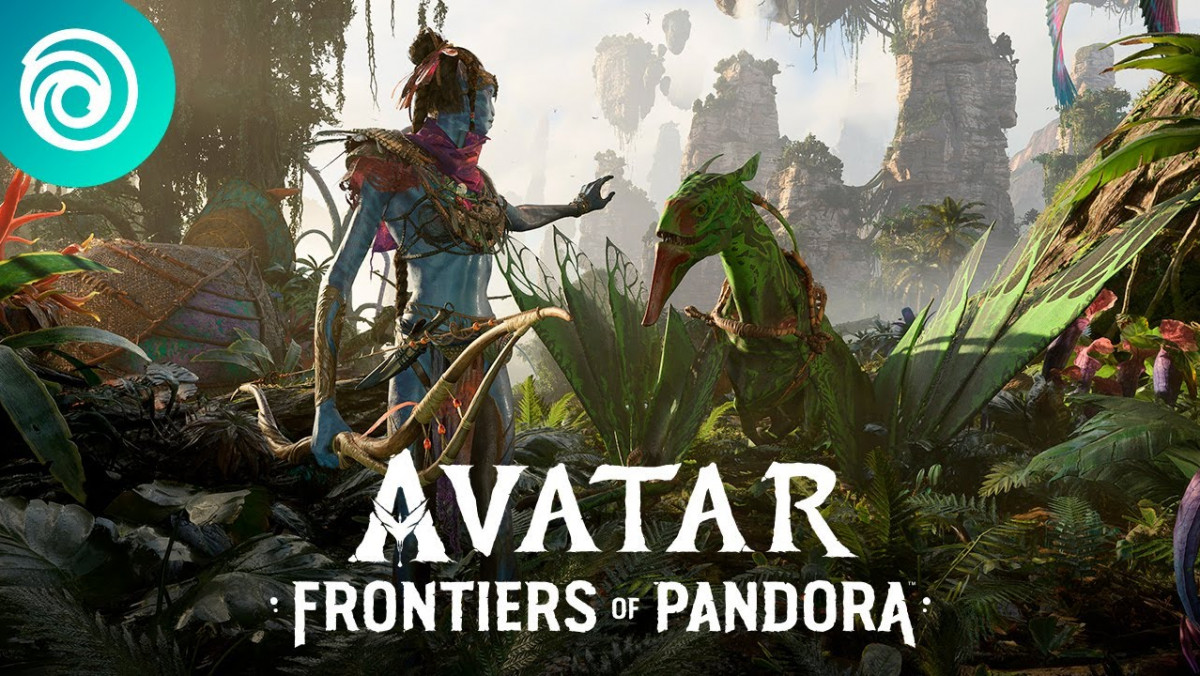 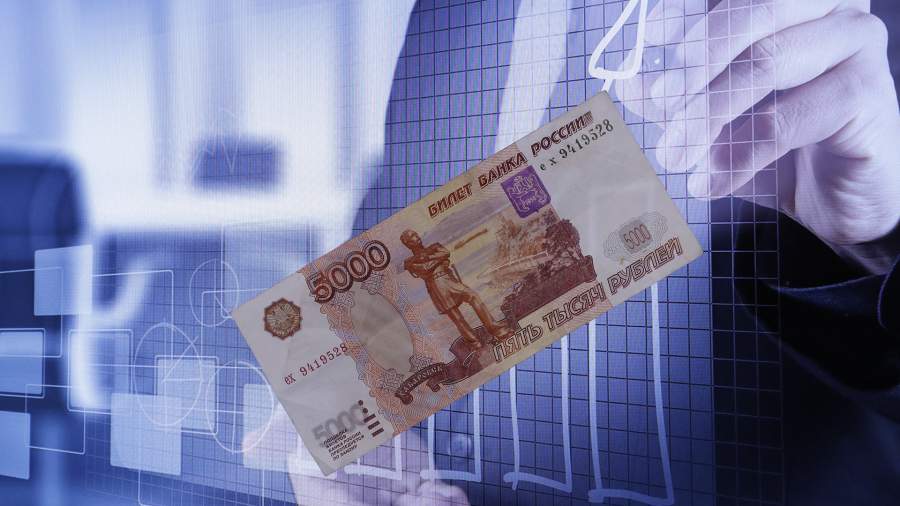 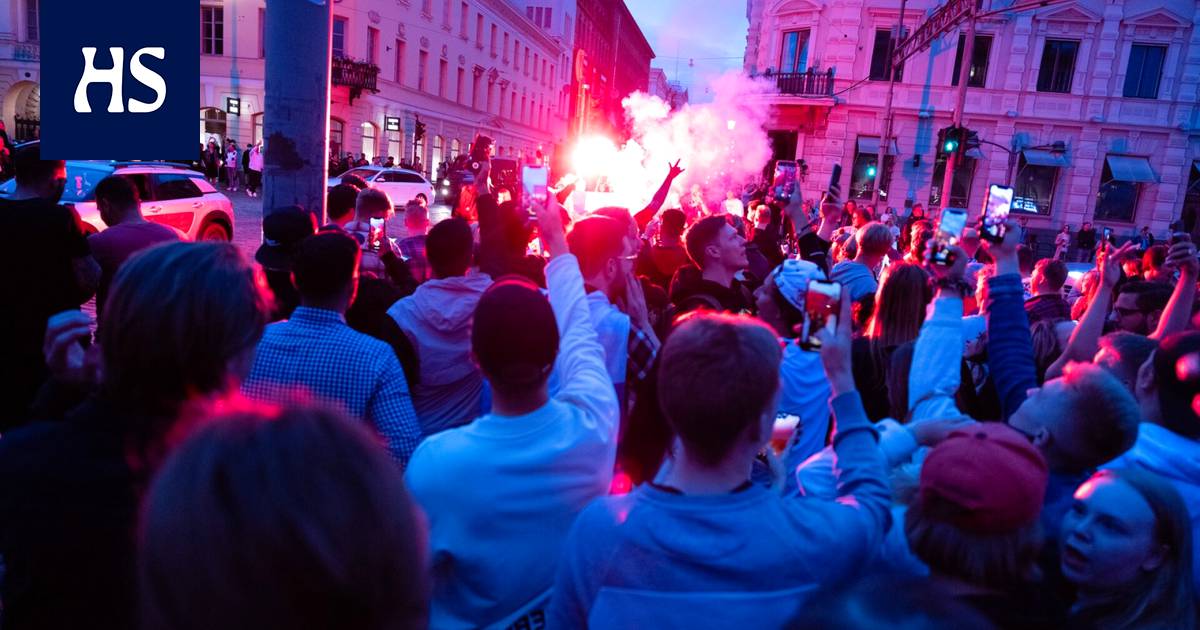 A motor ship towing another ship sank on the Volga

Dance evaluation Quartet dance performance tests the norms: it is still rare for those defined as mentally handicapped to become main performers